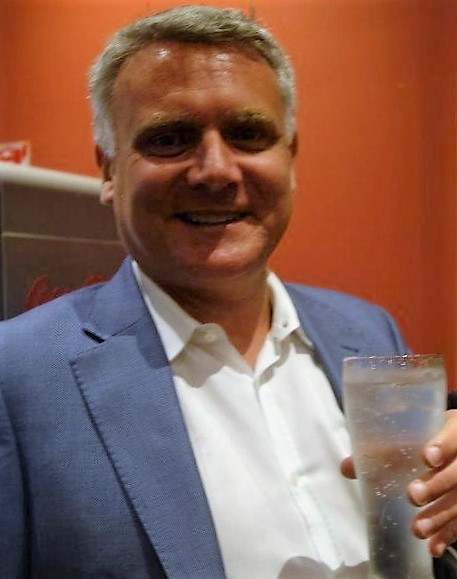 There are two kinds of political leaders: transformational types with a grand plan they wish to implement, and others who want to run a steady ship with as few surprises as possible. Public Affairs Consultant and commentator Matthew Hooton has seen many examples of both during his time in the public arena.

Speaking at Plimmerton Rotary on 3rd May, Mr Hooton gave examples of transformational leaders as Jim Bolger and David Lange, while in the “steady as she goes” camp were the likes of Robert Muldoon and Helen Clark. “I would also include John Key in the latter category although there is one transformational policy that National is continuing to implement, which is in the area of social policy.”

New Zealand seemed currently to be in comparatively good shape under National, with around 4% per annum growth, positive progress in race relations, and valuable trade treaties with South Korea, China, India and the EU. National had handled the aftermath of the Canterbury earthquakes, and the Global Financial Crisis, very well indeed. “The frustration I have is that someone of John Key’s calibre could have delivered so much more for New Zealand. He could have, but he didn’t.”

The political landscape was likely to change at the next election. “At the moment you have Labour polling at about 20%, the Greens at 15% and NZ First also at 15%. This could be the shape of the next Government. In fact the National Party’s own polling suggests that if an election were held tomorrow, a coalition of Labour, Greens and NZ First would gain 61 of the 120 seats in Parliament.” There was a perception that National had “run out of puff – they’re not dynamic young things any more.”

Mr Hooton found it ironic that when John Key originally came to power, Winston Peters was a significant force in the political landscape. “Now we see that at a time when the Prime Minister’s role could well be up for grabs, Mr Peters is again likely to be a key player. And you have to ask the question, what exactly is it that Mr Peters has done for New Zealand, really, in all his years in office? It truly is very sad.”

Perhaps the most significant factor in NZ’s political landscape was what Mr Hooton referred to as the abject failure of the Labour Party. “The problem they have is that large numbers of their former supporters have been liberated by trends such as the incredibly low cost of international travel, coupled with the rapid increase in use of the internet. Because of such trends these people don’t feel down-trodden or disadvantaged any more. They are the reason that Red electorates throughout the country are gradually turning Blue”.

In answer to another question, Mr Hooton suggested that India was the country to watch in the future. “On the one hand they have what is probably the worst pollution on the planet in their major cities. On the other hand, they are the second largest Muslim nation in the world, and they are a democracy. Millions have been lifted out of poverty. They are turning out vast numbers of well-educated graduates. In time I can see that Hindi will become the preferred second language in schools around the world.”

DG's May newsletter
This is now available on our Home page.

Will anyone in the Ministry listen?
Next Tuesday we again welcome Joy Allcock, Literacy Consultant. Her presence will be timely in view of the articles that are appearing in the Auckland Herald this week. What the reporter has to say is entirely true for nearly the whole of New Zealand. But it’s not true for Porirua as Joy’s results are showing. Teachers working on the Shine Literacy project have achieved truly outstanding results in both low and high decile schools. On this occasion, we’re not only going to listen to Joy- a local teacher will be there too, to explain the impact of the project in the classroom. Joy last talked to the club about the project in 2014. This is an evening not to be missed if we truly believe that we can help Porirua primary schools to lead the way nationally.

The Lions club
They are holding a fundraising film evening in early July. The films will be old ones from the NZ Film Archive. More details in due course.

Tax Receipts
Bruce Couch has issued tax receipts for the 2015/16 year, arising from donations and meal refunds. In all, the club donated ~$3300 to the Rotary Foundation, or about $50 per member. This is less than the district target of $100 per member but is higher than most other clubs achieve.

Firewood
Brian Walden is standing in for Peter Lillico on our Firewood project. We have access to a large amount of kindling, which we will bag and sell. A Saturday working bee will be arranged to do this; details to be advised.

Zonta/Rotary Celebrity Debate
Yes, it's time for Round 2. The moot will be 'To develop Mana Island into The Mana Island Trumped up Resort and Casino'. The date is Sunday 14 August 2016 at 4.00 p.m. A venue is being sought and the teams are being chosen. Plimmerton Rotary is taking the affirmative and Zonta will take the negative. It will be an hilarious occasion and we need to start promoting it soon. After the success of last year's debate we don't think there will be any difficulty in selling tickets. It's just a case of everyone getting out there and talking about it. A wonderful way to spend a winter afternoon!

A treat in store
You may not know that there are now seven power point presentations of changeovers on the Intranet. They are presentations since 2001-2002 (with a few gaps in between). Brian Greaves has just loaded his and it brings back many happy memories, with many photos of members and friends, including some who are no longer with us. You can find it here: Go to Club Intranet + log on + Visual memories year by year (right at the bottom of the right column). When you get there, you may find that you want to browse through all seven offerings!

Our Exchange student on ANZAC day
Michael and Judy Parker are hosting our next exchange student, Laurie Boytard, in mid July. She and her family attended the ANZAC commemoration near Amiens and sent this photo. Club members may like to meet her at the airport when she arrives: details to follow.

Nepal, one year on
We've received an email from Denise Duke who came to speak to us in February, thanking us and bringing us up to date. She sent some great photos so I've written a blog with her words and photos.

View from the Hill
+ Text Size -
Do NOT follow this link or you will be banned from the site! Original generation time 2.0149 seconds. Cache Loaded in: 0.0747 seconds.