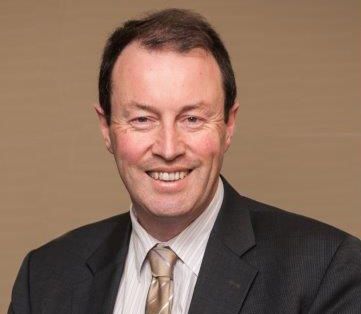 Graduates from New Zealand’s universities are six times more likely to find paid employment, compared with young people who do not attend university.

Speaking at Plimmerton Rotary on 1st September, Chris Whelan, Executive Director of Universities New Zealand, explained that whereas the unemployment rate of graduates, three years after leaving university, was 2.5%, the overall unemployment rate for similar aged young people generally was 14%.

“Employers regard a degree as a qualifier, a first step, in determining whether a candidate will be a good employee. So a degree gets the job seeker onto the “long list”. To move from there to the short list, employers are looking for people who have had life experience, for example, travel, volunteering, being active in clubs and societies, work experience, and been successful in these endeavours.”

Mr Whelan noted that the annual earnings of university graduates were likely to be double the earnings of school leavers with no qualifications.

Some 28% of graduates would find employment in the professions such as law, accounting, medicine, engineering and teaching, while 53% would work in industry-based organisations such as finance and information and communications technology. The remaining 19% would find work in the field of arts and culture.

Mr Whelan noted that a major change had occurred in recent years with university libraries. “Whereas our libraries used to have large numbers of bookshelves crammed with books, now the library can be anywhere. It simply consists of tables and chairs, plenty of power points, and comprehensive Wi-Fi access. Students can access any information they need through their laptops or tablets.”

Universities New Zealand was basically an association of the eight university Vice Chancellors, who regularly collaborated to ensure consistent high standards. “Ours is a Statutory Body, charged with approving all programmes in all of our universities. We regularly advocate to Government on issues that concern us, as well as striving for best practice throughout our eight campuses.”

Between them, NZ’s universities earned $1 billion annually, sold services of a further $500,000 each year, and employed 20,000 staff. “We are very proud of the fact that all eight of our universities rank in the top 500 universities worldwide for quality, reputation and excellence. No other country on the planet has all of its universities in the top 500.”

DG Simon's September District Newsletter
You can find Simon's newsletter on the following pages within the website - Home, Meeting Reports and Communities. You may need to scroll down below the 'fold' (what you can't see on your screen when you first open the page). You can't miss it! He wants to make sure everyone has a chance to enjoy it, preferably while enjoying a glass of Pinot Noir. And remember, he's visiting on 29 September so there may be a quiz!

Fighting for Gender Equality
On page 20 of the August Rotary Down Under Magazine, there's an article by Euan Miller describing 'My Rotary Moment'. I wonder if he's seen the report by Barbara Walters of 20/20 who did a story on gender roles in Kabul in Afghanistan several years before the Afghan conflict. She noted that women customarily walked five paces behind their husbands.

She recently returned to Kabul and observed that women still walk behind their husbands. Despite the overthrow of the oppressive Taliban regime, the women now seem happy to maintain the old custom. Ms. Walters approached one of the Afghani women and asked, 'Why do you now seem happy with an old custom that you once tried so desperately to change?

'The woman looked Ms. Walters straight in the eyes, and without hesitation said, "Land mines."

The moral of this story is that no matter what language you speak or where you go, behind every man, there's a smart woman!

Next week's meeting
As you can see on the Programme page, Helena (Ellen) Sader, our (shared) Rotary International Exchange Student, will be coming to talk to us. Do come and enjoy what she has to say about her experiences so far.
Also next week there will be quiz about Flags.

Our amazing teachers
Six of our members were late for the meeting because they had accepted an invitation to attend a 'Report on progress with the Shine Literacy Project' delivered by Professor James Chapman from Massey University and Joy Allcock, Literacy Consultant, who created the project. Professor Chapman told us that New Zealand has the longest tail of poor achievement in literacy in the world, and unless we do something differently, this won't change. However, the results from the first year are remarkable and statistically significant in reversing this trend. This year's trial tested over 250 children in 32 schools. 17 schools were trialling the approach and although the study only tracked the progress of about 130 children, all children in their classrooms were being taught this way. Now that most of the comparison schools are picking up the approach, there will be 28 schools using the approach and about 2,600 children will be exposed to it. As Joy said, 'this is an idea that has grown because of the skill of the teachers'. As soon as a report is written about the evening, a link will appear here.

Helping out in Nepal
Friends of Donna's have been doing great work in Nepal. Gwyn has offered books but we need suggestions about how to get them transported. Any ideas? 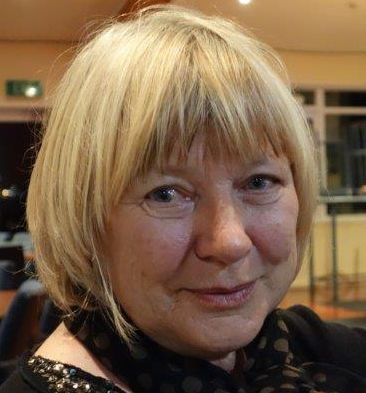 A new member perhaps?
Connie Palmer came to visit again - and was one of the six who went to Joy's presentation! In view of her position as Dean of International Exchange Students at Aotea College, we feel sure she'll be interested to hear what Helena has to say next week. She will make a great Rotarian.

The Graduate
+ Text Size -
Do NOT follow this link or you will be banned from the site! Original generation time 2.1044 seconds.