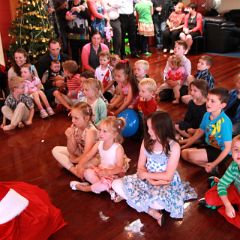 What a fantastic evening the Rotary children, grandchildren and visitors' children had on 2 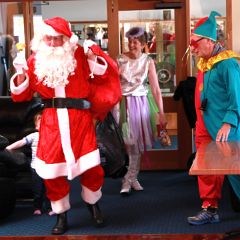 December. They had good fun, good food and a visit from Santa Claus.

Thanks to Alan Nichols and Peter Cox for organising it and to George Bright and Dianne Roberts for their important roles too.

These are just a few of the photos but you can see many more here. 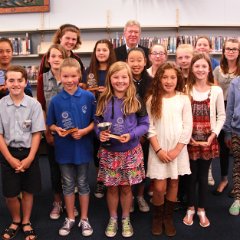 The Paramoana Speech contest was a great success with 16 contestants overall. The contest was split into two sections -  Years 5-6 and years 7-8. The eldest children were only 12 years old. 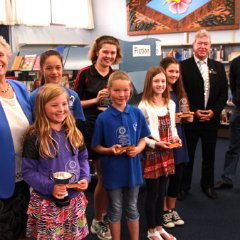 The children all spoke with confidence and made very little use of notes. Plimmerton Rotary has beenponsoring and supportinghis contest since 2003.

Our thanks to David Knight for his input although he was not there on the day because he was having shoulder surgery in hospital. Julie McLagan kindly stepped in to be the Rotarian in charge on the day.Thanks also to Judges Wendy Betteridge, Bill McAulay and Carol Dring.

And a huge thank you also to Graham Craig, our official photographer who took the photographs at this and all of the other events. Go here to see more of Graham's photos. 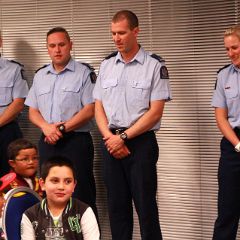 The Porirua kid's Christmas Party was agreat success despite the “no show” of the Sports organisation which had agreed to come and lead the kid's games. 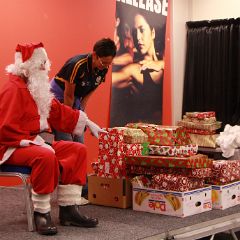 Luckily some enthusiastic Police Cadets turned up and,  with the help of our own volunteers were able to bridge the gap.

We were grateful to Ross Garner for organising the function, to Tim Beere for donning the red suit again, and to all those who helped on the day.
You can see more photos from the party here. 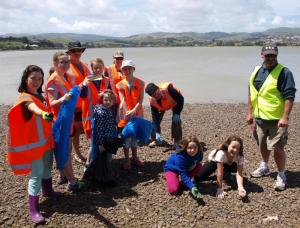 The Inlet clean up,  organised by the Guardians of the Pauatahanui Inlet, was a huge,success with a massive turnout of over 90 people. You can read more about the 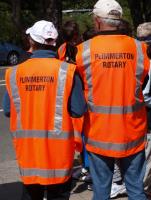 event on their web site here.

Plimmerton Rotary put their backs into the clean up and organised the barbeque at the end of the working bee and mixed and mingled with all of those who came to help.

Our thanks to Keith Michael and his team for a job well done.

The AGM will take place on 9 December, followed by Committee night for some committees.

We will approve the annual accounts, ratify the new constitution and Bye Laws of the Club, confirm Peter Cox as President for the year 2016-2017, and consider a proposal to keep or review the current process for selection of future Presidents.

Please come along and have  your say.

Party time
+ Text Size -
Do NOT follow this link or you will be banned from the site! Original generation time 1.6977 seconds. Cache Loaded in: 0.0472 seconds.