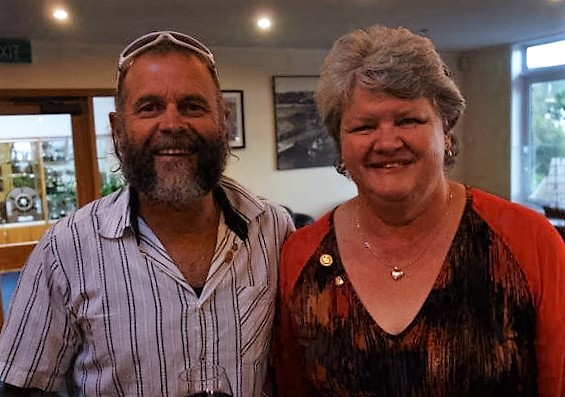 Mr Williams gave a lively and passionate presentation about the difficulties facing young people, particularly young men, when looking for jobs in the trades. “Having grown up in Otorohanga, I decided to follow my dream. I’d been a long-term fan of motor bikes, especially Harley Davidsons, and so at the age of 23 I became self-employed and set up my own motor cycle repair centre.”

Mr Williams found that despite the high rate of youth unemployment in Otorohanga, he had no trouble attracting suitable staff for his business. “The big employers in Otorohanga such as Giltrap Motor Group and Freightlines Transport seemed to have a bias against young people unless they were suited for office work. They didn’t seem to be interested in taking on young people in the trades. The young guys I took on would probably have been classed as rascals by the local High School, but they all worked hard for me, and did a great job.”

Over a period of time Mr Williams opened up several more motor cycle centres across the Waikato, easily finding suitable staff for all of them. He became an Otorohanga District Councillor and later served three terms as Mayor. “While in office I decided to try and do something about the mismatch of employment opportunities in the district, where we had plenty of young men keen to learn a trade but we had employers who apparently weren’t interested in taking them on. I approached the guidance counsellor at the local high school and it turned out that he didn’t really like young people, so that wasn’t very helpful. Fortunately he was replaced soon after my visit.”

Mr Williams approached the local Polytechnics but none of them offered courses for those wanting to become tradespeople. He visited local employers and persuaded them to help design courses for the trades, which the Polytechs then agreed to include in their offering to students.

Mr Williams made it clear to employers that, as they had helped design the courses, they had an obligation to employ the students when they graduated. “We set up a scheme whereby a new employee, and the employer taking them on, had a support person provided free of charge for the first three months. The role of the support person was to help nurture the relationship between the employee and employer during that critical early period, being on hand to help either party as and when needed.

The results were outstanding. “In a very short time, despite the fact that two high profile gangs were well represented in our district, we had zero youth unemployment and zero youth crime.” Mr Williams received a steady stream of compliments from employers about their new young employees, who employers described as “reliable, disciplined, and enthusiastic.”

Turning to the bigger picture, Mr Williams noted that future population trends in all western countries pointed to a dramatic increase in the proportion of people over age 65, with an equally dramatic decline in those aged under the age of 20. “In future, employers will find it harder and harder to find new employees because there just won’t be enough of them. Young people will be able to call the shots about what sort of work they want. “I’ve had many conversations with kids aged 11, 12 and 13, and these kids know exactly what they want. They want jobs that will make a positive difference to the planet and to the wellbeing of others. They are very clear about this.”

Mr Williams has recently linked up with Partners Porirua, through whom he is keen to find people willing to act as volunteer mentors to new young employees and their employers. “If you would like to help, please get in touch with me by email".

Editor's note:
I was so impressed with Dale's talk that I had a google on Wednesday morning and found this. For those of you who missed Dale's talk, or would like to hear him giving a TED talk, here it is. 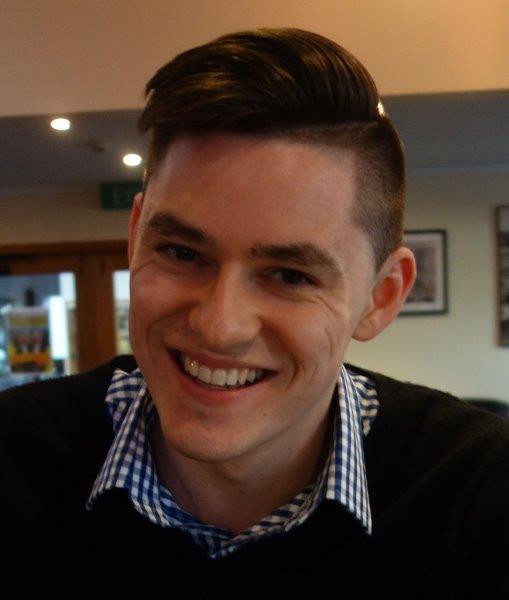 Plimmerton Rotary recently sponsored local university graduate Jordan Coleman to the Rotary Youth Leadership Awards Programme held in Upper Hutt. RYLA is a five day course designed to expose young people of proven ability to presenters who are all highly successful in their chosen fields, thereby helping to accelerate the growth and development of participants.

Jordan was very impressed by Wellingtonian Tanemahuta Gray, professional producer, director and choreographer, who spoke about his lifelong passion for aerial acrobatics. “”The way he delivered his story with such passion made it stay with me. I understood the energy and commitment it took for him to succeed.”

Another memorable presentation was from former NZ Race Relations Conciliator Gregory Fortuin, who spoke about the struggles endured by his family growing up in South Africa during the apartheid era. “He was brutally honest in his presentation, and I found his comments to be shocking and heart warming at the same time. He was truly inspiring.”

Also on the programme was Plimmerton Rotary member and author Wendy Betteridge. “Wendy taught us how to anchor a memory of a time when we had experienced something positive in our lives, choosing somewhere we wouldn’t usually touch (I chose my lower back). In the future, whenever we felt challenged by something, we could touch the anchor and that memory would come back to us. This is a very useful technique that helps me when I’m stressed out”.

In addition to speakers’ presentations, course participants took part in fun activities, as well as raising funds for charitable causes. “Altogether we raised about $1500 to purchase three Rotary Emergency Response Kits, which are deployed in our part of the world whenever there is a disaster such as a severe storm or flood.” 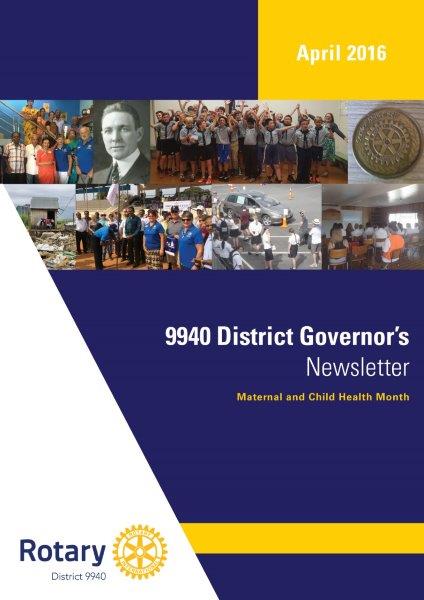 DG's April Newsletter
You can now find this on our Home page (bottom of the right margin). If you look at Page 4 you'll see a fundraising invitation from Porirua Rotary to an Indian lunch at the Whitby Taj on Sunday 24 April. We could get up a bit of a party from Plimmerton perhaps.  Simon is asking for anyone who makes a last-minute decision to attend Conference to apply as soon as possible so that they can do their planning.

Book Fair 2016
And the good news is that the final profit from the Book Fair 2016 is $17,000 which will be shared equally between Life Education Trust and our club. Congratulations and thanks to Allan Nichols and all his band of helpers.

Rotary Best Speaker Awards
Generously sponsored by Tommy's, the Event is now up on our Events page so do have a read and see if you can think of anyone you know who might want to enter the Awards. 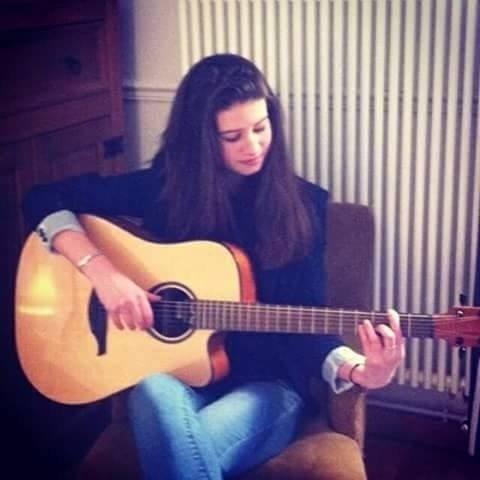 International Exchange student from France
Laurie Boytard, from Amiens in France, will be coming to join our club in July. She will be 18 in August. She loves languages and is studying English, Spanish and Chinese as well as French.  Laurie's host families will be the Parkers, the Doigs and the Walmsleys and her mentor/counsellor will be Cath Berryman. Host families should know that there's only one food that she doesn't appreciate - rice! And she says that although she loves animals, she has an insect phobia! Her goal is to become either a children's judge or lawyer. She describes herself as curious, sociable and helpful. In her spare time, she likes playing the guitar, hanging out with friends and family, and shopping. It sounds as if she'll fit in really well. 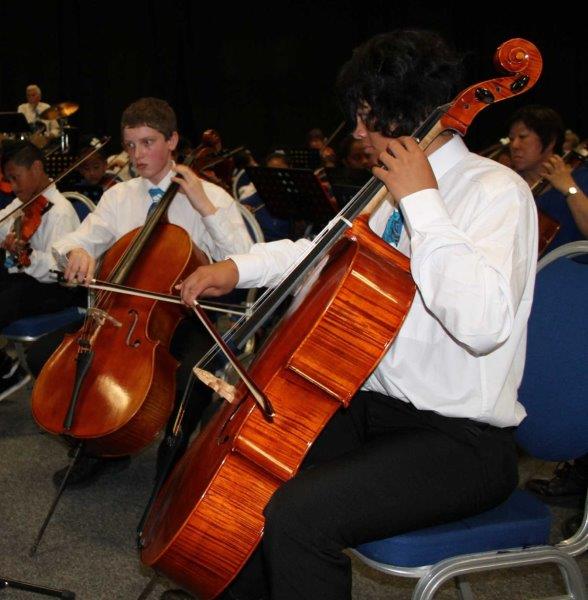 Virtuoso Strings
Elizabeth Sneyd is coming to talk to us on 24 May. When you have a moment, you might like to check on the blog written about Virtuoso Strings on the Talent site.

Never judge a book by its cover
+ Text Size -
Do NOT follow this link or you will be banned from the site! Original generation time 1.8392 seconds. Cache Loaded in: 0.0605 seconds.