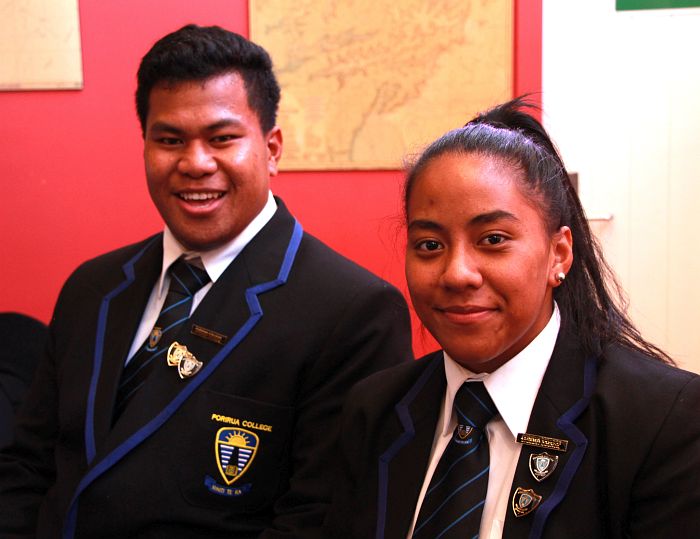 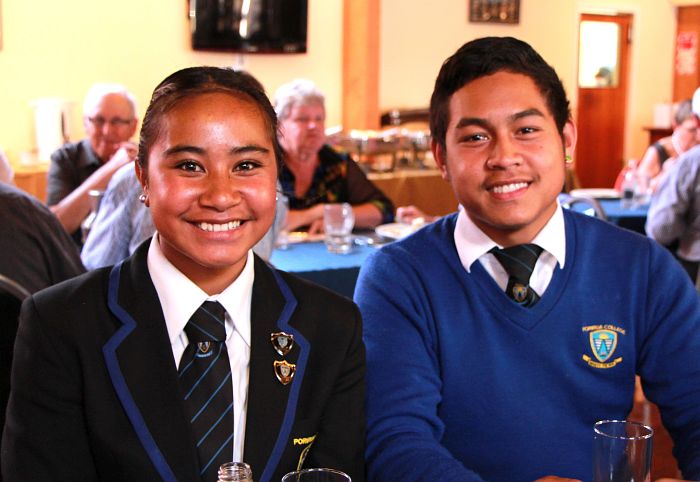 Iosefa and Eirenei spoke about their recent attendance at Rotary’s RYPEN (Rotary Youth Programme of Enrichment) course which took place at an outdoor camp near Taihape. Erenei  found the course to be “challenging but awesome” while Iosefa spoke of his inherent shyness being replaced by a new feeling of self assurance. Both had learned important leadership skills together with a high level of self confidence.

They expressed extreme gratitude to Plimmerton Rotary for enabling them to attend the course. 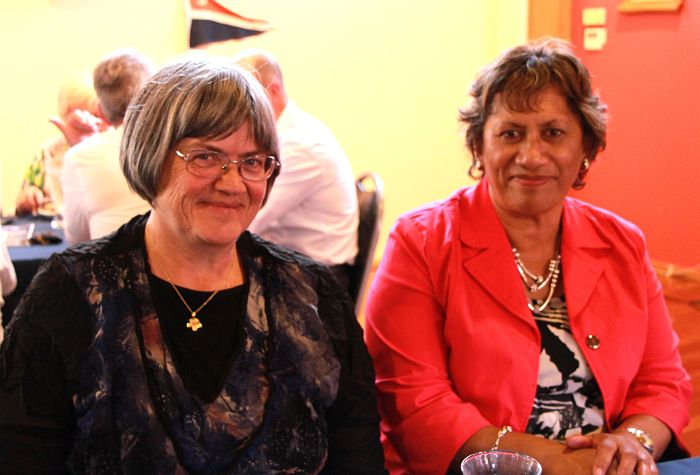 Maxine Williams noted with pleasure that since 2010 a total of 8 students from Porirua College had participated in RYPEN courses, and all had gone on to become prefects and achieve at a high level academically, both during their school years and later at university.

Erenei and Iosefa described their duties as school leaders, helping as required with activities as varied as assemblies and athletics, while also helping to guide younger students, and promoting the “three P’s” – Playing sports, Positive relationships, and Powerful Learning.

Susanne Jungersen spoke with immense pride about Porirua College’s philosophy of developing powerful learners. “We encourage our students to develop an understanding of the importance of service through leadership, and the importance of leaders giving back to their community.” She wanted students to end their school days “with a flourish”. 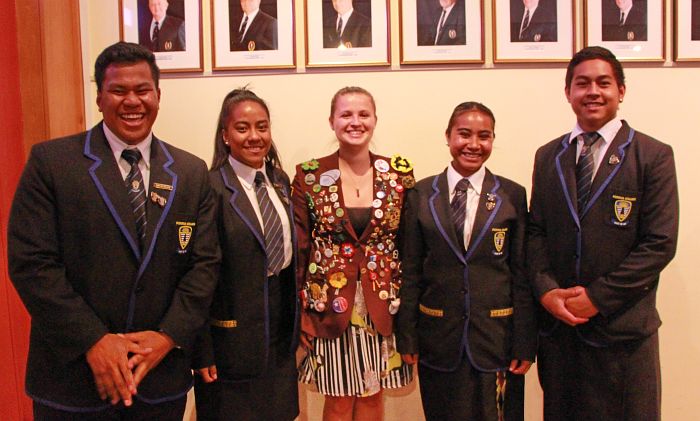 She encouraged all students to follow three rules: “work hard, choose your friends carefully, and bombard teachers with questions.”

“We strongly encourage a CAN DO attitude. We don’t want our students to just achieve in their exams. We want them to pass with Merit or Excellence. Mere achievement isn’t good enough.”

High Standards expected at Porirua College
+ Text Size -
Do NOT follow this link or you will be banned from the site! Original generation time 2.1442 seconds. Cache Loaded in: 0.0374 seconds.