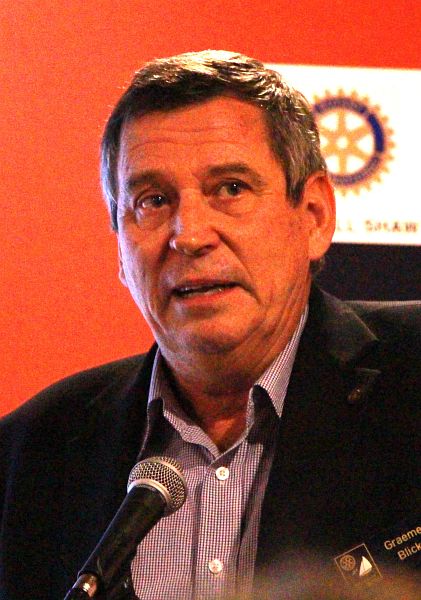 The Antarctic continent is basically a mystery for most of us. We know about the vast expanses of ice and snow, the penguins, and of course, Mount Erebus, and we’ve heard of Scott Base, but that’s about it.

Filling in the gaps and joining some of the dots was the task of Graeme Blick, Chief Geodesist at Land Information NZ. A Geodesist is an expert in applied mathematics as it relates to the study of the shape and size of planet earth and the exact position of points on its surface. Mr Blick, a member of Plimmerton Rotary and a past District Governor, demystified Antarctica for members and guests when he spoke at the Club meeting on 7 April.

A veteran of 9 visits to Antarctica during the past 30 years, Mr Blick said the hardest part of visiting the place was the trip down there and back. “We use the NZ Airforce Hercules aircraft which are about 60 years old, pretty slow, and have no mod cons at all for passengers. The trip takes 8 hours each way.”

Once there however, a magical world opened up. With the aid of many superb photos, Mr Blick took his audience on a tour of the southern continent. Accomodation at the neat and tidy Scott Base was comfortable and warm, while getting about was easy with modern, motorised transport. Scott Base could house up to 90 people at any one time, whereas the nearby American base at McMurdo Sound could handle up to 1400.

“We take all sorts of measurements on these trips, including wind speeds; tide levels; the general sea level which is rising at about 3 mm per year in that region; the level of CO2 in the water; and we also observe the general health and wellbeing of the local wildlife which includes penguins, seals, whales and birds.”
“The emperor penguins are hugely impressive. If you stand still for a while they will come right up to you to have a close look. Most of them are well over a metre tall so when they look at you they are more or less at the same level as you are, looking straight at you rather than up at you.”

Mr Blick explained the rationale behind some of the work that he and his team carried out. “Most people aren’t aware that the earth’s crust is flexible. If there is a large weight on it, like the Antarctic ice shelf, then that part of the crust will sink downwards under the weight. Conversely, when the ice melts, as it is tending to do over an extended period, the earth’s crust lifts upwards because there is less weight pushing it down.”

On a philosophical note, Mr Blick said he never failed to be impressed by the vastness and grandeur of Antarctica, with its fascinating ice sculptures formed by nature, the clean air, the unspoiled expanses of ice and snow, and the amazingly varied vistas that opened up when looking at the view from a high point. “You are aware of the overarching stillness of the place which causes your inner self to be still as well. Also, you realise how insignificant you are in the overall scheme of things.”

“I often think of a plaque inside the little church at McMurdo Sound. It says simply: Peace and Unity. To me this is a wonderful philosophy of life. If we could all live in peace and unity there is nothing that mankind could not achieve.” 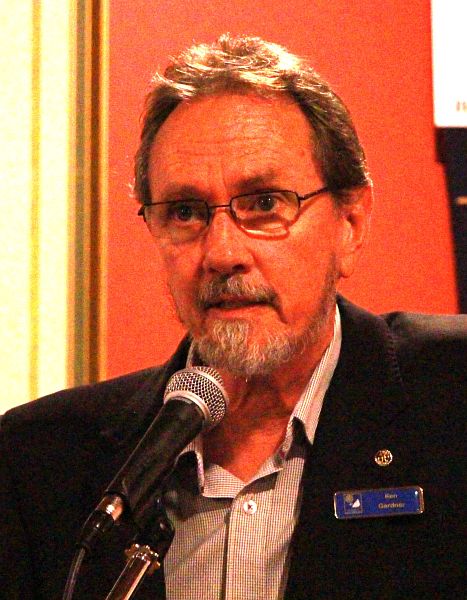 New Member Ken introduced himself to the Club.

Ken hails from South Africa. His father and grandfather had both spent most of their working lives in the motor trade and so it was perhaps inevitable that Ken would also carve out a career in this industry. He started out following in their footsteps and in time he moved more into the electrical side of the industry.

From there he established his own very successful company, servicing whiteware appliances.

Eleven years ago Ken decided to emmigrate to New Zealand and he settled his family in Christchurch. He has held positions with McConnell Dowell Construction, and more recently with Connectrix, in Christchurch and now in Wellington.

Boychoir Movie outing - 30 April 2015  at 6.00 pm at LightHouse Cinema, Pauatahanui. You can read about this evening with Inner Wheel on our Event page here.

It's easy to register for this special event on Sunday 26 April. Go here.

Julie McLagan's report on the final of this event is on our site as a blog. You can read it here.

Beautiful Antarctica
+ Text Size -
Do NOT follow this link or you will be banned from the site! Original generation time 2.2011 seconds.