For too many young people in the Porirua region, simply having a job can make all the difference between a normal existence and a lifetime of drug-fuelled mayhem. But finding employers to take on young people with severe problems is a major, ongoing challenge. 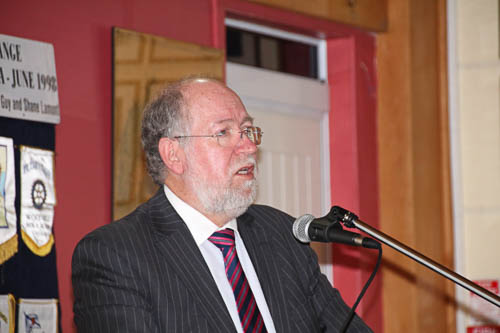 Speaking at Plimmerton Rotary on 9 September, Porirua District Court Judge John Walker said that in his experience, 80% of young offenders went off the rails through excessive consumption of alcohol and other drugs, often from a very young age. He noted that unless these underlying causes were fully addressed, the same problems would continue into the future.

The main issues affecting young offenders were: mental health, dyslexia, head injuries (from too many fights and car crashes) and foetal alcohol, that is, where the mother had been drinking excessively while pregnant. A large proportion of young offenders were from broken families, and did not attend school regularly, if at all. Judge Walker noted that as a result, many young offenders had learning difficulties, and struggled to communicate.

But there was also some good news. In the whole of New Zealand in the year 2009, the number of offenders aged between 14 and 17 facing the courts was around 5000. In 2013 that number had reduced to 3000. Locally in Porirua District, which covers the area from Tawa to Kapiti, the reduction was from 143 to 43.

A large part of this improvement came from positive early intervention by the Police and Child Youth and Family, which meant fewer offences needed to be dealt with by the Court.

When young offenders were asked what they dreamed of, most said they would love to have a job. Types of jobs often mentioned included being a chef, a mechanic, or joining the Army. “The key issue here is that employers who are thinking of taking on a troubled young person need to be extraordinarily understanding and compassionate. Such employers are, understandably, a rare breed.”

Judge Walker knew of at least one local employer who had not only taken on a young offender, but also during work hours had undertaken to uphold the terms of the offender’s home detention sentence. In other words the employer had contracted to keep the employee at the workplace during work hours. 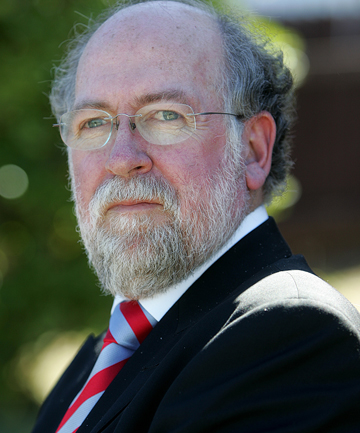 Judge Walker spoke passionately about the power of Restorative Justice conferences which were becoming more frequent. “These sessions are called family group conferences and are held at the District Court but everyone sits on the same level in a horse shoe shape. The people present are the offender, the victim, two people from Porirua Police Youth Aid, a forensic nurse, someone from Alcohol and Drug Abuse, someone from Child Youth and Family, and the Judge – either myself or Judge Jan Kelly.

“These conferences usually produce powerful outcomes. Something special happens when the offender and the victim coming face to face with each other. For the first time each party gains an understanding of the other’s point of view. The power of an apology has to be seen to be believed. Frequently there is a lot of hugging and tears. Sometimes there is even an offer of a job for the offender.” 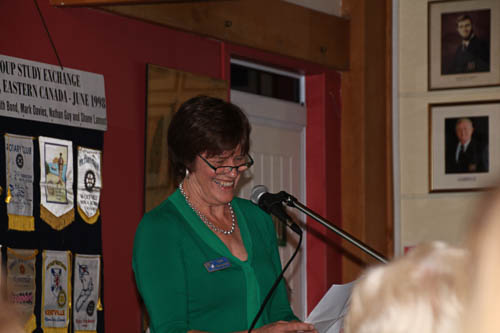 Cath Berryman told us about herself and about her upbringing. Cath’s parents were Dutch and came to New Zealand to start a new life after the war. Cath came from a large family and had 3 sisters and 4 brothers. Shehas a reasonably large family of her own of 4 sons, 1 daughter and 7 grandchildren. Cath has a BA in Psychology and a Masters in Social work (applied).She was a Social Worker for Child Youth & Family for over 10 years and is currently Practice Manager at Open Home Foundation. 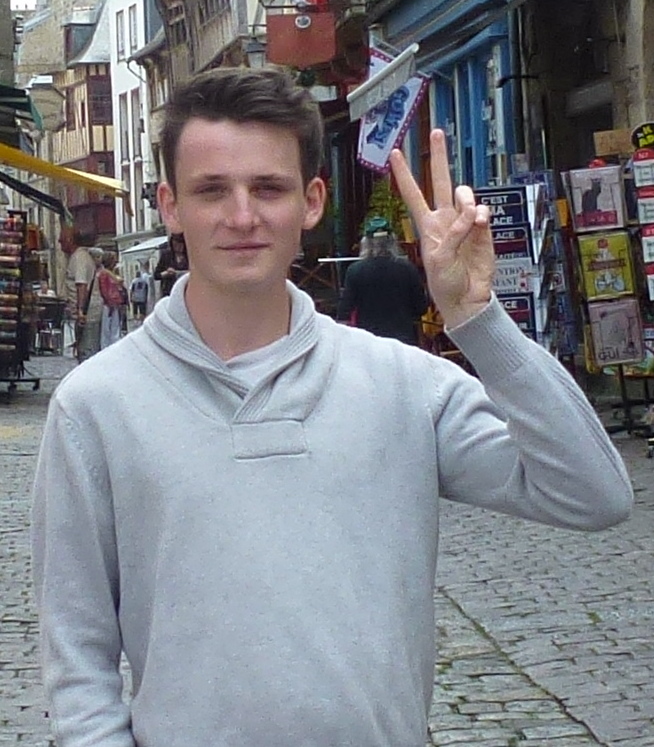 You will all remember Cyril, our exchange student from France a few years ago. During his summer holidays he worked on an oyster farm which was hard work. Cyril did very well in his Final School Exams and has been admitted to a very high level University in Nantes which is 2 hours’ drive from his home town. Cyril will be studying Political Sciences and Economics. He will live in a small apartment in the city centre and will organise his life by himself. He says he will contact the Rotary club of the District and probably engage himself. He plans to stay there for 3 years and then move to Paris.

He often thinks of us and says hello to all of our great family, especially all of his host parents.

Stephen Baker is organising a Sponsored Walk which will utilise the Te Ara Piko Pathway and many of the walkways around Whitby. This project will raise public awareness of the Te Ara Piko Pathway as well as being a fund raiser and a great family day out. Stephen is looking for people to join his project team to help organise the project. This is a golden opportunity to get involved and you can be a part of this project even if you are on a different Rotary Committee. Please support Stephen to make this another successful project.