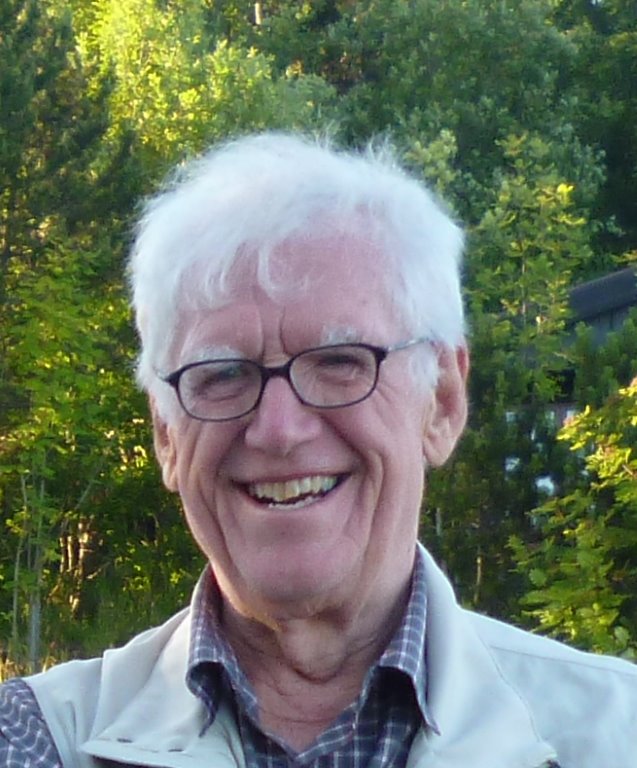 Mike Doig has written of a memory he has of a holiday in 1968. He writes,

'The Ukraine crisis has reminded me of things which I witnessed, just by chance, over 50 years ago.

'To most people, the ‘Prague Spring’ of 1968 is something you might read about in history books.

'Since 1945 Czechoslovakia had been firmly in the Soviet Bloc, with a succession of pro-Russian hardline communist governments. But in early 1968 a new and liberal government took over, headed by Alexander Dubcek. He gave more freedom to the press, allowed foreign travel, and began to liberalise the economy. The Soviets saw this as a threat to the unity of the Communist Bloc and were determined to remove Dubcek and install a more Moscow-leaning government.

'In 1968 I was planning a mildly adventurous holiday behind the Iron Curtain, destination Moscow, so I joined a little group traveling in a minibus. There were ten of us, from the USA, Canada, the UK, and Australia. We picked up Nina, our compulsory Intourist guide, on the Finnish-Russian border. She stayed with us until we left Russia for Poland. Nina was charming but unduly interested in everything we did and said. She had a habit of leaving the group to use the telephone every time we stopped. We guessed she was reporting to the Intourist, or possibly KGB, HQ. We had been warned in London that every member of Intourist was a part-time member of the KGB.

'After Moscow, we drove west through Belarus towards Poland. Leaving Russia behind we began to feel light-headed. It may have been in our imaginations, but as we went further west we saw fewer police, fewer soldiers, and the local people seemed less hang-dog and more cheerful.

'The plan was to spend a few days in Poland, then head for home via Czechoslovakia and West Germany. We had no visas for East Germany, so we had no choice.

'In Warsaw we heard that the Czech border had just been closed. The Warsaw Pact armies had invaded Czechoslovakia in order to suppress the ‘Prague Spring’. 200,000 soldiers from Russia, Poland, and Hungary had entered the country, with 2000 tanks. They quickly seized the airport and radio and TV stations. The Czech army was ordered by the government not to resist.

'We watched events unfold on state-controlled Polish television. It showed angry mobs in Prague. There were shots of youths painting swastikas on walls. The message was that Dubcek had staged a Fascist-inspired counter-revolution. Then, to the accompaniment of soothing classical music, Russian tanks arrived and flaxen-haired girls smiled and waved and gave posies of flowers to the soldiers in the tanks. We later discovered that this was all carefully staged propaganda.

'A few days later the border reopened, and so began the most exciting part of our trip. We crossed into Czech territory and soon got to Prague, the capital. On the way, we saw fields full of Russian tanks, neatly parked in rows. The tanks had torn up the road surfaces and smashed through fences. 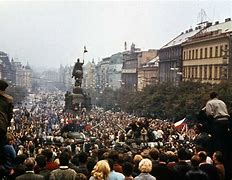 'In Prague itself, the city was in chaos. Street signs and signposts had been painted over. Public transport had ceased to function. There were huge crowds in Wenceslas square, angry but not violent. There had been shooting in the square a few days before, and the government building was pock-marked.

'Our minibus had a prominent GB country sticker, and it attracted a good deal of attention. We were among the first Westerners they had seen since the invasion, and English-speakers were keen to talk. Without exception, they resented the invasion and had harsh words for the Russians in particular. “We were grateful to the Russians for freeing us from the Nazis in 1945,” said one, “but now they have ruined everything. We cannot forgive them.” 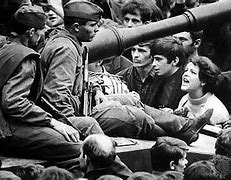 'There were tanks still in the city itself, but instead of giving flowers to the soldiers, the Czechs greeted them with catcalls and rude gestures. The soldiers looked puzzled and scared. They had been told they were on a mission of liberation and would be welcomed. They had been lied to.

'We left after three days. The protests continued for months, led mainly by students. Dubcek was hustled off to Moscow and a more compliant leader was installed.

'We can now see that the Prague Spring was another milestone on the road to the collapse of the Soviet Union in 1991. The invasion was naturally condemned in the West but criticised also by Romania and Albania and by several communist parties in Western countries. The attraction of the ‘Soviet way’ was in decline, and cracks were starting to appear.

'I have visited the Czech Republic three times in recent years, because Petra, my daughter-in-law, is Czech. It is now a member of NATO and the EU and is a prosperous country with a free press and parliamentary democracy.

'To young Czechs the 1968 invasion must seem like a bad dream, but Petra’s grandmother, in her 80s, yearns for the security and predictability of the Soviet era. Everyone had a job, somewhere to live; education was good, and there was no crime, she says. She is in a small minority, mostly made up of old folk. They remember the brutal occupation of their country by the Nazis, which was much worse than anything the Soviets might inflict on them.

'The bullet holes can still be seen in Wenceslas Square. The headquarters building of the old secret police is now a museum. You can visit an old deep-shelter nuclear bunker near Prague, which has been taken over as a party venue by students. These are all relics of a time which the Czechs remember with a shudder, if they are old enough.

'To our little group of travellers it was a more exciting holiday than we bargained for, and we were very subdued when we got back to London.'