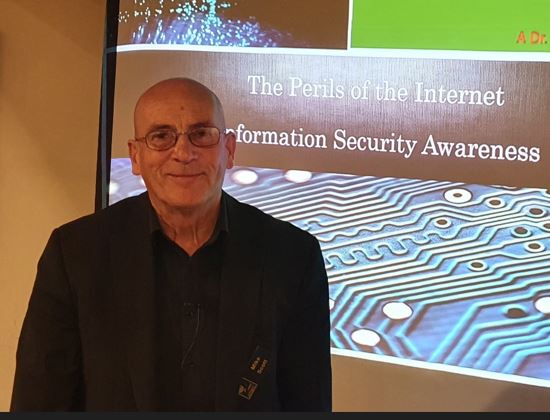 Be Very Afraid - the internet is coming to get you!

This week our speaker was club member Dr. Mike Scott who has high-level qualifications in computing, and in recent years has become a guru in cyber security. He has just retired from the Todd Foundation, where he managed their security, and will continue to offer similar services as a consultant.

The technology behind the internet was born in the 1980s, and it came to the notice of the general population about ten years later. Mike’s PhD was a study of the impact it might have in the future. He got most things right, he says, but he underestimated how it could be used by criminal elements and evil-doers.

Mike’s talk was detailed and well-illustrated, and frankly, quite scary. We have become dependent on the internet for much of our communication with the outside world, and we use it in making important decisions and transactions. The risks this creates are horrendous.

Some of the world’s best computing brains, and especially those in rogue nations like Russia, Nigeria, and North Korea, are engaged in nefarious activities, and they collaborate with each other via bulletin boards. Most are intent on stealing your money, but state-sponsored hackers are looking to gain political advantage or disrupt essential services in other countries.

Mike gave some examples of spectacular internet thefts, some of which have run into tens of millions, and the tools and techniques that hackers use to invade our security. These are many and varied and on a personal level, it is a challenge to recognise and counter them.

He recommends a best practice, defence in-depth strategy, in which we use protections provided by our software suppliers and the use of strong passwords. Above all, we should be suspicious of incoming material, especially attachments to emails, and requests for private information even those coming from seemingly legitimate sources.

A very sobering talk from an acknowledged expert in his field.