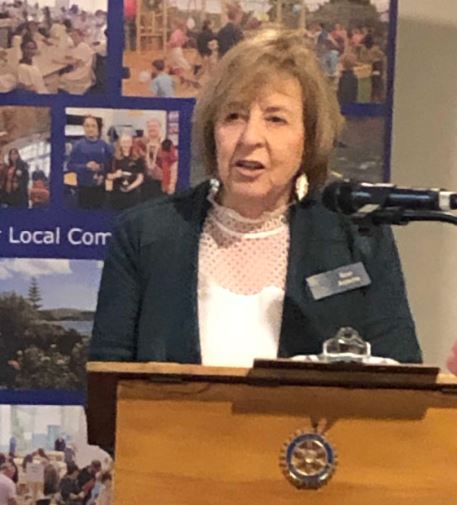 'Not all people agree with each other', said Sue Adams in her Viewpoint on 27 August.

'We all carry opinions; opinions that develop in early childhood. They come from our life experiences, education and university experiences. More often than not, and whether we are aware of it or not, powerful social engineering processes challenge our values, beliefs, political, and religious opinions with the effect of changing the way we think and capturing our minds.

'In this current day and age when, as the older generation, what we were once taught, and what we believed in and considered normal, is questioned and put to the test, how do we deal personally with the changes confronting us today?

'Who do we listen to and how do we form our opinions?  There are news broadcasts from many different sources, NZ news, CBN, BBC, CNN, Al Jazeera, Fox News and others, not to mention social media, all competing to gain our attention and all too often giving us opposing opinions and as we hear often now ‘fake news’. No wonder all people do not agree. It depends on who you have been listening to, who sounds the most articulate and credible and who has the loudest voice. Unfortunately, it’s usually not the one who has maturity, good basic values and common sense.

'Do we have to join the Politically Correct brigade and agree with the majority for fear of offending somebody or to fit in with the crowd and, as a consequence, lose our freedom of speech?

'Or are we strong enough to stand up against that with which we don’t agree and risk being stereotyped racist, fundamentalist, extremist, chauvinist, homophobic, Islamophobic, etc?  I find these recent additions to the English language, divisive and damaging. Please note I used the words divisive and damaging not offensive as this is another word I’m sick of hearing.

'Everyone seems to be ‘offended these days. However, I believe that we all have the choice as to whether to be offended or not.

'Another word that is used a lot nowadays is the word tolerant.  We must be tolerant.  My question to this is tolerant of what? I believe this word is being used deceptively, to control those who have differing opinions because, of course, we all want to be tolerant. It is a positive attribute. However, being considered tolerant can intimidate and manipulate us to go along with something we don’t agree with for fear of being labelled “intolerant”. Another fashionable expression currently in vogue is ‘hate speech’.  What is the definition of this loose label?  We all know that hate is a very negative word and we do not want to be hateful. However, what are the boundaries around what is now considered hate speech?  Are we going to be charged with ‘hate speech’ if our views differ from the latest fashionable trendy ideas that are in vogue today? Is this just leading to another form of control that could cause us to lose our freedom to stand up for what we believe in and consequently again cause us to lose our freedom to speak?

'How do we battle our way through the messages that can conflict with our own personal values, beliefs and what we once considered normal?

'In this rapidly changing world what are the values and beliefs that you stand for? Are you being swept away with the latest changes?

'The values and beliefs, on which I have chosen to stand are changeless. They have stood the test of time, and they encourage us to love and care for one another. They are my strong anchor and my hope for the future.

'As most of you know, I am a mediator for Family Disputes, Employment Disputes, Elder Disputes and Religious disputes. I am practised in being impartial and not trying to make decisions for others.

“I believe that every person has the fundamental right to express their own opinions, to be listened to, heard and respected.

'I believe that a person who will listen to and hear another’s opinion, beliefs, values and feelings, even when they differ from their own, will develop a deeper level of maturity and understanding.

'This does not mean they have to change their own beliefs or values in the process to fit in with majority.

'I would like to finish with a quote from Malcolm Muggeridge; -

'He stated; - Only dead fish swim with the flow.'