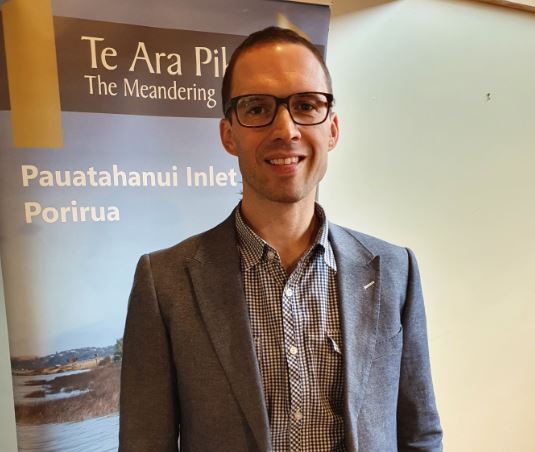 This week’s guest speaker was Prof Justin Hodgkiss, of Victoria University and the McDiarmid Institute.

Justin has had a stellar career in research, graduating from Otago University initially, and then a doctorate at MIT followed by a post-doctoral fellowship at Cambridge.

The McDiarmid Institute is a research collaboration of seven NZ universities and Crown Research Institutes, named after Alan McDiarmid, a New Zealander who won a Nobel Prize for his work on conducting polymers. Its focus is on the properties of materials and the development of new ones.

Justin gave us an overview of several of the projects under way at the McDiarmid.

Maize and biowaste can be used to make new useful biodegradable products. Cheaper printable photovoltaic arrays can be made in the lab, and work is ongoing to make them more efficient.

Storage batteries are critical to a low-carbon future, and aluminium looks promising as a replacement for lithium.

Using hydrogen as an energy source is a major effort worldwide because it releases no carbon at all.

Computing and data storage are now so universal that they create more carbon emissions than air travel- mostly in the energy needs of air-conditioning. Materials that can think like a brain may make computers more efficient.

The McDiarmid Institute is thriving and has an international reputation with many global collaborations in place.

Justin’s talk was fascinating and optimistic in the face of the monumental challenges of sustainability and climate change.