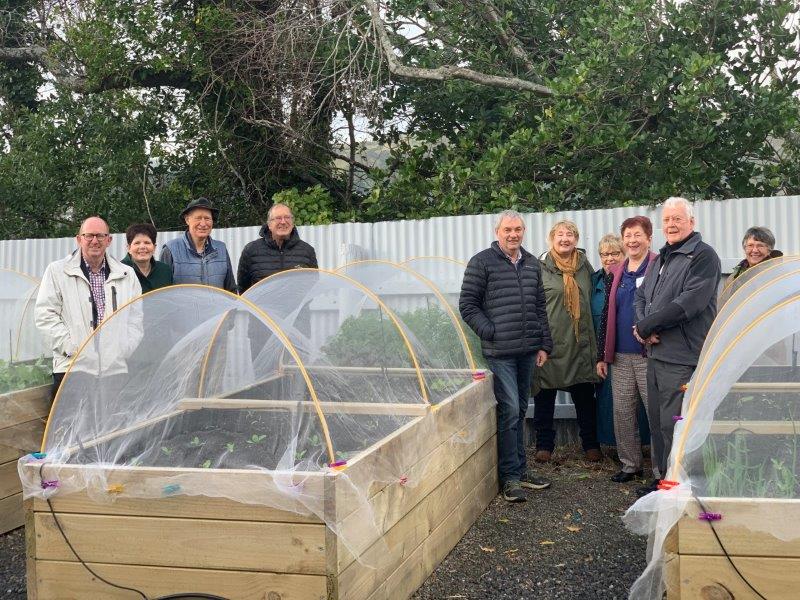 On Tuesday 21 June about 30 people gathered to celebrate the official opening of The Porirua Garden, a joint community project between the Rotary Club of Plimmerton and the MenzShed. 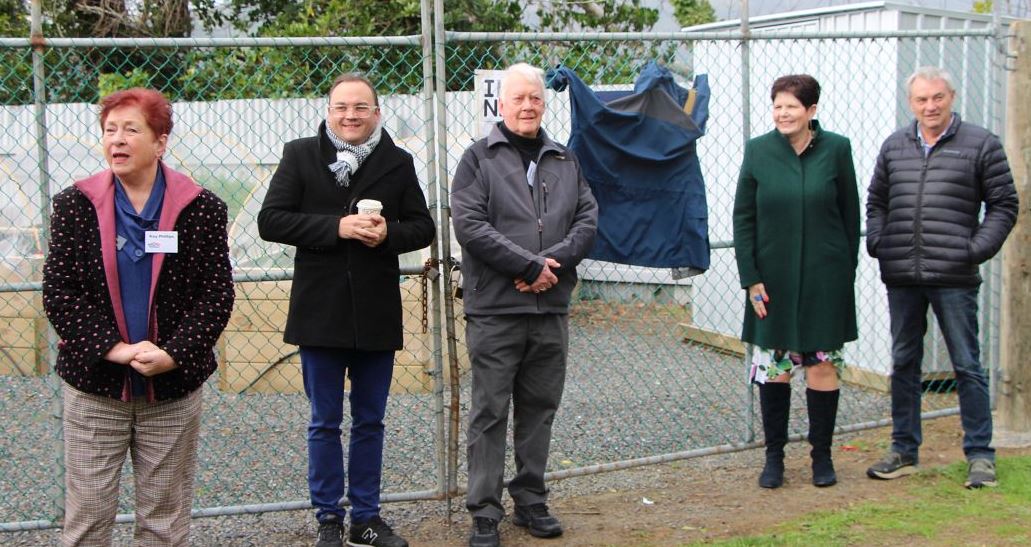 An idea that came out of a meeting between President Kay and Mayor Anita Baker eighteen months ago, the garden has been supplying weekly boxes of much-needed vegetables to the Salvation Army Food Bank for nearly two months. 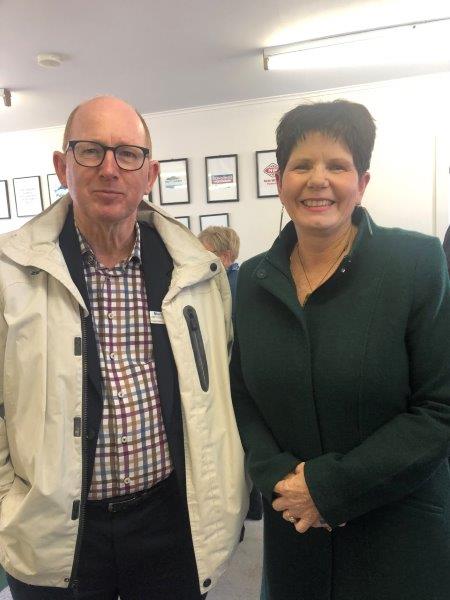 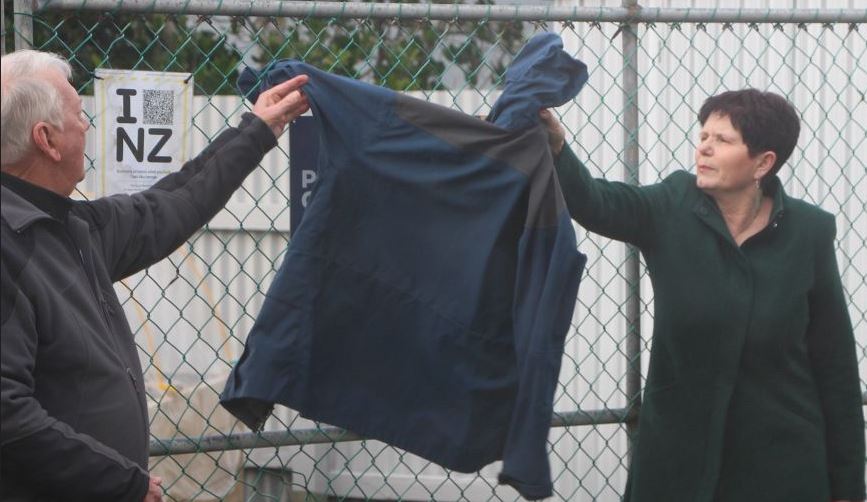 Ron Lucas, assisted ably by Jenny, set about obtaining materials to build five large raised gardens (the height being great for older people to harvest). Then Graham Craig stepped in to help with soil and a watering system going in, in quick order. The ubiquitous white butterfly and larger animals were the catalyst for netting covers for each garden. Malcolm Turner, MenzShed member and Honorary Member of our Club, painted the fence after repairs by other MenzShedders. They also constructed the flat-pack shed.

Most of the funding for the building and garden materials came from a welcome donation from the Hutt-Mana Charitable Trust. 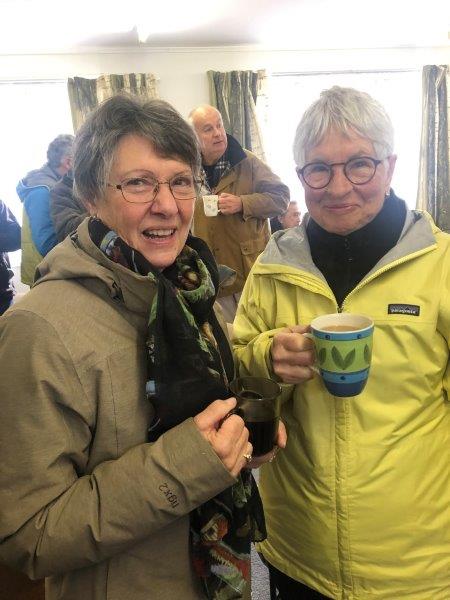 Mayor Anita and Nick Leggett, Chair of the Trust, officially opened the garden and everyone hurried indoors for morning tea and speeches as the weather suddenly turned unfriendly. Carole Brown has been her usual busy and helpful self and ensured morning tea was well organised. Carole has also been watering in between our weekly harvesting visits. 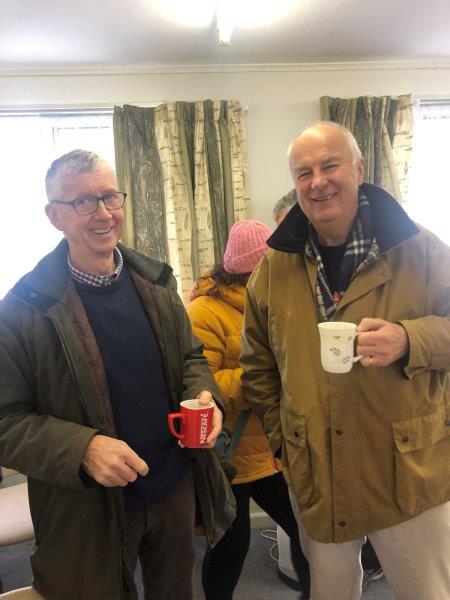 It was great to have our Rotary District 9940 Governor, Mark Wheeler at the Opening and also Kathryn Beattie, our Area Governor as well as Paula Williams, Co-President of Rotary Club of Porirua. Thanks to all from the MenzShed and our members who came along in support and to those who continue to help at the garden.

This is a very worthwhile project providing the Food Bank with their only source of fresh vegetables. Sera Toloi, Foodbank Manager, thanked Plimmerton Rotary and the MenzShed for making the vegetables available for them. They support about 25 large families each week and the vegetables are a welcome addition to their boxes.

We would love to have a few more people on our roster. The work is easy and very companionable. Although officially on a Tuesday we do not have a set day of the week for harvesting yet as the weather has controlled our activities. Can you pull out carrots? Can you put spinach in bags? If you think you can help please come along and join our group.