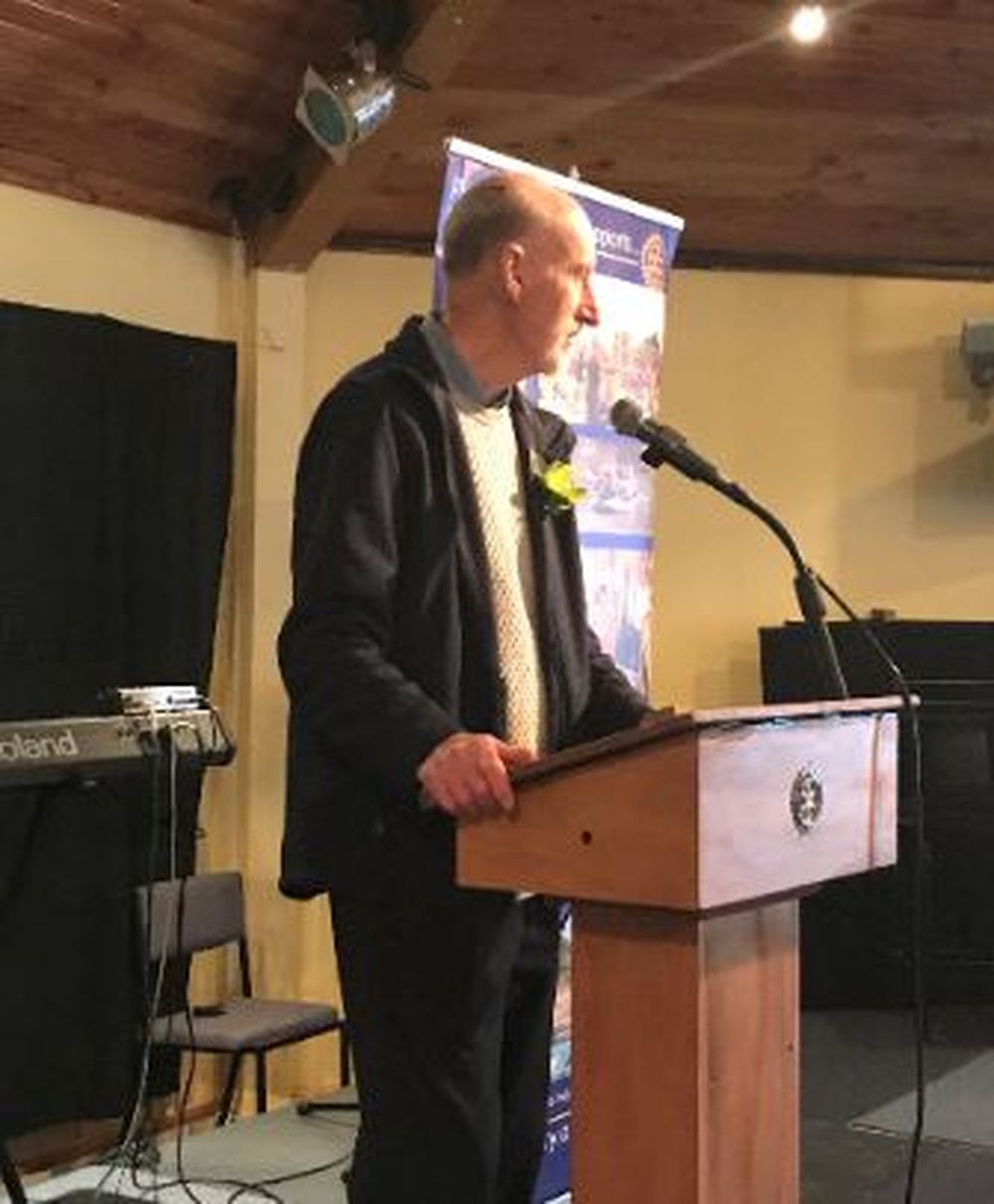 Ten young adults came together on Saturday to compete in the Rotary Best Speaker Awards. They came from Lower Hutt, Wellington and Whakatane. This is the fourth time the event has been held at Anchor Church in Whitby. Some of the speakers were competing a second and third time. Some, I suspect, will continue to come and enjoy the event for as long as Plimmerton Rotary stages it. 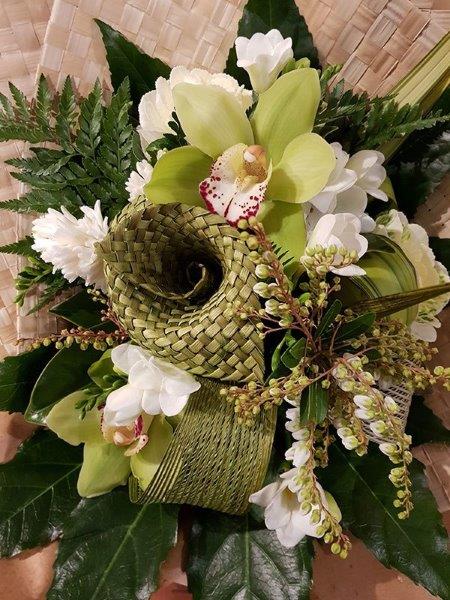 Each contestant was given a beautiful orchid corsage to wear, kindly donated by Wellington Florists.

The event was well organised by Bill McAulay and his team of helpers, As Bill said, ‘My only heroes are the ten contenders’. Plimmerton Rotary President, Euon Murrell, warmly welcomed everyone to the event which he described as an important highlight in the Rotary year. 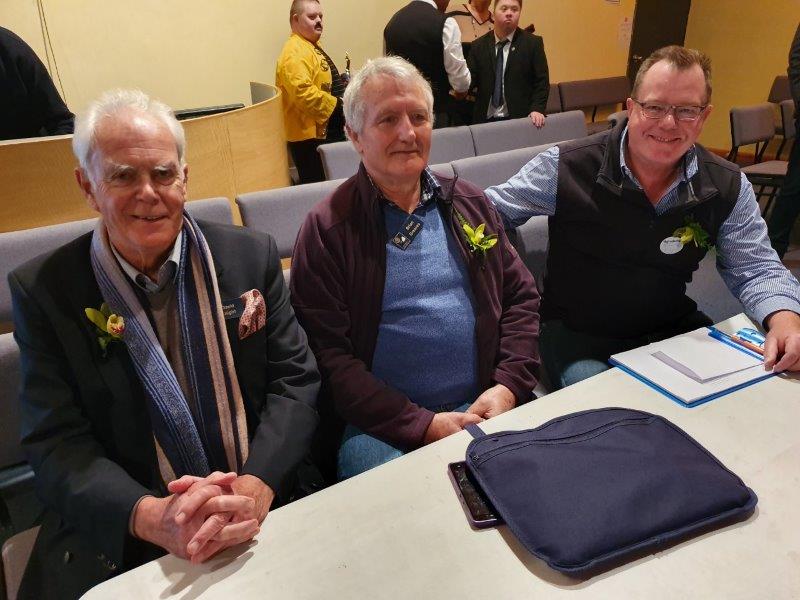 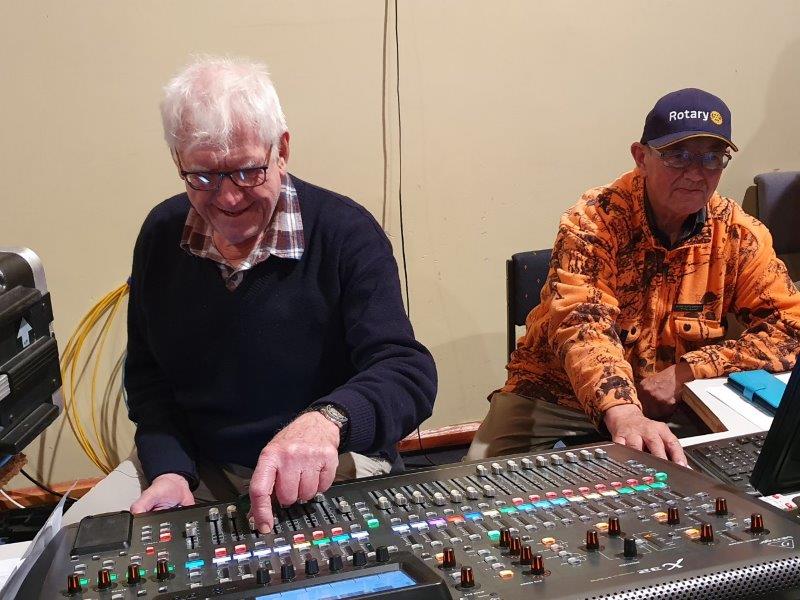 In charge of the technology were Mike Doig and Peter Sinke and Terrie Turner controlled the timing and the ringing of the bell! Each participant was allowed approximately five minutes and this was flexibly controlled. 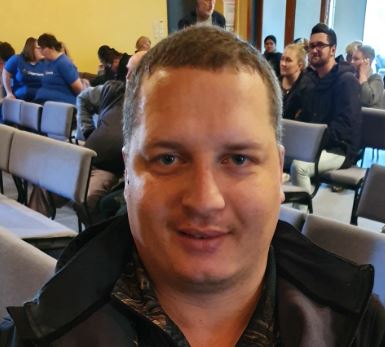 To kick off the proceedings, Jeremy McKenzie, last year’s winner, gave a motivational speech to this year’s contestants. He told his own story and encouraged participants to enjoy the experience and use the occasion as an opportunity to grow and develop their speaking skills.

This year’s theme was ‘My Hero’ and what a variety of heroes were celebrated. All of the contestants touched our hearts and, in some cases, caused us to shed a tear. As one staunch Rotarian said to me when I expressed this, ‘Ah, but you’re a woman’. That had nothing to do with it and even the most hard-hearted human being could not have failed to have been moved, not only by their stories, but also by their delivery. 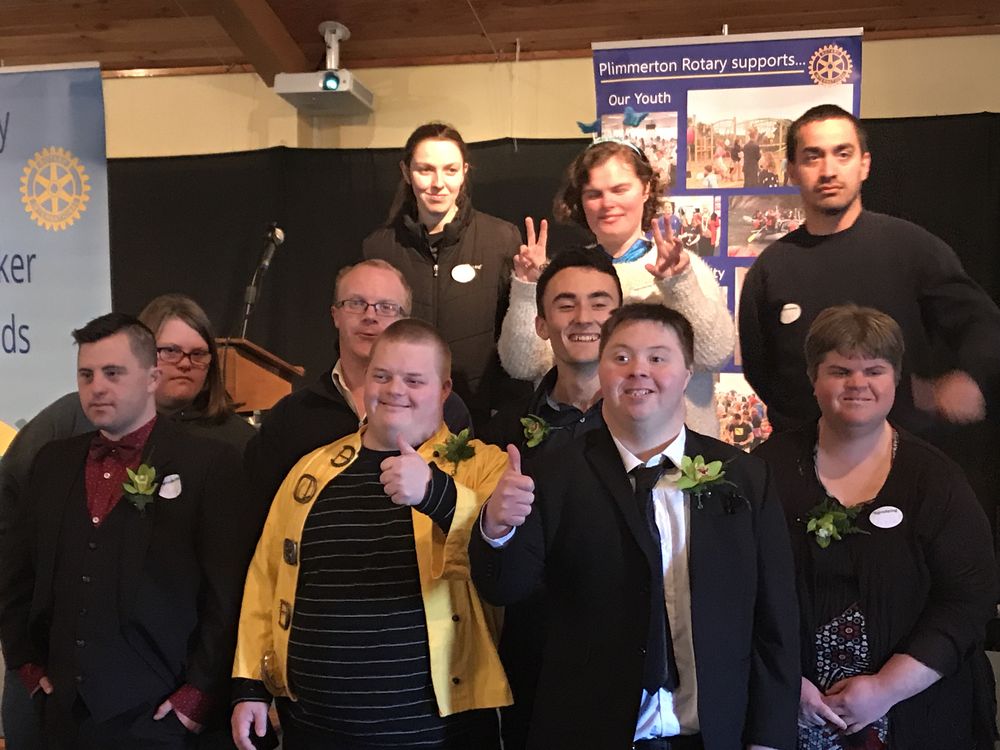 Individual photos of all the contestants appear in our Gallery, here.

The fact that the contestants had all chosen very different heroes made the time fly past. As each speaker took the stage, there were cheers of delight from the other contestants, cheers of encouragement and pure, delighted anticipation. Each speaker seems to want every other speaker to be ‘the winner’. There was no hint of competition in the room. It was all about participation and wanting the best for each other. 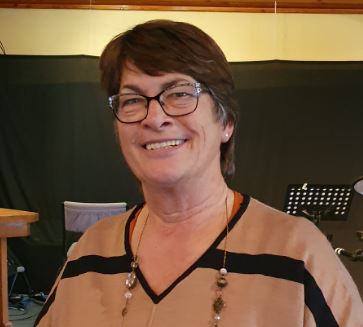 I spoke to one of the support people from Whakatane, Shellie Goldsmith, who works for Pou Whakaaro in Whakatane. She said, ‘I just think that every time they come down here, they do the best performance that they have ever done in their life. Every time they impress me with their best performance possible and I am really proud of them. The service we are able to give them is that extra little bit of help that they need.’

As it happened this year, the three place getters came from Manaaki Abilities Trust in the Hutt. Bill and Kay Phillips had visited a ‘SpeakEasy’ group session a few weeks before the contest and agreed with Shellie that their performances on Saturday were also on a totally higher plane.

There were breaks for morning tea, lunch and afternoon tea, with a huge assortment of delicious goodies, much of it sponsored by New World, Mana, and more provided by Bill’s willing team of helpers. Contestants and supporters mingled in 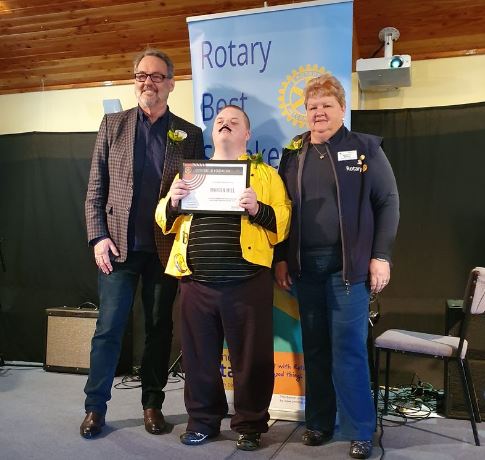 the foyer, chatted, joked and enjoyed everything on offer.

This was an opportunity for President Euon, accompanied by Assistant Governor Adrienne Murray, to award Certificates of Participation to all the contestants while the judges disappeared to make some very difficult decisions. Martin Hill, who had dressed the part of Freddie Mercury, donned his outfit (and even raised his chin!) to receive his Certificate. He certainly looked the part. (If you go to the Gallery page, you can find photos of many of the other contestants receiving their participation certificates from President Euon).

While they were out of the room, Bill called on anyone and everyone to share a joke. This was hilarious with uproarious laughter meeting every single one, however lame or un-funny they might have been. These were moments when one remembered how to ‘belly laugh’ as one was drawn along with the huge enjoyment of the audience.

By the time all the Participation Certificates had been handed out, each beautifully created by Phillip Reidy with frames donated by Past President Donna, Mayor

Mike Tana arrived to hand out the trophies. Chief Judge Albertus Viljoen said that he knew from his own experience how hard it was to speak in front of a crowd. He had some heartfelt comments of encouragement to make and congratulated all the contestants, all of whom, he said, were winners, just by having the courage to stand in front of a large audience and speak. He said that the decisions made by the judges had been difficult and that there was only a small margin between the contestants. 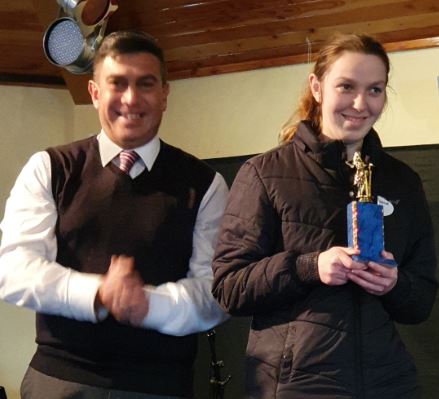 In first place was Laura Montgomery with her story about her much-loved grandfather.

In second place was Jenna Maguren whose heroes were all the people who had supported her over the years. 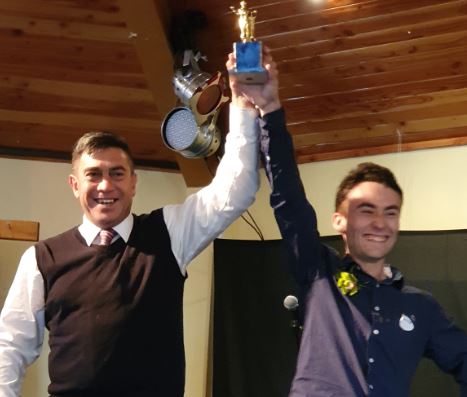 In third place was Conor Metcalf with his entertaining talk about his hero, TJ Perenara. 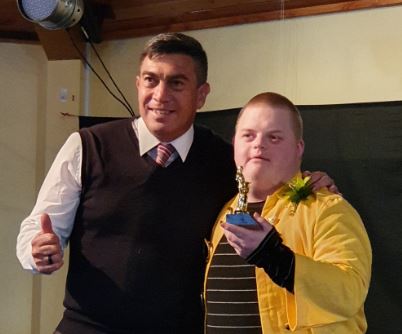 The trophy for Exceptional Effort went to Martin Hill from Whakatane. He had not only talked about Freddie Mercury but had also dressed to look the part, moustache, body language and all – and his air guitar moves were very impressive. Shellie told us that his whole demeanour changes when the music starts up. 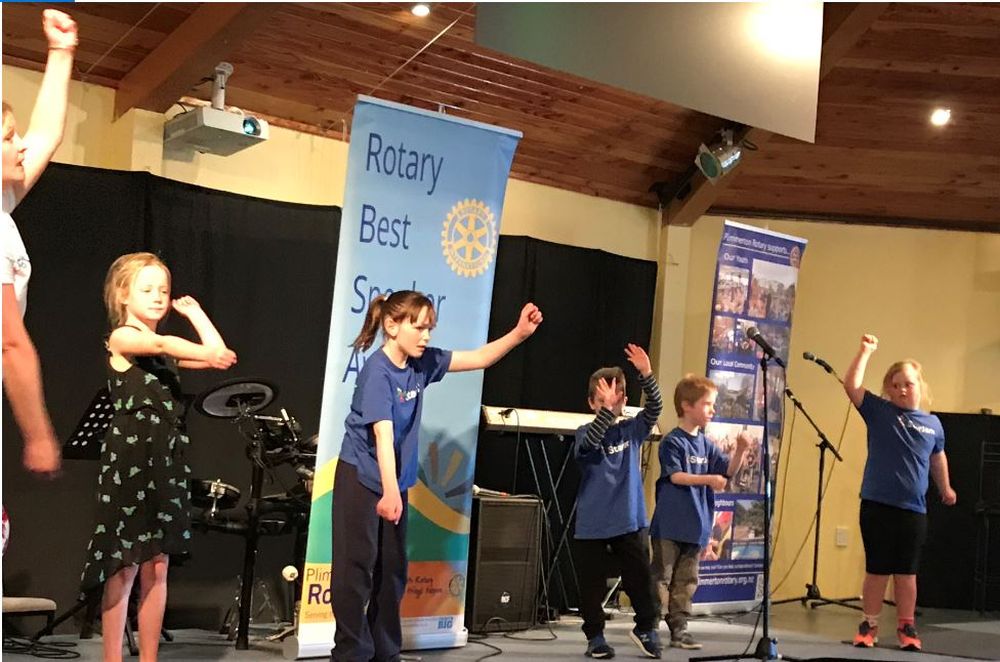 As has happened in previous years, Star Jam arrived to perform a couple of items, both singing and dancing, and, as usual, their performance was a highlight of the afternoon. 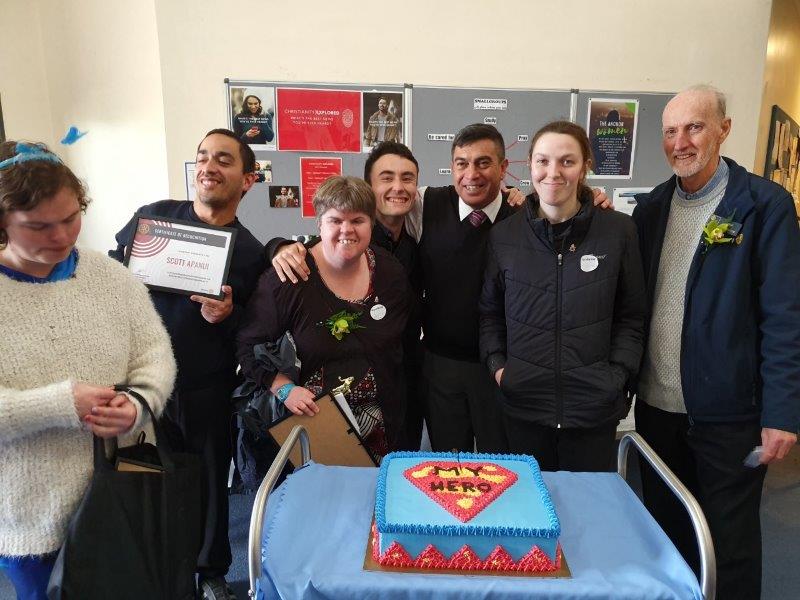 Then it was time to cut the cake, beautifully made and donated by New World, Whitby. The contestants and supporters crowded round to celebrate at the end of a memorable day, all excited and happy and vowing to return.

And as for the Rotarians and supporters who had come to enjoy the event, there can be no doubt that they will return again to hear more stories from stunningly talented and courageous young people who charmed everyone with their love of life and pure joy in being able to enjoy the day together.