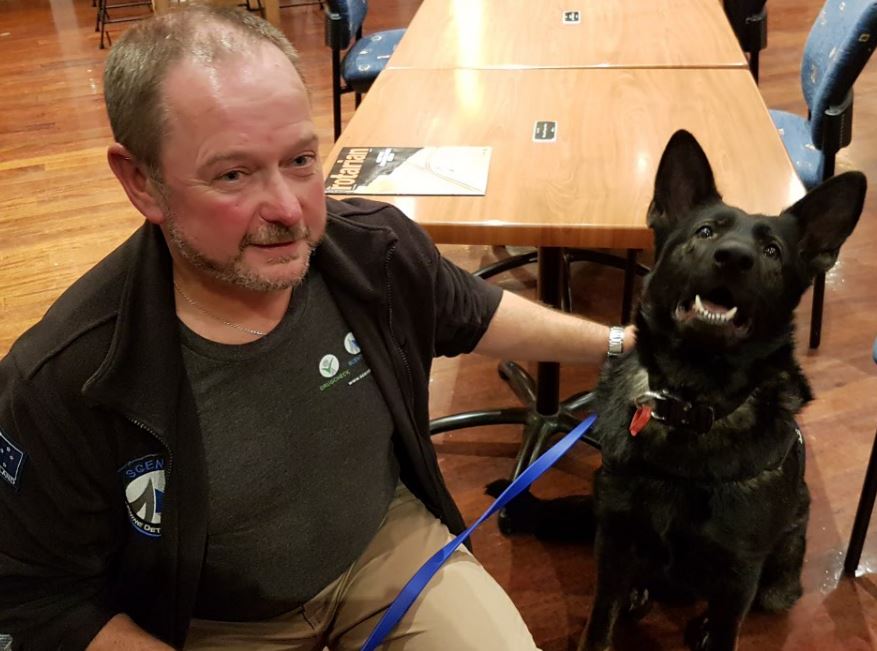 in the last few days, you or someone you’ve been with has smoked or snorted or taken drugs, chances are very high that Nyx the sniffer dog will know immediately she enters your premises.

Speaking at Plimmerton Rotary on 15th May, Dr Wayne Severn, Director of Methcheck, explained how he used sniffer dogs to detect the presence of drugs, or drug users, even if they were not on the premises at the time he checked.

With over 25 years as a K9 handler, Dr Severn had worked in a variety of roles including urban search and rescue and finding missing persons. 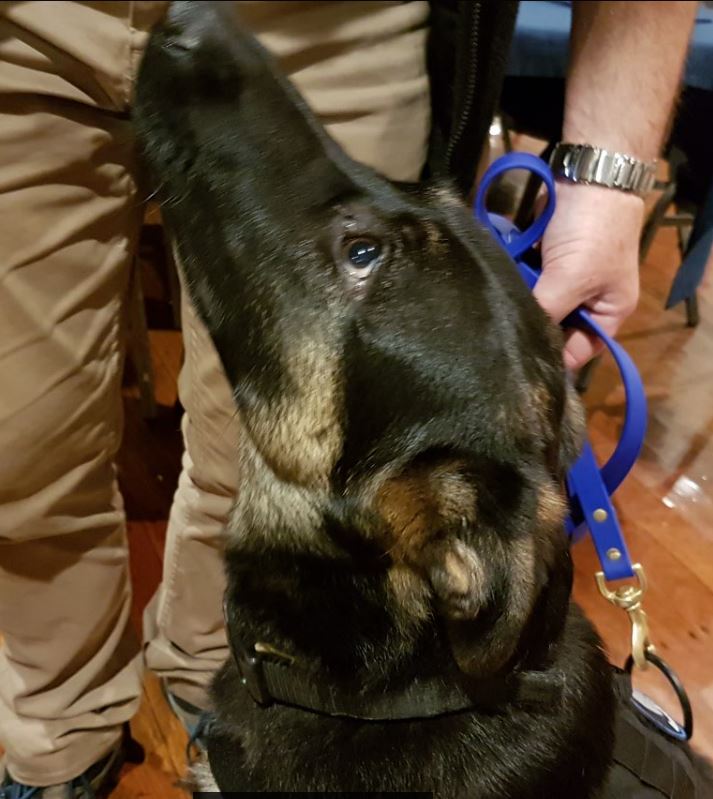 “The dogs I have at present, are a breed called Malinois. Nyx (above) and Eos (still a puppy) look like German shepherds but they are a bit smaller, a lot faster, and better at sniffing out drugs. The drugs they are trained to detect are cannabis, cocaine and methamphetamine.”

The dogs were trained by first exposing them to the scent of the drugs they would need to detect, and then visiting the premises of the company’s clients to determine if drugs were being used or had recently been used by the people there.

Client premises included workplaces, rental apartments, and vehicles. “We are seen by our clients as being a non-invasive way to check for drugs. Our dogs work quickly, there are no privacy issues and no downtime for staff. We can screen the whole premises in no time, our service is cost-efficient, and we are 100% effective.”

The screening process would detect drug use whether the person was using at the time or had been using in the recent past.

“With the way the law is if we believe there is probable cause to suspect a person of taking drugs, that is good enough for action to be taken against that person.”

To keep standards high, all of Dr Severn’s dogs were independently assessed and validated each year to international standards. Comprehensive records were kept on each dog. Validation was very important when drug users were arrested and appeared before the courts.

Employers were much more aware now of their responsibilities under the Occupational Health and Safety Act. “If a staff member is found to be using drugs at work the company can be fined up to $5 million and each director can personally face a fine of up to $500,000.”

During Dr Severn’s presentation, Nyx the sniffer dog made a circuit or two of the room.  Apart from a quick sniff here and there, she took no notice of anyone, much to everybody’s relief.

Clever K9s
+ Text Size -
Do NOT follow this link or you will be banned from the site! Original generation time 1.9135 seconds.