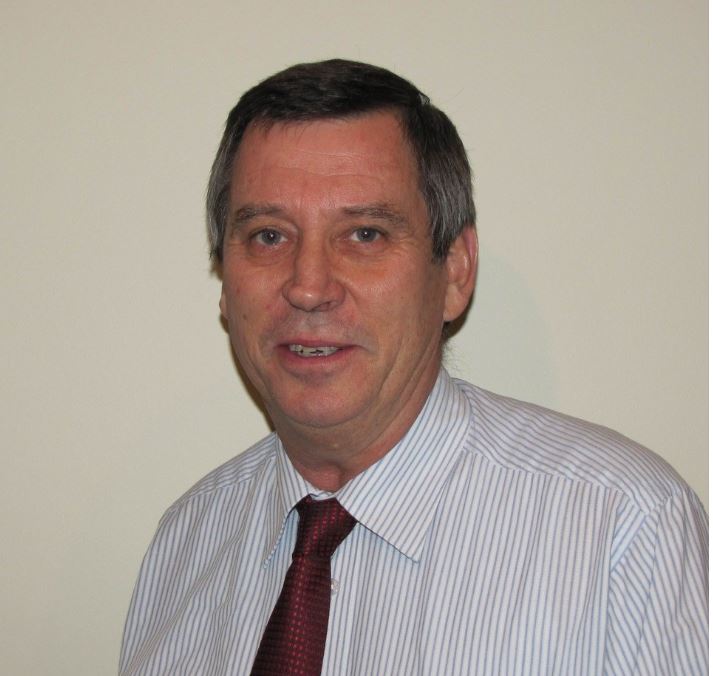 Graeme Blick gave us the Viewpoint tonight. He said,

'My English teacher at secondary was an old school teacher - Ms. Rae.  Every Friday she would assign the class 10 spelling words to take home and learn over the weekend.  Then on Monday, we would have a spelling test – no matter how hard I tried I would typically get 2 or 3 words correct and the rest wrong.  For this, I often got accused of not doing my homework or being lazy which caused me to switch off school and fear going to English classes.  School reports of the time often had comments like:

'I also had a geography teacher – a Mr. Timmons.  He was an enthusiastic and encouraging teacher and I particularly enjoyed physical geography and liked visualizing maps, and studying mountains and geographical features.  He sparked an interest in me to seek a career that included this interest in geography.

'As soon as I was able I left school at 15 and was lucky enough to get a job in Geological Survey as a science technician.  There I worked for Jerald – a Dutchman who you never argued with!  After working there for a number of years he came to me one day and said: "Graeme if you are going to make something of your life you are going to have to go to University and I have arranged for you to start at Otago University after Christmas".

'As a failure at school, I was freaked out by this suggestion and considered resigning on the spot for fear of heading off to University and failure.  However, I went home and told Christine who said "What a once in a life time opportunity – Jerry must have faith in you and I am here to support you”.  With that and against my better judgement we packed up our house and moved down to Dunedin for 3 years where I did a Bachelor of Surveying degree.  Visual subjects like mapping, cartography, planning, and subdivisional design were a breeze but other subjects like Survey Laws and Regulations were a real challenge, but with the help from Christine, we got through.

'A number of years later I was sitting in a Toastmaster meeting in Whitby where a guest speaker had come along to talk about dyslexia and as she spoke, I found myself relating to what she was saying and explaining my very visual view of the world and why I struggled at school with subjects like English.  It also helped explain why our 6 and 8-year-old children could proofread my written documents and pick up spelling mistakes.

'Teachers at school can have a big influence on your life, both negative and positive.  Ms. Rae caused me to switch off at school and Mr. Timmons kindled an interest that served me well in later life.  That, together with a boss who saw an opportunity in me and a supportive wife gave me an opportunity to change my life.

'One of the greatest pleasures I get and the reason I still go into the office is to work with our young staff and look for opportunities for them to further their careers.  Rotary youth programs such as RYLA, RYPEN, Group Study Exchange, and Ambassadorial Scholarships are just some of the programmes that give our youth opportunities to change their lives.

'My point of view – we should look for the opportunity for our young people as there might just be a hidden talent there waiting to be discovered.'