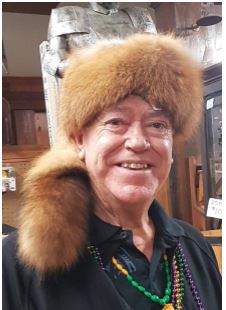 Chris Garrett and Anne-Marie were married in February, and had planned to honeymoon in New York.

As it turned out, places became available at the last minute on the District 9940 Friendship Exchange to New Orleans, and they jumped at the chance to join it.

They had a wonderful time, generously hosted by clubs in the New Orleans area.

Rotarians are often in influential positions in their communities and Rotarians visiting on Friendship Exchanges can get privileged access to local events and sights. (I went to Germany on an exchange in 2006 and we were invited to Angela Merkel’s election night party!

This one was no exception, and Chris and Anne-Marie packed an enormous array of new experiences into their visit. New Orleans is a fascinating destination with a colourful history, all of which was brought home to us by Chris’s excellent presentation.

They did, in the end, visit New York too.

Chris’s PowerPoint photos and the narrative of his trip can be found here.