The Pauatahanui Inlet is situated about 20 km north of Wellington and lies within Porirua City.

The Inlet and its surroundings are an ideal base for many activities, including yachting, kayaking, picnicking, swimming, windsurfing (learners) walking and cycling. But as spreads, so also does the desire to use the Inlet increase, creating pressures which, unless and controlled, will detract from the merits which made it so attractive in the first place.

One of the various moves to preserve these merits is a clean-up of the Inlet between high and low water. The objective of this clean-up is to control the build-up of rubbish resulting from urban usage. This event first took place in 1992, conceived by the then newly established Guardians of the Pauatahanui Inlet, and continuing until the present day on an annual basis. Tony Shaw is the current President of the Guardians. 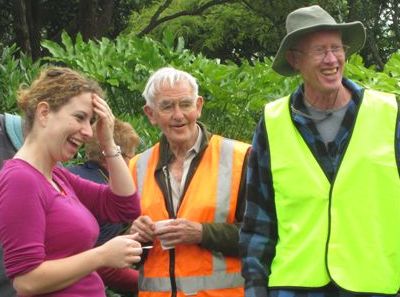 Indicative of the regional significance of the Inlet, Plimmerton Rotary is presently six years into a major project to create a peripheral 6.5km walkway/cycleway around the Inlet. Serendipitously, this year’s Club President, Ron Lucas, has led the project from its beginnings.

In a typical year, participants in the clean-up total about 50 with 15 or so being Plimmerton Rotarians. Of these, some always go to the after-event BBQ, provisions for which are generously donated by New World Paremata who also donate a grocery prize to the winner of a raffle held as part of the BBQ. Here, Bronwyn Kropp draws the grocery prize to present to this year’s winner.

Others, in addition to the 50, include their friends and family, extending right down to very young children, good to see as they will likely become participants themselves in the future.

Pillars of strength every year in providing sustenance to the workers are Terrie and Ian Turner, pictured here with Councillor Kropp and another staunch Rotarian helper, Peter Sinké. 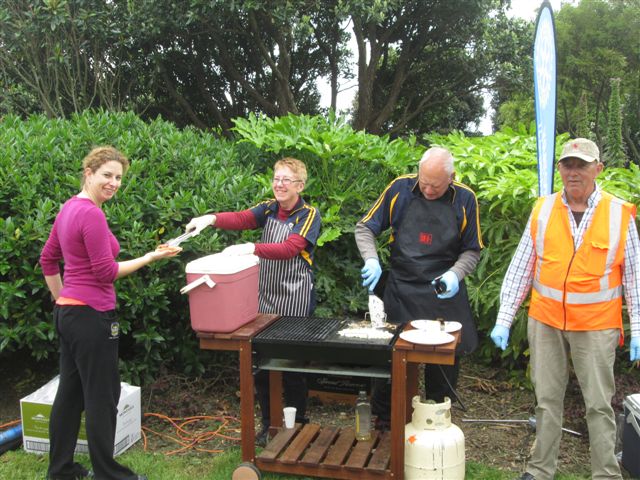 Provision of a Portaloo is part of the logistics for the luncheon facilities.

While being registered on arrival, participants are given a map showing the part of which they have been allocated, plus rubber gloves. They’re also given plastic rubbish bags for the smaller rubbish. Larger items, such as the numerous , are manhandled. All rubbish is dumped at one of 17 locations pre-marked on the 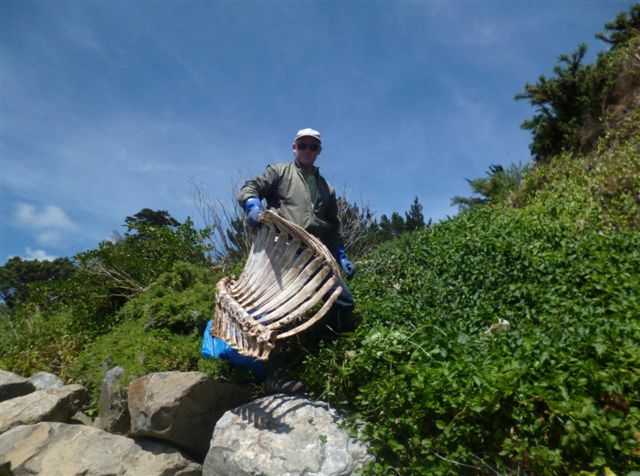 ground. From here it is taken to the tip by a City Council truck which is always filled. Collection points are carefully chosen for pull-off safety as they are accessed from busy roads (one being part of SH58) and are often very close to the shoreline.

The event is always held on a Sunday and each year its date must be chosen to be at or near low tide and to be at a suitable time to include the luncheon BBQ . So the calendar date may vary year to year within a couple of months on mid-October to mid-November.

The 2013 clean-up was held on Sunday 10 November. It was blessed with fine weather and was successful in all respects. These included the side benefit of providing diverse people the opportunity of meeting others with similar interests in maintaining the environment.

The Inlet derubbished again
+ Text Size -
Do NOT follow this link or you will be banned from the site! Original generation time 2.1115 seconds. Cache Loaded in: 0.0660 seconds.