On Saturday 19 November, the Rotary Club of Plimmerton ran its annual Police Recruits & Porirua Kids Rotary party at the Porirua Police College. It was organised by Ian and Terrie Turner with support from a dozen other Rotarians. 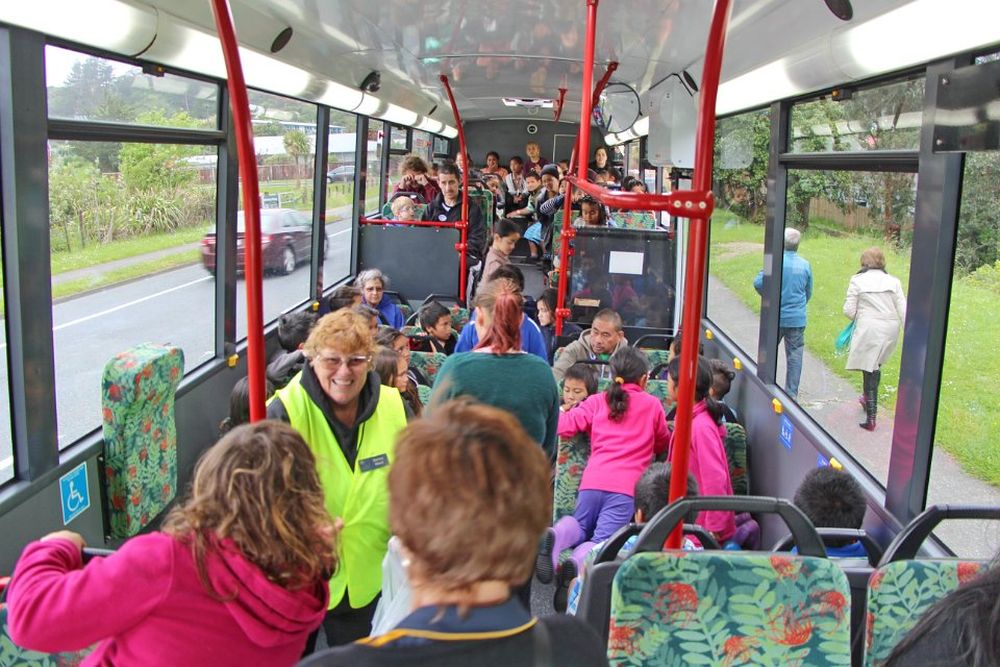 The club hosted 42 children from three local Porirua East primary schools - Cannons Creek School, Corinna School and Te Kura Maori o Porirua. Rotary arranged a bus to pick them up and take them to the Police College to link up with the uniformed recruits.

As co-organiser, Terrie, said, “the objective is to provide a positive police experience for kids, to build trust in the blue uniform and to give the cadets the opportunity to spend time and connect with kids in our community."

The 14 police recruits are halfway through their initial training at the Police College. 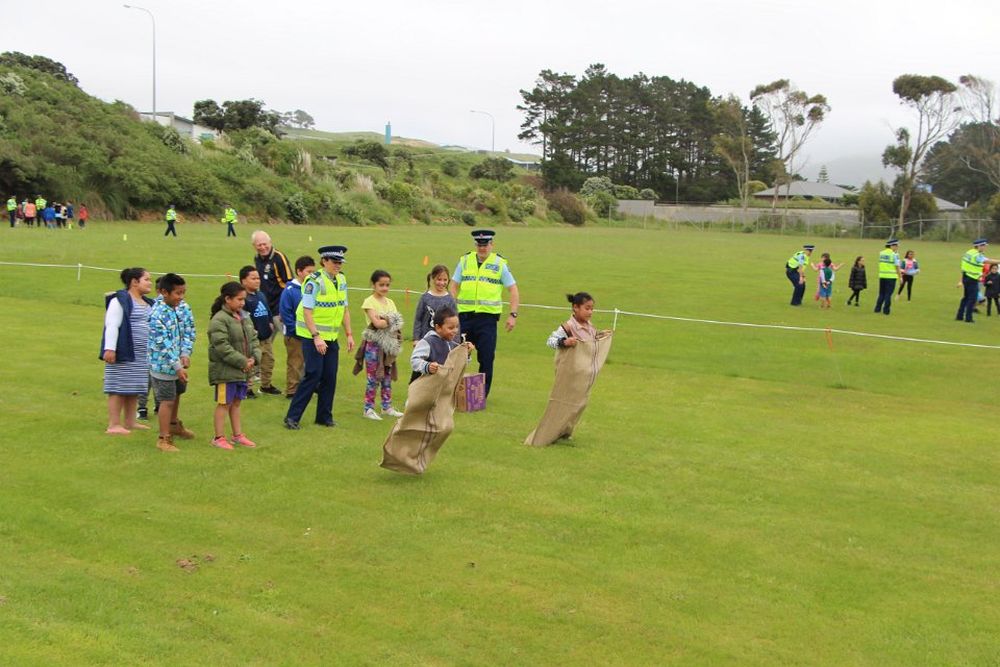 Well - what an experience! The recruits and kids had a marvellous afternoon. They started with a safety briefing which was so important following the recent earthquake. This set the scene and was followed by simple games like sack races, rounders, touch football, egg and spoon races and a giant jigsaw puzzle. The recruits grasped the opportunity to simply have fun with their young charges. Very quickly, police hats were on young heads and handcuffs were being checked out! After the outdoor games I was touched to see a young girl leaving the field, quietly slipping her hand into the hand of one of our future ‘women in blue’ to walk back inside together. The lunch was provided by the police canteen, followed by great entertainment from magician Nigel Kennedy. 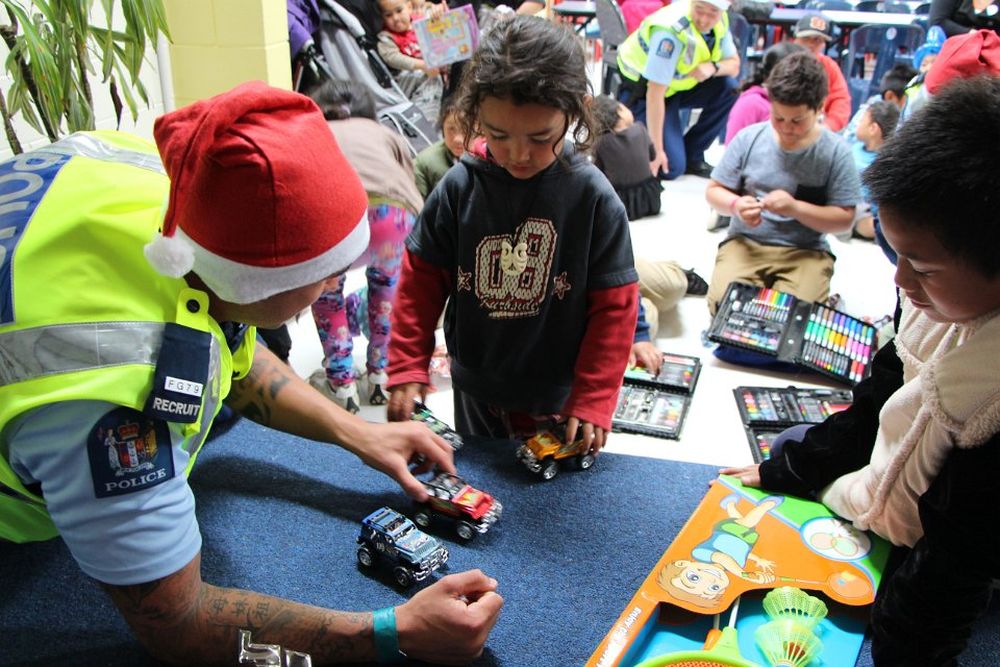 Then the recruits donned Santa hats and handed out a small gift for each child.

I left the party thinking that this had been a fantastic opportunity for Rotary to quietly provide the organisation and means of community engagement between the kids and recruits.

And the day wouldn't have been complete without including some of the feedback received from the recruits.

‘All of us who were involved in the children’s Rotary party on Saturday afternoon thought the event was a huge success. We all felt very privileged to be able to be involved in the event. Every single child that I spoke to was having a great time. Seeing so many happy and laughing kids was an experience that I am so lucky to have been involved with and is an experience that I will remember for a very long time.

'All the recruits who helped out thought that the day was very well organised. The sports were both easy to understand and fun as well; they also didn’t run for too long so the children didn’t get too tired. The magician was very funny and entertaining and had not only the kids laughing but also all of us. We all thought the food was amazing as well.

'All in all we believed the day was a huge success and we are all very thankful for getting the opportunity to be involved. Having recruits involved helps to build a relationship between these children who have maybe only ever been told or seen negative things about the Police. It also helps us to practise engaging with young children; only two recruits involved had young children of their own.

We are all very thankful for the opportunity we were given to help out and get to know some awesome kids, so thank you so much!'

Note: Terrie is organising for the recruits' Training Sergeant to visit the club. 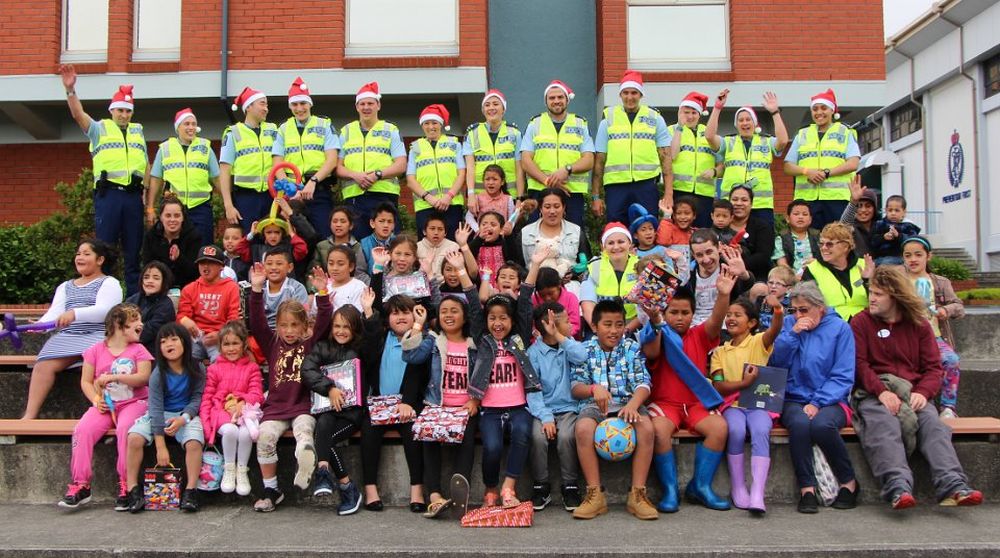 Police Recruits and Porirua Kids Rotary Party
+ Text Size -
Do NOT follow this link or you will be banned from the site! Original generation time 4.5402 seconds.