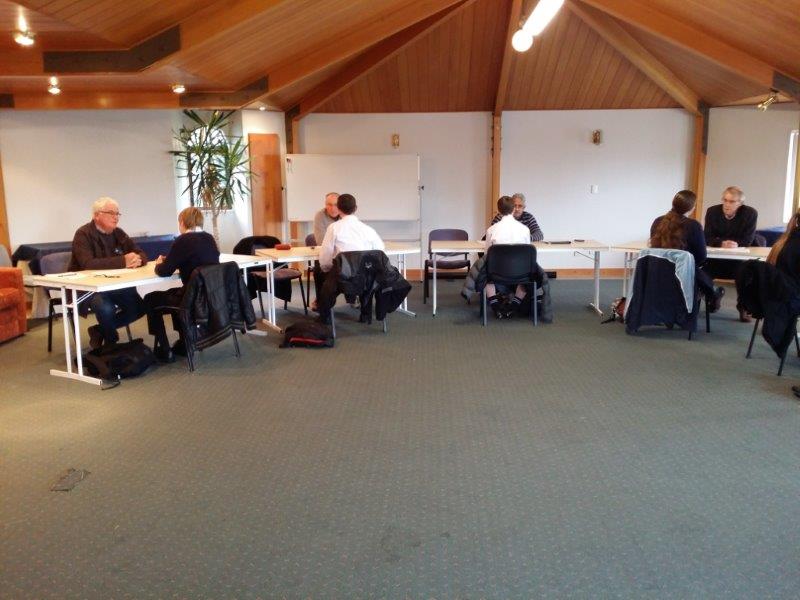 Half a dozen experienced Rotarians arrived at Aotea Lodge for the last round of interviewing Year 11 students in 2015. Sixty interviews took place.

This is a project that has been managed by Philip Whearty for many years and Partners Porirua acknowledged his contribution his energy and passion for helping to get things right by the kids. 'You are missed already but know the wheels are still turning. Feel free to pop in any time and do a mock interview with one of the crew to brush up on your techniques', said Jane Hocking of Partners Porirua.

It was another great round of interviews and the team's efforts and expertise were much appreciated.

Jane told the team that she and Pauline Muncey of Aotea would debrief between now and next year and plan a similar series for 2016 if Aotea wished to continue. They would also toss around the idea of a more formal interview for Yr 12/13 students which was also discussed over lunch.

The list of careers proposed by the students was particularly encouraging and interesting. With such a wide variety of careers, ranging from builders and architects to lawyers, members of the armed forces, psychology, physiotherapy, interior design, engineering, computer game designer and many, many more, these students have a wide variety of dreams to fulfill. It certainly looks as if Porirua will be well covered for the next 50 years with professionals, services, entertainers and sportspeople and that's a comfort. Each round of interviews during 2015 has identified what's in vogue with young people and Pauline's incredible zest for getting the most from her students was contagious.

There were some interesting comments from the students about what they had thought of the process. One in particular provoked some thought. 'Why don't we learn (at school) how to live when we don't have a job?'

More students prepared for the workforce
+ Text Size -
Do NOT follow this link or you will be banned from the site! Original generation time 2.0821 seconds. Cache Loaded in: 0.0217 seconds.