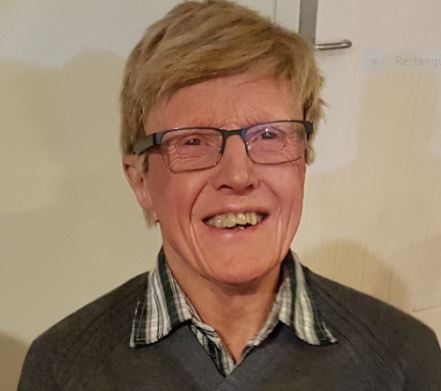 Spending lengthy periods underground, in complete darkness save for the light on one’s helmet, squeezing through tiny holes in the rock, negotiating steep shafts by rope or rope ladder, and splashing about in underground streams, would not be everyone’s idea of an enjoyable leisure pursuit. But for retired electrical engineer Chris Moore, who gave an interesting and humorous presentation at Plimmerton Rotary on 30 May, caving had given him a lifetime filled with fascination and wonder.

Most caves in New Zealand were located in the north-eastern part of the South Island, as well as in the Waitomo region. “Most of our caves here in NZ are formed from limestone. Over centuries of being gradually worn away by water, the limestone can take on the most fascinating shapes.” Mr Moore showed several photos to illustrate his point. Some were formed like elongated corkscrews, while others were shaped like elephants feet. Some hung from the ceiling in beautiful daisy chain formation. Another looked exactly like a poached egg, while nearby were some crinkly pieces of limestone side by side which resembled bacon. 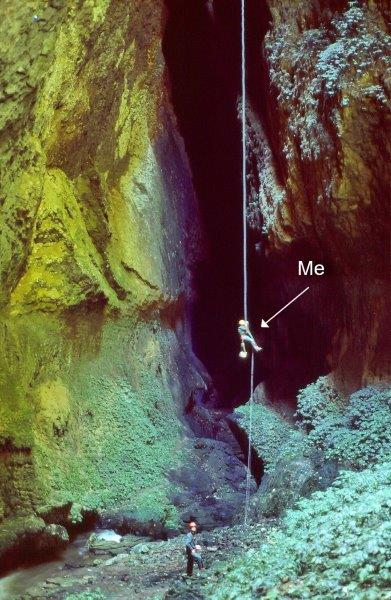 “We have given names to many of these formations, like Christmas Tree, The Guardsman, and Custer’s Last Stand.”

Some caves were huge, while others were tiny, but all were entered with great enthusiasm by professional cavers. “It is most important to wear protective clothing, as well as having a reliable light. Most of us have our main light in our helmet, plus a back-up light in case the main one fails, and also an emergency light.”

Taking photographs was always a challenge and required good lighting. “Sometimes if we want to take a photo of a large cavern for example, where the flash from the camera won’t be strong enough, we will arrange for our colleagues to shine their lights on the surface of the cavern so that it shows up properly in the photo.”

Asked whether cavers ever suffered from claustrophobia, Mr Moore admitted that they did. “Squeezing through small spaces is never pleasant but us cavers work by the mantra: mind over matter. There is one particular small hole in a cave many of us are familiar with. We have nicknamed this hole “The Organ Grinder” for obvious reasons!”

Mr Moore related a story about a young woman who was keen to experience caving. It was in an area known by the rather unusual name of Heckle Horn Honking Holes caves, near Takaka in Nelson province. The young lady concerned had wisely decided to don her wetsuit as protective clothing. ”All went well for a time, with me leading our group, followed by our guest, and a colleague of mine bringing up the rear. At one point our guest became jammed in a small tunnel. We couldn’t move her forwards or backwards because the outer surface of her wetsuit was sticking to the limestone. The only way to make progress was to help her wriggle out of her wetsuit.” Mr Moore observed dryly that this was one of the more challenging rescues he’d had to undertake.

Look at that Cave Man Go
+ Text Size -
Do NOT follow this link or you will be banned from the site! Original generation time 1.6320 seconds. Cache Loaded in: 0.0658 seconds.