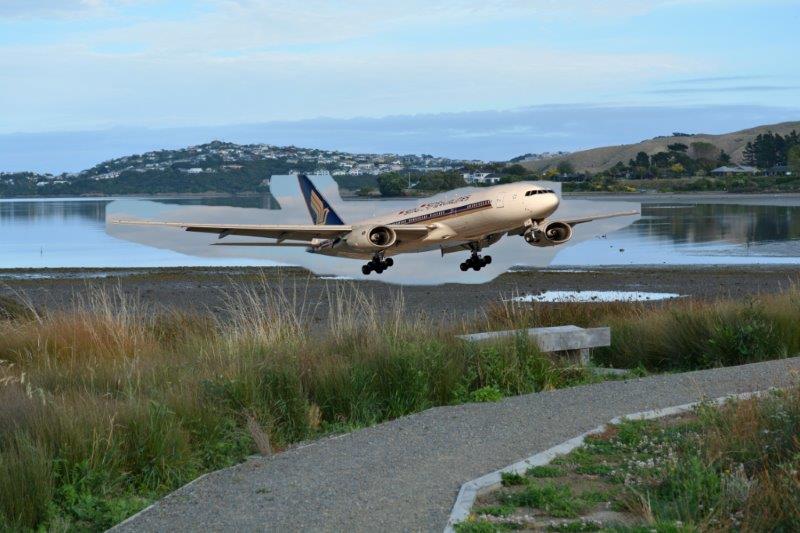 The inaugural Zonta-Rotary Celebrity Debate was held in front of a sell-out audience at the Porirua Little Theatre on Sunday 14 June 2015. Two eclectic teams debated the merit or otherwise of turning the Pauatahanui Inlet into an international airport.

The judge and adjudicator was the well-known broadcaster, Hewitt Humphrey, and he set the scene with a set of convoluted rules running to some eight pages. Such was the convolution that the rules were discarded before Hewitt sat down.

The affirmative team of Chris Gollins, Philip Whearty and Nick Leggett quickly led off with an eloquent proposition to turn the Pauatahanui Inlet into a north/south axis international airport. This would be achieved by moving some of the hills on the north side into the inlet. This airport of international standing would also be supported by turning Mana Island into a 5-star resort. Prosperity and recognition for Porirua would be assured.

The negative team of Tommy Honey, Tracey Johnson and Hekia Parata quickly seized on the opportunity to flatter the adjudicator before attempting to destroy the integrity of the opposing team by painting a picture of grasping realtors interested only in furthering their own interests. The team continued to argue passionately about preventing the urbanisation of the inlet with the consequential loss of the jewel in the crown of Porirua as well as the strip mining of the local economy which was sure to occur should this devastating project proceed.

In summing up the adjudicator noted he was looking for imagination, humour, good structure, energy and originality.

Both teams delivered this in style and it was noteworthy that the adjudicator wavered under the flattery so generously applied by one of the teams. While not revealing the numerical scores Hewitt awarded the coveted cup to the affirmative team, a decision warmly supported by the audience.

With raffles and a spirited auction the event raised the amazing sum of $3,765 towards the construction of an information board for the Te Ara Piko Pathway.

Please note that Rotary, Zonta and the participants neither confirm nor deny their support for such a plan.

Look out for the date of next year’s debate as ticket demand after this year’s success is expected to be high.

You can see a gallery of photos taken during the event here.

Flattery and Passion Almost Sways Judge
+ Text Size -
Do NOT follow this link or you will be banned from the site! Original generation time 2.0532 seconds. Cache Loaded in: 0.0349 seconds.