It's only a few weeks since Plimmerton Rotary Club launched the inaugural Rotary Best Speaker Awards for people with disabilities. This proved to be a great success and will be repeated next year. 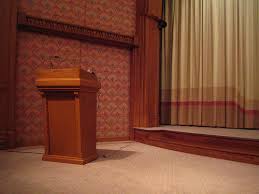 Not content with this new initiative, they're launching yet another inaugural speech competition. Following on from thirteen years of successfully running a speech contest for the primary schools in the Parumoana cluster, the Rotary Club of Plimmerton has decided to run an inter school contest for two top speakers from each secondary school in Porirua City.

The objective is to give top student speakers the opportunity to compete in a higher level international-style prepared speech contest.

Students will speak on a topic of their own choice for a minimum of 4.5 minutes and a maximum of 7 minutes.

Another Inaugural Speech Competition
+ Text Size -
Do NOT follow this link or you will be banned from the site! Original generation time 4.2570 seconds.