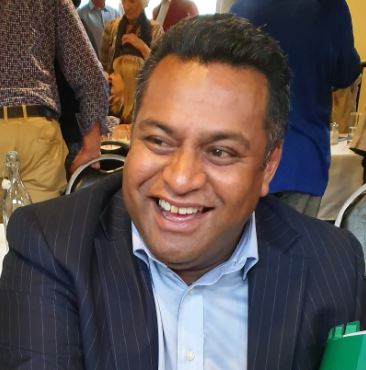 It is always good to hear from our local MP. Last evening Kris Faafoi, MP for the Mana electorate and Minister of lots of things, was introduced by President Euon, whom Kris defeated in the 2017 election.

Last year he told us about his role as Minister of Civil Defence, a stressful portfolio he was glad to relinquish. This time he described his work as Minister of Commerce and Consumer Affairs, a big job which takes him away from his electorate more than he would like.

There is a lot going on. Kris focussed on several high profile issues that are exercising his Ministry.

The Commerce Commission has looked at fuel pricing: we are paying too much for petrol. Its final report and recommendations will be released in three weeks.

The banking and insurance industries need sorting out. Customers are coming second to company profits, and culture is poor. The Reserve Bank and FMA are working on this.

Kiwisaver has a built-in mechanism that puts many savers into default schemes which are too conservative, and they won’t have enough to retire on. The solution to this is in hand. Better information is needed and savers need to be more aware and active.

The law will be changed to regulate loan sharks and truck shops, which are a particular problem in communities like Porirua. Interest can be astronomical on short term loans, causing misery in some families.

Kris reminded us of recalls of doubtful airbags in pre-2004 cars. Go to rightcar.govt.nz for details. Thousands of cars still need to be processed.

Finally, Kris mentioned his work as Associate Minister of Housing. His goal is to make housing rental more stable and increase the length of time families spend in a property.

Kris is an imposing figure with a good command of detail, yet has a gentle manner, which went down well with his audience.

A visit from our MP
+ Text Size -
Do NOT follow this link or you will be banned from the site! Original generation time 2.3975 seconds. Cache Loaded in: 0.0004 seconds.