The Australian territory of East Timor a short one hour flight from Darwin. Yet throughout its the people of this island nation have suffered unimaginable tragedy and sadness at the hands of other countries and its own ruthless rulers. 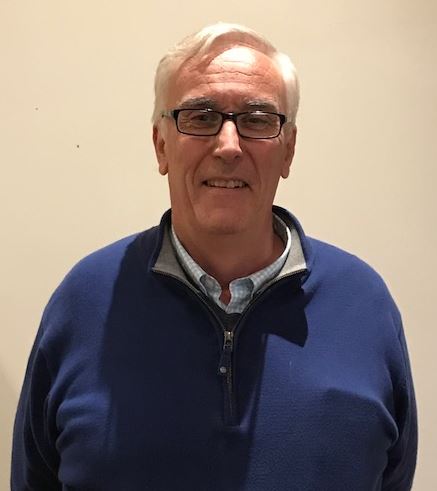 Speaking at Plimmerton Rotary on 10th April, Greig Cunningham recounted the experiences of his brother Gary, who had originally come to prominence as the cinematographer who shot pictures of the Wahine as it came to grief in Wellington Harbour in a violent storm on 10th April 1968, exactly 50 years ago to the day.

“Gary went down to Seatoun beach mainly to get some pictures of the southerly storm for that evening’s TV news. But when he got there and began filming the Wahine it dawned on him the huge ferry was in deep trouble. He kept his camera rolling to record the tragic events. His pictures were shown around the world.”

Gary was an adventurous type by nature. With his trusty camera, he covered all sorts of events including bushfires in Australia, a helicopter crash on an aircraft carrier, and even a stint in 1969 in Vietnam during the war there.

“In 1975 Channel 7 in Melbourne invited Gary and his colleagues to visit East Timor to cover what appeared to be a civil war taking place between the local population which was of Portuguese descent, and the ruling class backed by Indonesia.” Initially, everything seemed to go well for Gary and his friends. They filmed where they could among sporadic fighting and sent the pictures back to Australia. They did not feel in any danger.

Subsequently, Gary returned to East Timor at the request of Chanel 9 in Sydney to do more filming for their Australian audience. It was on this trip, on the 16th of October 1975 that Gary and his colleagues were shot and killed. Later it would be learned that the Australian Government had become nervous about the negative impact these pictures could have on their Indonesian allies. It also came to light that the people who killed Gary and his friends were Indonesian soldiers who had removed their uniforms.

In the 31st January 2009 edition of the Dominion Post, it was reported that “The Sydney coroner declared yesterday that five Australian-based journalists, including Kiwi Gary Cunningham, 27, were butchered to prevent them from exposing the extent of Indonesian military involvement in the 1975 invasion of East Timor.”

The article went on to say that “The ruling has been welcomed by Mr Cunningham’s family, with his brother Greig Cunningham saying the three-decade fight had taken a “terrible emotional toll on his family.”

In honour of his late brother, Gary, Greig’s family continued to carry out a significant amount of charitable work in East Timor. “We visit the country regularly. It is a most beautiful place, like Bali before it became commercialised. Our family and friends help the local people in all sorts of ways, from ensuring children receive proper health care to advising on building projects.”

It was clear to his audience that Greig’s brother would not be forgotten. “Our family has more descendants coming through all the time. They want to know the truth. We are not going to go away.”

Editor's note: Greig was interviewed in Australia recently and here's the video of that interview.