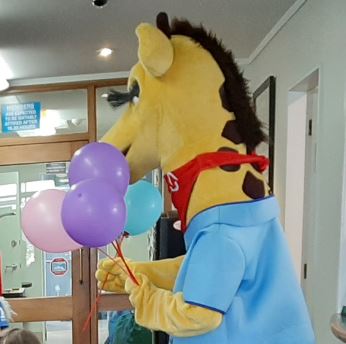 The welcome by the Christmas Fairy and Harold the Life Education giraffe is always a delight. Allan and Barbara Nichols had everything under control. The magician, Nigel Kennedy, was eagerly anticipated and did not fail to entertain with balloon magic and the appearance of Mr. Rabbit. He made Callum into an alien. Abigail treated us to her magic words and became a swan. Sophie with her Xmas glasses became a flower.

You know the expression, 'You just had to be there'? 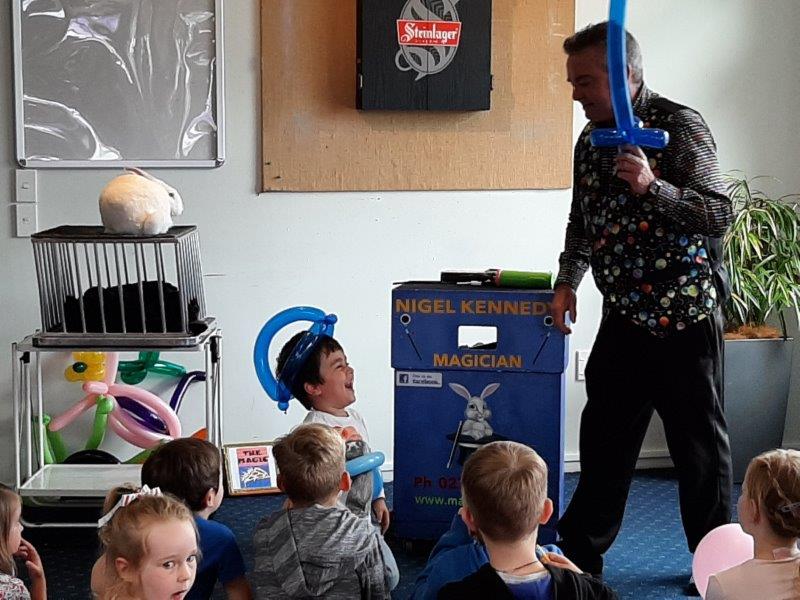 Ashton's reward, as the Magician knighted him Sir Ashton with the balloon sword, was a delighted giggle. 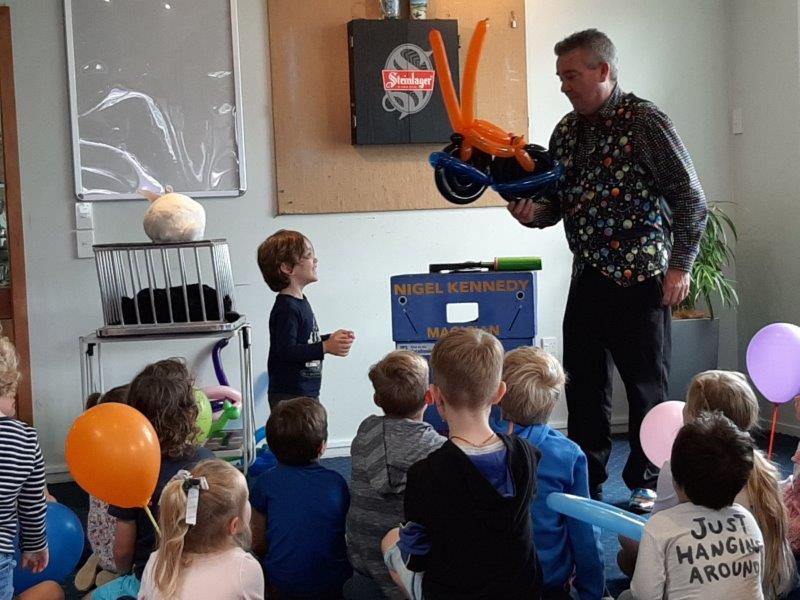 Mya was wonderful with the Santa puzzle and all the Magician's helpers took a bow.

The audience showed their appreciation and lined up for a gentle pat of Mr. Rabbit who'd been enjoying the fun from his position on top of his cage. 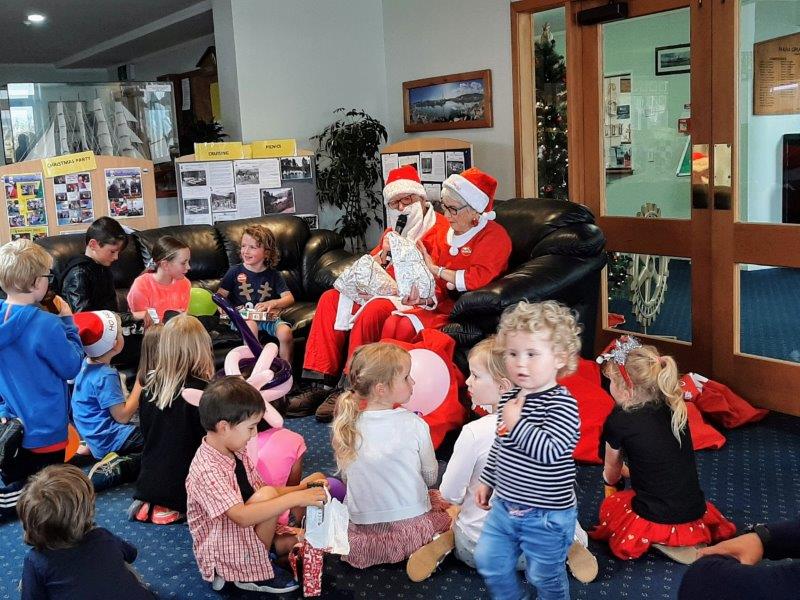 Alan introduced Santa and the Christmas Fairy who delighted the children with gifts. The audience was rewarded with a lovely meal with special boxes for the children.

Editor's Note: You can find some more photos on the Gallery page.