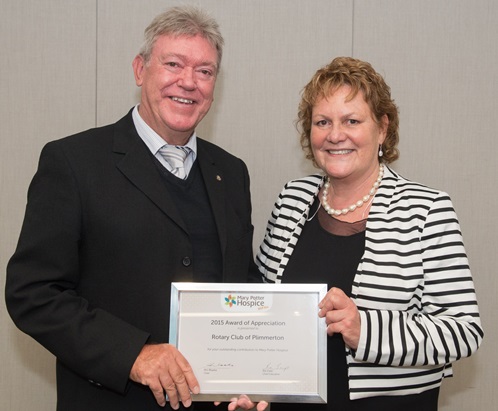 At the 2015 Annual General Meeting of Mary Potter Hospice the Patron Lady Susan Satyanand and the Chief Executive Ria Earp presented an award to Chris Garrett representing the Rotary Club of Plimmerton in recognition of its support over the years. 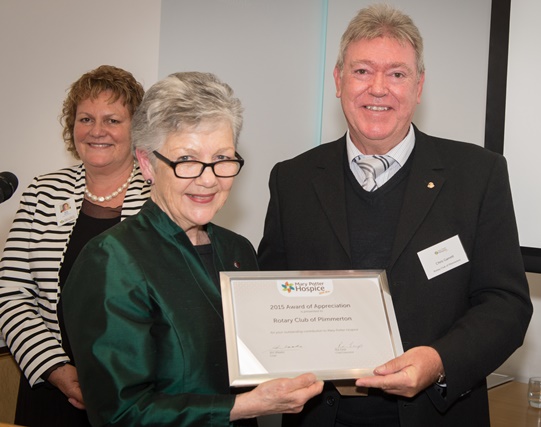 The citation states “The Hospice has received generous support from the Rotary Club of Plimmerton since 1990. Club members have given their time helping with Hospice Street Appeals, and have organized other fundraising activities. In the past two years, the club hosted two fundraising breakfasts that featured the Prime Minister, the Right Honourable John Key, as guest speaker. Altogether the club has raised the grand sum of $22,358 in support of our work.”