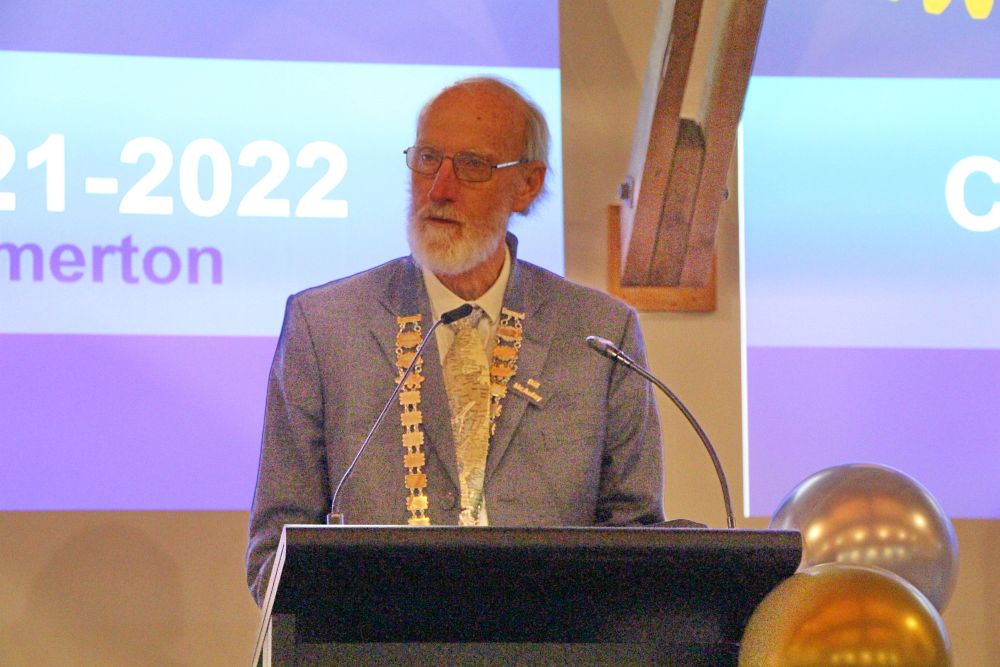 Before President Bill stood down at the end of his Rotary year and handed over to President-Elect, Kay, he summed up what the year had meant to him. He said,

'My year as President started three years ago with Jenny Lucas asking me to take up the role. I said 'no'. I had been asked and said 'no' a couple of times before. Jenny then countered with a winning argument. She pointed out that if I said 'yes', then I would never have to say 'no' again.

'Once again it has been a busy year for our club projects. In reflecting on 2020/2021 there are four themes that I would like to concentrate on in summing up the year:

'Fellowship, Fundraising, Youth and Environment with some of the Rotary Centenary projects intertwined amongst them.

'1. Fellowship
Emerging from Covid lockdowns in June 2020 we commenced with the goal of using Fellowship opportunities to make the club a vibrant and fun place for members and visitors. We decided to have monthly fellowship events and reduce the number of speaker events. So we enjoyed Quizzes, a Toastmasters meeting, a Myanmar food night. St Patrick's Day, Melbourne Cup, Robbie Burns Evening, a beer tasting evening, a weekend of golf and gardens, Would I Lie to You? a sports evening, and more casual dining arrangements. All of these contributed to adding value to the club in what could have been a downward spiral, after the 2020 Covid 19 lockdowns. Thank you to Kay for driving so many fellowship activities.

'3. Youth Projects
The Youth Committee and the energetic Donna Reed have once again delivered many memorable project outcomes.

'In conclusion, I am appreciative of the fantastic Board support from Euon Murrell, Donna Read, Les Callear, Kay Phillips, Phillip Reidy, Bruce Couch, and Graeme Tongs. The success of the club also depends on the efforts of those many project leaders who I have not mentioned plus a core of people who make the weekly meetings tick smoothly:

'I am glad that Jenny convinced me to take up the role as I have had an enjoyable year that has grown my own boundaries. 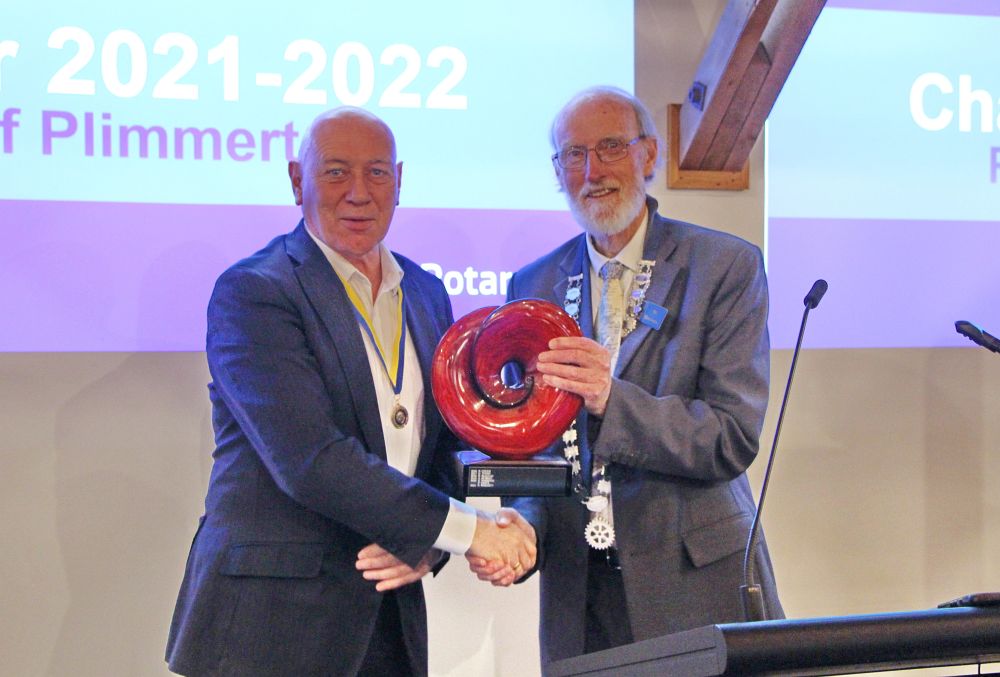 'I would like to award the 2021 President's Award to someone who, every week, has helped me but is usually in the background. That person is Philip Whearty. I owe appreciation every week to Philip. He has quietly nudged me to manage my time-keeping, he sets up and takes down the room, he is a very active link with the Mana Cruising Club and the caterers, he manages attendance records, and he makes his business resources available to us. He has done all this with no fuss and no interference but has always been available for advice. Thank you and congratulations, Philip'.