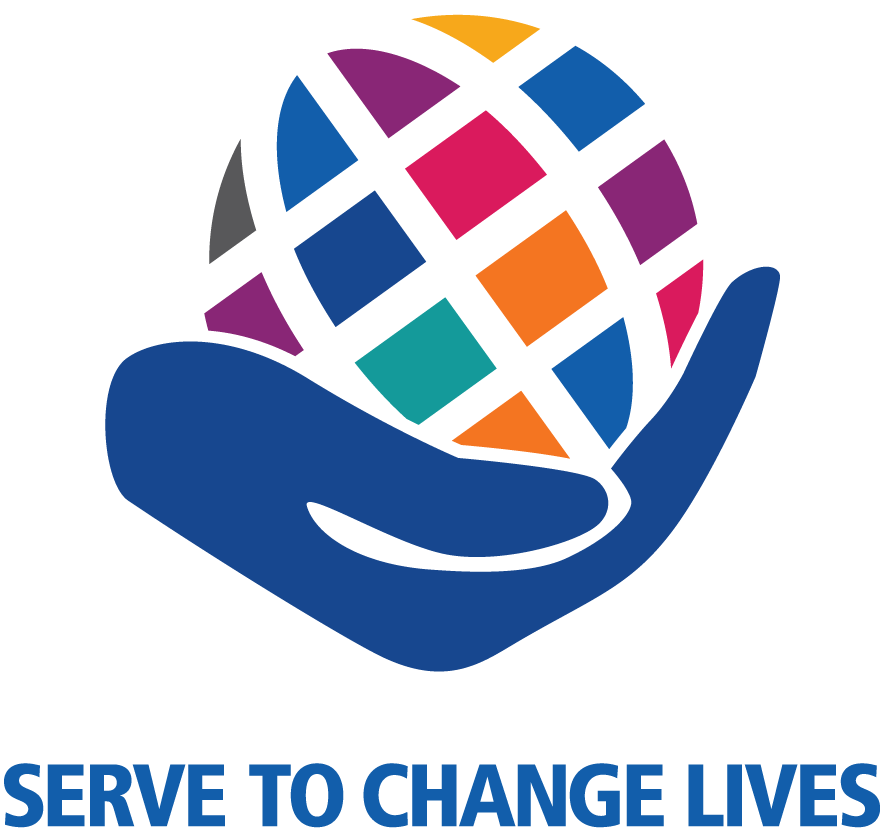 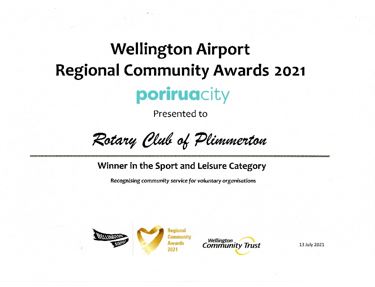 While most members enjoyed a social evening, Phillip, Graham, and Richard attended the Wellington Airport Community Awards - Porirua. Plimmerton Rotary won the "Sport and Leisure Award. This was fitting recognition for a project jointly undertaken with Porirua City over 20 years involving so many in the Club. The Club can be proud of not only winning the award but also of creating a community asset that some 65,000 use now and others will use long into the future. It was humbling to be at the Awards and to talk to others and hear what great work being done in our community. With the Award went a prize of $1000 and, as a category winner, the Club goes forward to the regional finals in November.

President Kay reminds members that, although we do make an extra effort to invite partners on special occasions like Tuesday's, she would like partners to feel able to attend and be welcome at every meeting. It was wonderful to have several Honorary Members present as well and they are also welcome at all meetings. 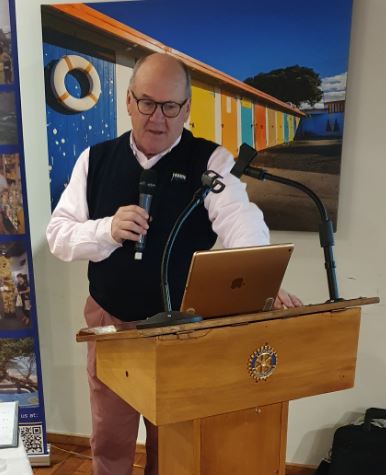 'Who wants to be a millionaire?' asked Bryan Waddle, as he kicked off the social evening and created a riotous evening with his brilliant compering which had members laughing and enjoying themselves. Teams of 4 were given a marking sheet with questions 1-5 worth 5 points each, 6-10 worth 6, and 11-15 worth 9. The questions were fairly obscure, as evidenced by the results from many of the 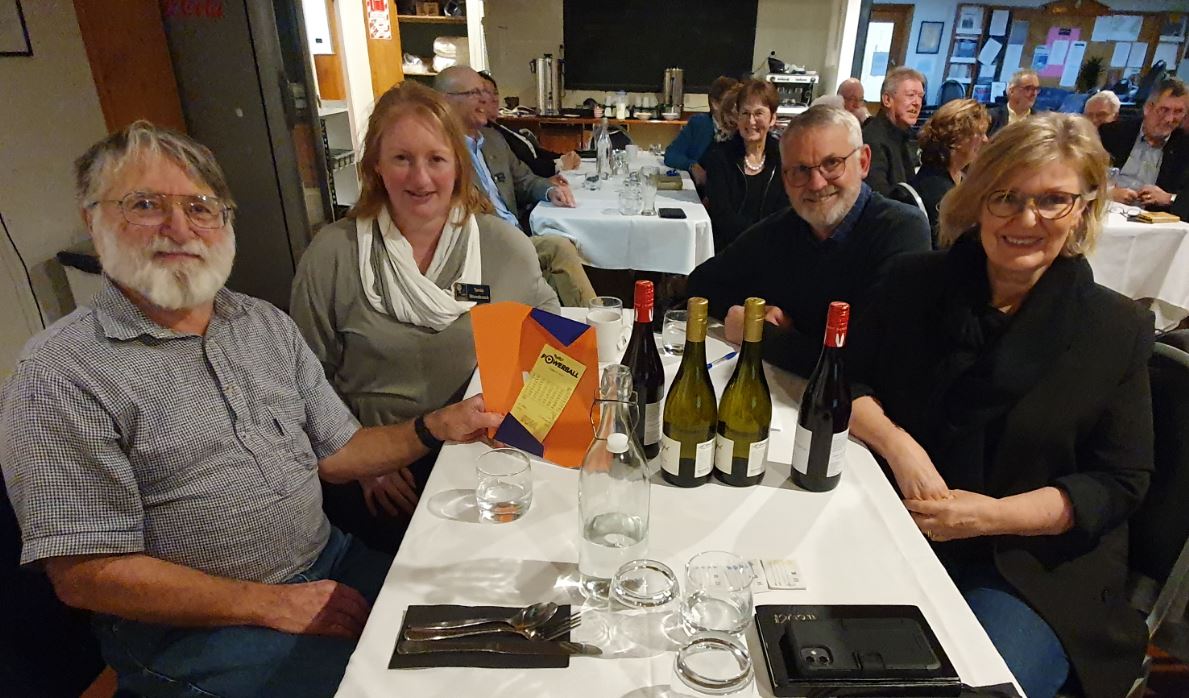 tables who had clearly only got 2-3 questions right. In addition to the general questions, there were two 'Who Am I' questions, one won by Jenny Lucas and the other by ??  The team who were declared the winners with an amazing total in the 40s, were the team comprising Leigh Corner, Tania Woodcock, Colin, and Lorraine Whyte who had great knowledge of New Zealand trivia. For those members who weren't even in the 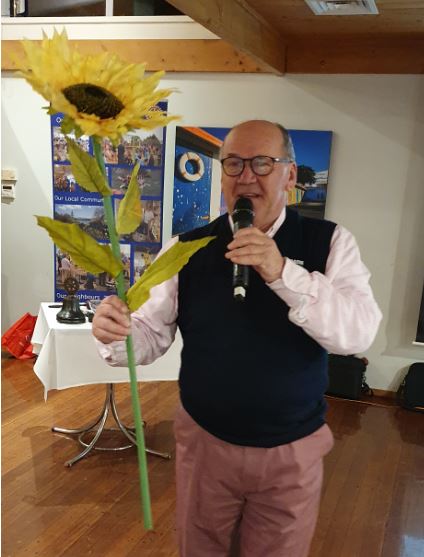 country to know many of the answers, some of the questions were a complete mystery! The team who scored lowest - was it 11? - were given the booby prize to share, though quite how they were to share it also remains another mystery.

Graeme Blick gave a fascinating and informative Viewpoint tonight. He explained in detail how place names form an important part of a country’s history and heritage, as well as its culture and language. The editor would like to add for those who don't already know, that there is a mountain in Antarctica named after Graeme, Mount Blick.

Friday Frolics will start again at the Supply Room on Friday 16 July at 5.00 pm. Those members who wish to attend are invited to join others for a drink and social hour. It's very casual but friendly. Some may stay for dinner afterwards. Those who attend can decide whether to make this the second or third Friday of each month from August onwards. If you have a preference and can't go on the 16th, please let Kay know.

On 20 July we will hear from Murray Edridge, the Wellington City Missioner since May 2018. The number of people seeking emergency housing in the city of 211,000 has tripled in the last 12 months, as rents hit record highs and the pandemic disproportionately impacts lower-earning jobs. Murray will be talking to us about the troubling situation facing Wellington.

Rotary Club of Porirua members have been invited to join us. Their club is now very small and, being so small, attracting speakers of the calibre of City Missioner Murray is difficult. As they supported us in the beginning, we need to support them now.

This is advance notice that the social evening on 10 August will be 'Tuesday with a Twist'. The new Drone video of Te Ara Piko will premiere on the big screen at the Light House Cinema. An overview of the project will also feature. The event will be hosted by Mr. Bryan Waddle (of international fame) and for your enjoyment, a movie will round out the evening. It is also a partner and friends’ night so make up a party to enjoy the night which will be a 5.30pm start for 6.00pm. There may or may not be some surprises, but you will need to come along to find out. More details will follow and bookings are open now with Phillip Reidy.

To see what else is coming up, go to the Events page.

Kay explained that there were some notable absences from the meeting. Phillip Reidy, Graham Wallace, and Richard Sherwin were attending the Wellington Airport Awards in the hope that Te Ara Piko project would receive an award in the Sports & Leisure category (and it did) and Bill McAulay was absent at the same Awards in the hope of receiving an award for the work being down at Taupo Swamp in the Environment & Heritage category (and it came second).  Reports and photos will doubtless be provided for next week's Update!

Allan Nichols mentioned that 34 members have put their names down for the Guess Who's Coming to Dinner on Saturday 21 August. He doesn't want to leave anyone out so if you want to be included, please let him know. If you would like to offer to host the catered meal, please let him know this too. There are several expenses to take into account and Allan hopes to keep the cost below $40 per head. You can find some information here and more details will be available nearer the time.

Chris Garrett mentioned the Charity Ball that will be held at The Boat Shed on Taranaki Street Wharf in Wellington at 7.30 pm on Saturday 11 September. Tawa Rotary is running this fundraiser in aid of a Breast Milk Bank.  Members can obtain tickets from Chris Blick at $45 each or $450 for a table of 12.

Chris also mentioned that arrangements are in hand for the Golf and Garden weekend from 8-10 October. A block booking has been made at the Copthorne and 28 people have confirmed so far. 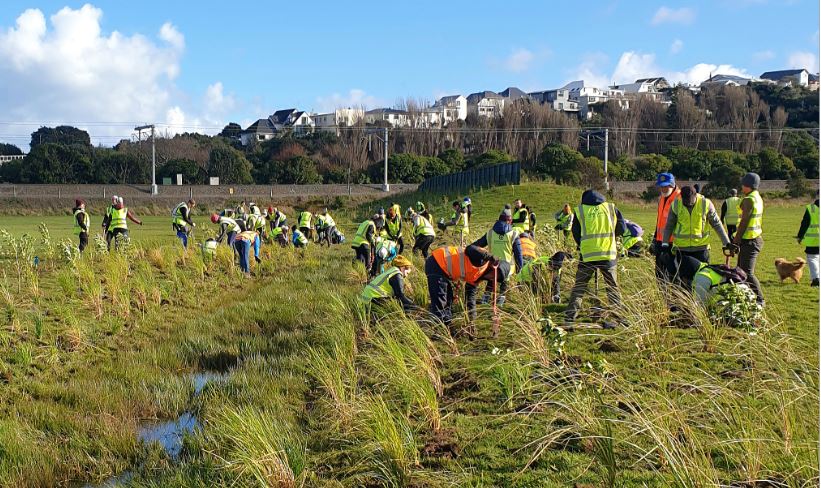 Barry McEwen corrected the information shared last week that 2,500 plans had been put into the ground. The number was actually 3,500. Following the successful planting on 14 July, Phillip posted the following note on our Facebook page which is attracting a following of over 1,000 people. It says, 'Another awesome planting today with help from Conservation Volunteers New Zealand and a great team from the Health Promotion Agency. We also had some students along to help and understand what it means to create something for future generations to enjoy. By just after lunchtime this team had nearly 2,500 plants in the ground despite a very frosty start to the morning. This is some achievement that Rotary could not do on its own. The next planting day is 31 July 2021 from 9.00 am till 1.00 pm. Come and help plant a legacy for our grandchildren's children'.

Kay adds her compliments about the spectacular morning tea - the biggest scone she's ever eaten, full of yummy dates.

Kay followed her pattern of re-introducing members by giving a brief precis on Nick Walmsley, an Environmental Engineer by profession. Nick had been President in 2011-2012 during which time:

Kay expressed her thanks to Les Callear for the enormous amount of work he and his team had done to stage the Dancing with the Stars event which had been abandoned through no fault of his or his team's.

Rotary Hutt Valley is hosting RI Past President Ian Risely and Past District Governor Juliet Riseley for a Rotary Foundation event at Angus Inn Hotel in Lower Hutt on Wednesday 18 August at 6.00 pm.  If you would like tickets you can go to this link. 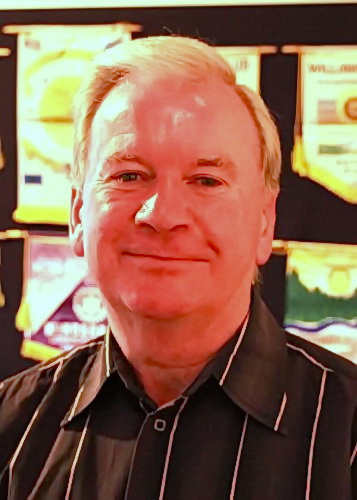 Les Callear updated members with details on the activities currently being undertaken by the Community and Fundraising Committee.

Future projects that might be considered in the summer are a Yellow Duck race, a Marathon Swim Relay, and a Celebrity Speaker dinner being led by John and Dexter. It will be a busy year ahead. 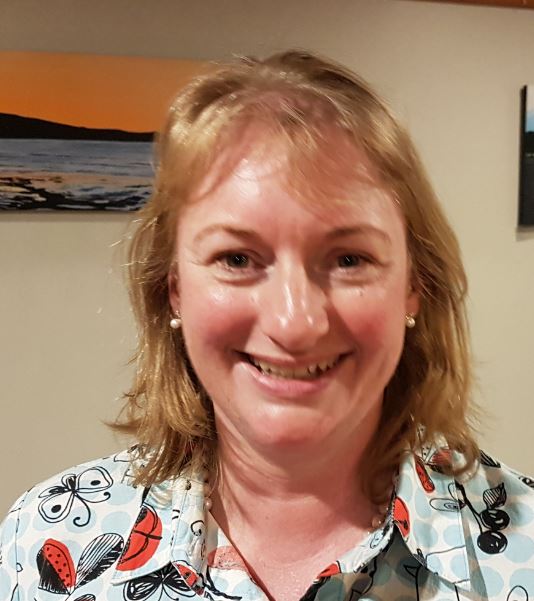 Tania Woodcock updated members on the activities of the International Committee which is working on: 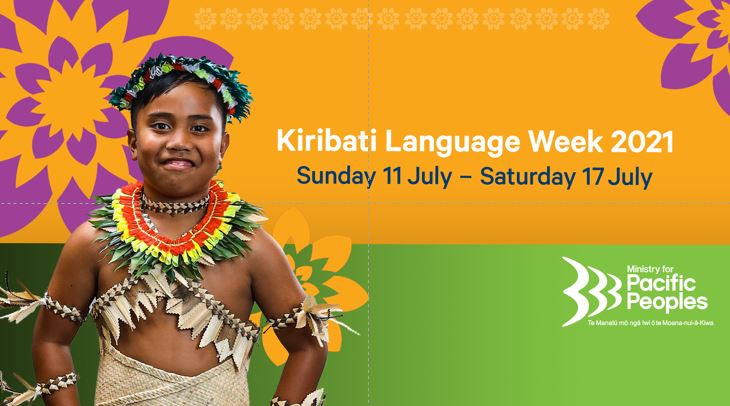 She pointed out that that the Kiribati Language Week runs from 11-17 July when Pataka will be showcasing Kiribati fashion, dance and drama, traditional games, and the creation of local products. She told us that Kiribati is famous for flyfishing, scuba diving, and seabirds. However, it is in danger from Climate Change and is sinking because it is so low-lying. The most famous of its islands is Christmas Island.

President Kay reported on decisions made by the Board at its meeting on 12 July.

Kay reported that Dallas' nephew in Canada has died in a motoring accident and she is doing what she can to return there.

She also reported that Rhondda is currently in hospital where specialists are trying to find out what the problem is. She hopes to be home soon.

Brian Greaves gave us the parting thought. He said, 'Life is short; break the rules; forgive quickly; kiss slowly, love truly, laugh uncontrollably. And, never regret anything that made you smile'.

Note: Bryan Waddle has swapped with Nick for next week's Viewpoint.
Unable to do your duty? Please find a replacement and inform Graham Wallace.
If you're a late 'no show' please tell President Kay.
Please arrive at 5.45 pm if you're on Door duty or hosting the Guest Speaker for the evening.
Need to apologise or bring additional guests?
Advise the Receptionist at Professionals before 10.00 am on the Monday before the meeting on 233 9955 or email paremata@dwre.co.nz if you prefer.
Please provide the name (and spelling if necessary). The same applies if you're going to be late.