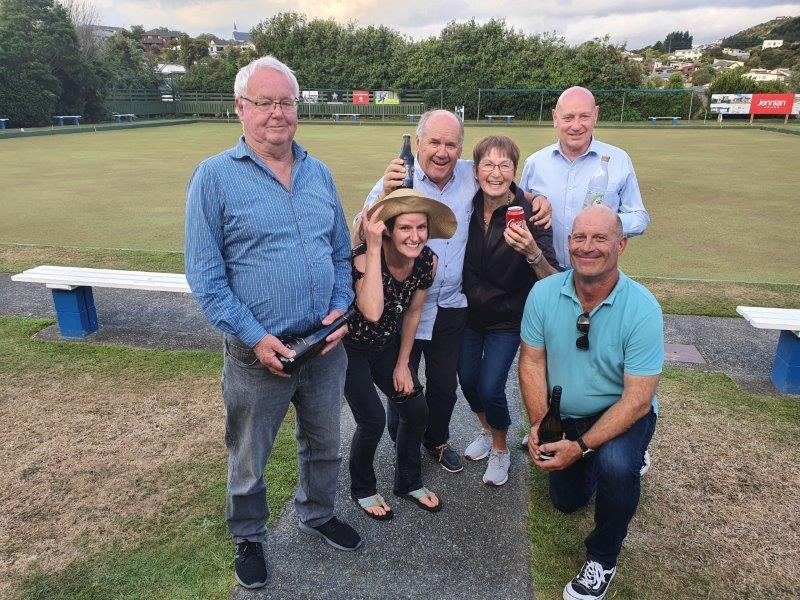 Bryan Waddle took over from President Bill as emcee for the evening and did a great job of entertaining the troops and generally causing mayhem. The bowling culminated in a competition, with everyone bowling their balls from one corner to the other across all the lawns. There were some interesting results! Booby prizes were awarded for the worst bowl (Marg), clearing the corner and landing in the ditch (John), worst performance of the night (Philip).  Second prize went to Nigel Brown, and the winner was our newest member, Dallas, who managed to get within a metre of the corner with inveterate skill (although she claimed it was a complete fluke). Bryan is in the photo, not because he won a prize but because he made it such fun for everyone. And, as he said, he couldn't have done it without the background help which always comes from Les who was watching the dramas unfold from a strategic position on the side-line.

Remember that President-Elect Kay mentioned that we can expect some Irish "high jinks" at the 16 March meeting. Please come dressed in something green, or everything green if you prefer! Kay asked members to 'bone up' on their Irish general knowledge - there will obviously be some questions! This is a partners' night!

Kay reminded us that the March social event will be held on Saturday 20 March, in the afternoon, at the Masterton home of Denise and Dexter Traill. Anyone is welcome, conference attendee or not. It will be a themed 1973 afternoon! Please let Kay, Denise, or Dexter know if you wish to go.

Our Changeover Night has been set. It will be on Tuesday  29 June at the Silverstream Retreat. It will be a great night with entertainment and a few surprises. The meal cost is $75 pp. To offset this you have already paid part as it replaces a Tuesday meeting. There will be a complimentary bus for the first 45 people to register on our Tick Board from next Tuesday. (If you are on holiday or ill, let Kay know and she will add you to the list). Kay and Bill are hoping they get full members' support for the most important annual event in our Club Calendar.

A last-minute, but nonetheless important, reminder from Treasurer Bruce, who has clearly not received everyone's Bank account number yet. Please send it to him by email or test as soon as possible. Members might consider making a donation to the Trust at the same time in lieu of the sergeant sessions that no longer take place weekly.

Bill referred to the Forum that was held in July 2020 when members' views were canvassed about what they did and didn't like about the Club and featured the declining membership. The responses indicated that more fellowship activities were sought and that formalities in some meetings could be reduced. As a result, future meetings will not have grace before dinner, and speakers will be introduced briefly by the President, at least for the rest of Bill's year. The rosters will reflect this change.  The nomination process for future presidents had also been considered but the current process was thought to be satisfactory at present.

Bill also mentioned that the Board had decided to donate $5,000 out of approximately $17,000 raised at the final Book Fair (thanks to Phillip's excellent project management skills) to Life Education Trust and Allan Nichols expressed his thanks on behalf of the Trust.

Bill said that the Board was considering reaching out to leaders of other organisations, such as people like Tracey Thompson, Kapiti Mana Area Police Commander, with a view to awarding Honorary Membership of the Club so that on-going and effective relationships can be developed.

President-Elect Kay mentioned that Rotarians from Whanganui North would like to visit the Club in May, coming to one of our meetings, followed by a tour of the great things our city has to offer. Kay asked for an indication of who might be interested in billeting these visitors and received an enthusiastic response.

Donna asked for volunteers to help at Glenview School following the visit of their principal, Lynda Knight-de Bois a few weeks ago. . The help they need is with :

Members are also welcome to let Graeme Tongs know at any time if they want to change from the print version of Rotary Down Under to the digital version. Copies of the latest membership list will be available from Graeme at next Tuesday's meeting. 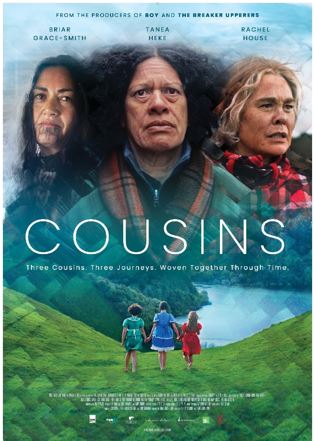 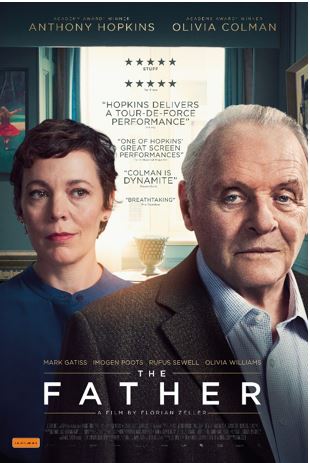 The Zonta Club of Mana is hosting two films at the Light House, Pauatahanui. The first, Cousins, will show at 5.00 pm on Sunday 21 March. The film is based on a book by Patricia Grace and she has kindly agreed to come and talk before the film. 4.15 pm mix and mingle and pick up your ticket at the theatre. at 4.40 pm Patricia Grace will give us some background to the story of Cousins. The second film is The Father which will show at 5.00 pm on Sunday 18 April. Tickets are $25 each for each film, payable to the Zonta Account 030547-0071451.00. Use your surname and the name of the film as your reference. Seats will be allocated on a first-come basis.

Weekly Update - Bowling extravaganza - 9 March 2021
+ Text Size -
Do NOT follow this link or you will be banned from the site! Original generation time 6.5791 seconds. Cache Loaded in: 0.0384 seconds.