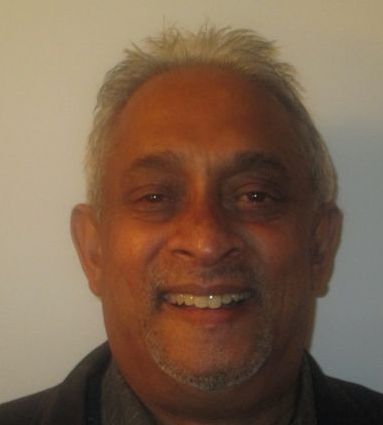 Joe Perera gave us his Viewpoint tonight. He said ...

'For my Viewpoint, I want to tell you three jokes today. That’s pretty much it. So here is the first joke.

'There is a man, he is dying in his bed in his home and he smells, coming from the kitchen, the most sublime smell. It’s the smell of his favorite chocolate chip cookies. And with his last strength, he gets out of bed, and he goes to the kitchen, where his wife of 50 years, is cooking these beautiful chocolate chip cookies. And they are on a plate of four of them, just out of the oven. And with his last human strength, he reaches over to take one of the biscuits. And his wife sees him, she rushes over, she slaps his hand, and she says, “No, they are for the funeral.”

'For me, the answer is that seriousness is not the correct response to the absurdity of life. The human comedy that would create beings, such as we, who are sophisticated enough to ask the huge questions, “Why are we here?”, “Who are we?”, but be really forever denied an answer and left in a state of existential tension which we seek to relieve in various ways. And one of these, the most effective for me is laughter.

'Seriousness or humorlessness is dangerous, not just for ourselves but also in society. And why should that be? I think it’s partly that humorlessness, would limit us to narrow thinking, rigid ideology, cruelty, and a tunnel vision whereas humor obliges us to have an open mind and empathy.

'There was a flight, an Air New Zealand flight, from New York to Auckland. The flight was going very well. It was almost in Auckland, and then there was a tremendous explosion from the right wing of the aircraft, and the captain’s voice came over the speaker, and he said, “Ladies and gentlemen, please, we have a problem with the number three engine on the right wing of the aircraft. Please do not panic, we have four engines on this aircraft. We have… (explosion sound) We also now have a problem with the number one engine, but we have two very good… (explosion sound) We have one engine, but I assure you the pilot is most capable of flying the aircraft with only…(explosion sound) Ladies and gentlemen, we’re about to make a landing on the water. I will speak to you from the water. Please do not panic.”

The pilot, of course, makes a spectacular landing on the water. And then, the captain’s voice comes over the speaker again, and he says: “Thank you, ladies and gentlemen, for following my instructions. Now, please listen very, very carefully to what I am about to say. All those of you who can swim, please line up on the right wing of the aircraft. All those of you who cannot swim, line up on the left wing of the aircraft, and I will speak to you from the water.”

So they do everything he says, and they see finally a little captain in a rubber boat rowing to the front of the aircraft, and he has a loudspeaker, and he says: “Ladies and gentlemen, again, I congratulate you for following my instructions. Now please listen carefully to what I am about to say. First, those of you on the right wing of the aircraft, Auckland is this way. It is only three nautical miles, the water is warm, and the current is with you. Good luck. Those of you on the left wing of the aircraft,  Thank you for flying Air New Zealand."'

'The final line of any joke is called the punchline in English, and in German, it’s “Du Po Ente.” [sic] It’s the line where the miracle happens; the line where we’re surprised by something that is revealed, and from that surprise is released joy.

'And my parting wish for you all here today is that your own life be a joke. and that they have punchlines; that they have “Du Po Ente,” [sic]. Stay funny. Keep laughing. Peace.'