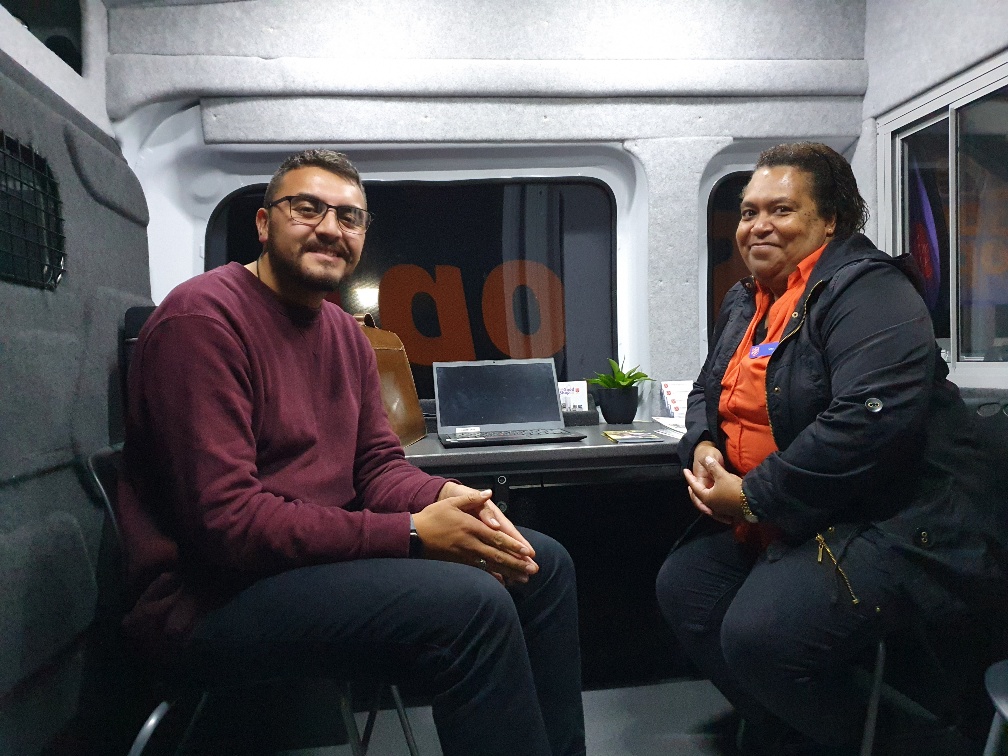 Last evening we had visitors from the Salvation Army (SA): Jerry Nasalio and Sara Toloi. They gave us an insight into some of the work of the Sallies in Porirua East and brought along their posh new van for us to inspect.

Sara’s work is fairly conventional: she runs the food bank, for which there is a high need in Porirua. It is open Monday to Friday, 10.00 to 1.00 pm. Families are able to obtain food boxes three to five times per annum, the size being dependent on the size of the family. Each box contains enough supplies for a week. If families need help more often, they are referred to the SA budgeting service and/or a social worker. Countdown is a generous donor to the food bank.

The Sallies have been running a community finance programme for several years, but Jerry is in charge of a new venture, a mobile food shop, and an ethical financing service for needy families. It has been running for a year, here and in South Auckland.

In low decile and immigrant communities, unscrupulous high-interest third-tier lenders have been preying on vulnerable families. The Government (Kris Faafoi in particular) took some action to stem this scourge but the problem remains. Jerry’s goal is to ‘disrupt the market’ and offer a better alternative to those families who have to borrow to get by.

Client families are able to obtain appliances and food on credit from the SA, and the loans are interest-free. There is a preliminary needs and budgeting interview in the mobile office, which establishes the weekly repayment. The SA then orders the goods which are then delivered to the family. Countdown’s existing online shopping service is used for food supplies.

Families that are living beyond their means may have their applications declined and are referred to other SA services such as housing or budgeting.

Jerry’s worst ongoing problem is that many families cannot understand even the simplest financial issues and are therefore vulnerable to predatory lenders. Educating them is a big part of Jerry’s job, but he is making progress.

For the club, this was a useful insight into the problems faced by the neediest members of the community.