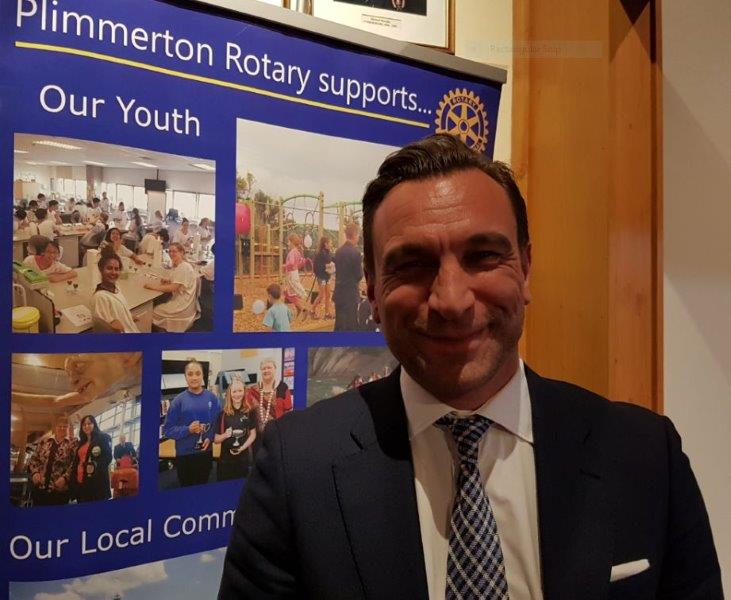 In recent years New Zealand’s regional business associations have formed a national body to advocate for their interests. The national body is called Business NZ and its CEO, Kirk Hope, spoke at Plimmerton Rotary on 22nd May.

Business NZ was all about promoting sustainable businesses. “New Zealand compares well globally. We have an annual growth rate of 2.7%, low unemployment, a broad-based economy, and an excellent business environment, with high transparency coupled with very low levels of corruption.”

In terms of GDP per capita, NZ ranked 16th in the world. However this country ranked 6th in the world for household debt. “This is a concern, although we compare well with Scandinavian countries like the Netherlands, Sweden and Norway. Even so, the high level of household debt could make NZ vulnerable in the event of a severe economic downturn.”

Our two most lucrative export industries were Dairy and Tourism, each producing $13 billion of income annually for this country. These were followed by Meat, Forestry, and Horticulture, each of which earned between $4 billion and $5 billion. “Another lucrative area for us is Export Education, which earned $3 billion last year, and is growing rapidly.”

The sector to watch however, was Technology. “This is our fastest growing sector. It currently earns us about $1 billion annually. The good thing about exporting technology is that it weighs nothing, so it can be exported anywhere in the world at no cost.”

For commodities, Mr Hope believed the future lay in adding value rather than in increasing volume. “We need to do a lot more in this country to add value to our commodities before we export them. Our farming needs to be less intensive which will be much better for our environment. Even though a high percentage of our streams and rivers are fenced off, the waste from dairy herds still leaches into our waterways and we should all be concerned about that.”

The state of Australia’s economy was very important for New Zealand’s well-being. “The Australians have bounced back amazingly well from the end of their resources boom. We regularly run comparisons between our economy and theirs, and it is clear that the two are closely linked. If the Australian economy is strong then ours is likely to be strong also.”

Mr Hope had strong words on the differing attitudes of the two major political parties towards the Resource Management Act. “Until we can get consensus across the political spectrum on this Act, it will inevitably slow our progress in a number of important areas.”

On the viability of the Trans Pacific Partnership excluding the USA, Mr Hope conceded the agreement would not be as good without the US, but it would still be very positive for NZ. “What we need is a PR campaign to advocate the TPP and the positive effects it is likely to have on all New Zealanders.”

Taking Care of Business
+ Text Size -
Do NOT follow this link or you will be banned from the site! Original generation time 1.5977 seconds.