If you want to go for a bike ride but you don’t own a bike, help is at hand. All you need to do is take the train to Paekakariki and borrow a bike from the Paekakariki Bike Library. 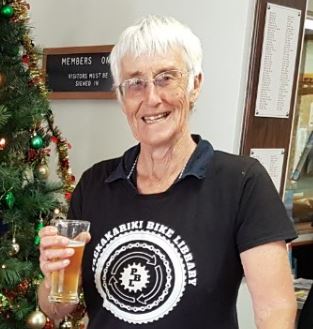 Speaking at Plimmerton Rotary on 28th November, Jan Nisbett, a passionate advocate for cycling, spoke about her latest venture. She explained that getting the bike library off the ground required the five P’s: Passion and drive to push ahead and make it happen; a Place to set up the venture; a Professional who knew all about fixing bikes; Product, being old bikes that could be refurbished; and Pennies in the form of money to buy the necessary tools and pay the rent.

Paekakariki Bike Library had been set up in an old shed near the town centre. Jan and friends had adapted the shed to their needs, keeping waste to a minimum. Grants had been obtained from charitable organisations. For repairs to the they relied on volunteer helpers with the requisite skills. Once a week they held an open day to give people in the community the opportunity to come in and help keep the fleet of bikes maintained. 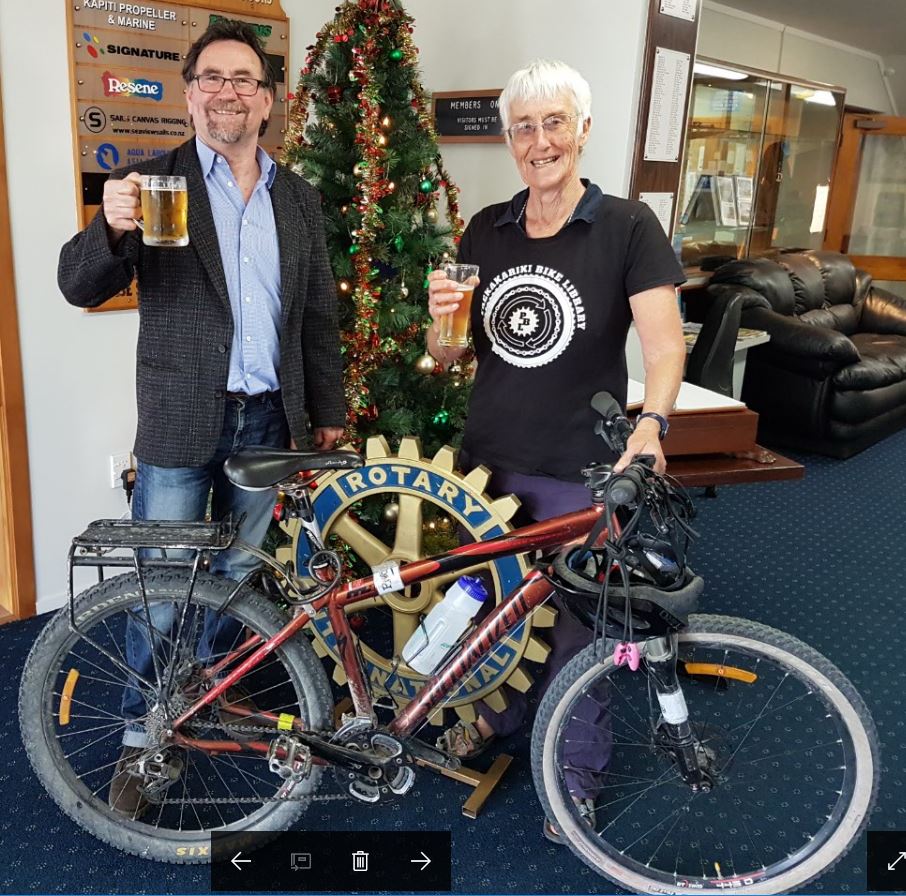 The bike library charged a minimal amount for hire of their bikes. “We often encourage people to hire a bike for several months or a year. Our charges for longer term hires are around $25 to $35.”

Jan was passionate about getting more people on to bikes and having fewer people in cars. “When you’re in a car you’re isolated from others, but when you ride a bike you are getting good exercise, plus you’re in touch with other people and with the environment. It is much better for you. It’s what I call ‘active transport.’

The more cyclists that were out on the roads, the safer those cyclists would be, because they would be more noticeable to other road users.

Jan appealed to her audience to let her know if they had a bike they no longer required, which could be fixed up and added to the fleet. “If it’s old that’s OK. Just call and we’ll be pleased to arrange to pick it up.” 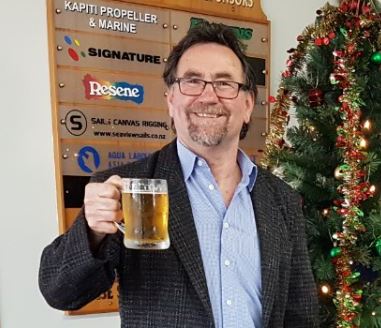 Also speaking at the meeting was local man Mark Shanks, another cycling enthusiast. Mark was particularly keen to promote cycling in the Porirua East area. “Members of the Pacifika community are not noted for their enthusiasm for cycling. But cycling is a great way to bring people together. In fact, I believe it is the way of the future for communities all around the world. It is better for the planet, better for communities, and better for good health.”

One idea Mark had was to encourage children to promote the idea of cycling to their parents. “Children just love playing together on their bikes. We need to find a way for children to pass on their enthusiasm to their older siblings and their parents so that they too can enjoy the simple pleasure of cycling.”

If you would like to donate a bike to the Paekakariki Bike or give your time to help out, please contact Jan at bikeridenz@outlook.com or 027 358 5611. They are also on Facebook: Paekakariki Bike Library.

Recycled cycles leading a wave of change
+ Text Size -
Do NOT follow this link or you will be banned from the site! Original generation time 2.3127 seconds.