Gwyn Akeroyd gave us his Viewpoint and said,

'I protest! Everyone else is doing it - so why shouldn’t I!

When I arrived in New Plymouth in the early ‘70s, life was peaceful, Grass was feed for cows – and Speed got you in trouble with Traffic Officers – not the drug squad. 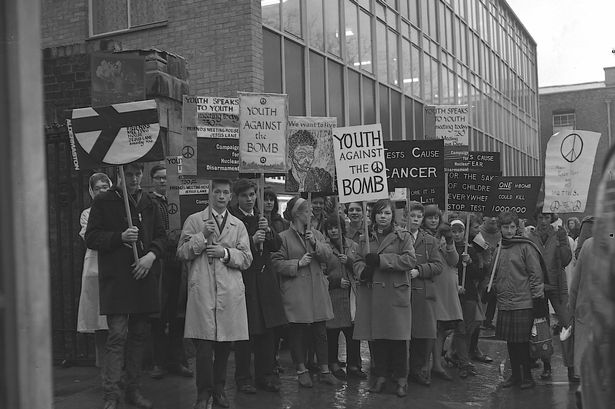 Now, almost every week, someone organises a noisy, disruptive protest. In the past there was Ban the Bomb and anti-Vietnam war, Springbok tour and Maori land marches. The current favourite involves children taking a day off school to protest against global warming – and the rabble has jumped on board with their Extinction Rebellion!

Even the government have got in on the act with their zero-carbon policy – though I suspect they have no idea how to achieve it short of replacing dairy farms with tree plantations. Perhaps they should ban the import of petrol and diesel vehicles? What a hue and cry that would create!

The aim to reduce greenhouse gas emissions is to be applauded, but the protests have the wrong emphasis. Demand has to be curtailed if we’re to reduce production. Attacking New Zealand producers without stifling demand will not make a scrap of difference.

Global warming has occurred naturally since the last ice age 12,000 years ago – but accelerated completely out of control in the past fifty years due to the increased human population requiring feeding, housing, heating and transport! Our generation and those that followed have been selfishly breeding like rabbits without considering the earth-shattering consequences to the environment.

In 1800, the world population was 1 billion and by 1950 it only reached 2.5 billion. By 2000 it had spiralled completely out of control to 7 billion and now stands at 7.7. Even worse – in 1950 much of the world lived an agrarian lifestyle and walked. Now everyone wants climate-friendly houses, gas-guzzling cars, imported food and overseas holiday flights every year!

Unfortunately, it’s the poorer countries with strong religions that are the most prolific breeders – and least likely to take corrective action. Brazil increased its population by 4 times after 1950 – and burns down the Amazon rain forest to support the burgeoning population. Indonesia and Malaysia increased by 3 ½ and 5 ½ times respectively and burn rainforest to plant palm oil trees. They produce 56 million tons of oil each year - but don’t blame them, they’re simply satisfying world demand!
World population is optimistically forecast to reach 10 billion by 2050 and 13 billion by the end of this century – but that will require a degree of control not evident now. Even 23 billion would be a mathematical possibility by 2100 if past performance continues. At current growth rates, India will reach 3 billion by the end of the century, China 2 billion, Nigeria 1.5 billion, Pakistan and Congo over 1 billion each.

Clearly this growth rate is not sustainable – the world can’t feed and water so many people. It has to stop! Communist China controlled population by a one-child per family law. If we’re to restrict world population by 2100 we’ll require a similar level of restraint worldwide. We’re already seeing a flood of migration from central Africa where annual population increase is currently over 3 % per annum! The world is in crisis – yet no-one points a finger at the population explosion as the ongoing cause – or indeed suggests any forced limitation. That would prejudice a woman’s right to produce an unlimited number of offspring that if necessary will be supported by the state!

We have endless debates about abortion. The planet doesn’t need millions of unwanted children, so it should be made freely available for all with no questions asked. In the Brave New World of the 22nd Century, abortion and sterilisation may have to become the norm. Having a child will become a privilege – not a right!

A great deal of time has been spent discussing voluntary euthanasia. Everyone has to die sometime and I’d prefer to do it in comfort! The planet doesn’t need those who serve no purpose, can’t look after themselves and don’t want to be here! However those opposing it are quite entitled to their own protracted and painful demise! 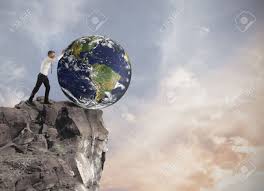 Unfortunately, life on this planet as we know it is coming to an end. Sea levels are forecast to rise between one and two metres this century and considerably more next. Large Coastal areas will flood displacing millions of people. Desert areas will expand and Sea temperatures rise. Freshwater will become even scarcer in many areas and excessive in others. Bushfires will become more frequent and more destructive. Damaging cyclones and typhoons will increase in frequency and severity. Refugees from both drought and flooded areas will become even more unmanageable than they are now – but in spite of their difficulties, they’ll continue breeding!

Greenhouse gas emissions have to be controlled – but I can’t see any government tackling the population explosion this century as the way to do it. By 2100 it will be too late. We may be breeding like rabbits – but like the over-populated arctic lemming – the human species is poised on the edge of the cliff.

On a bright note to finish – we won’t be here to witness the destruction!

A protest
+ Text Size -
Do NOT follow this link or you will be banned from the site! Original generation time 2.0244 seconds. Cache Loaded in: 0.0005 seconds.