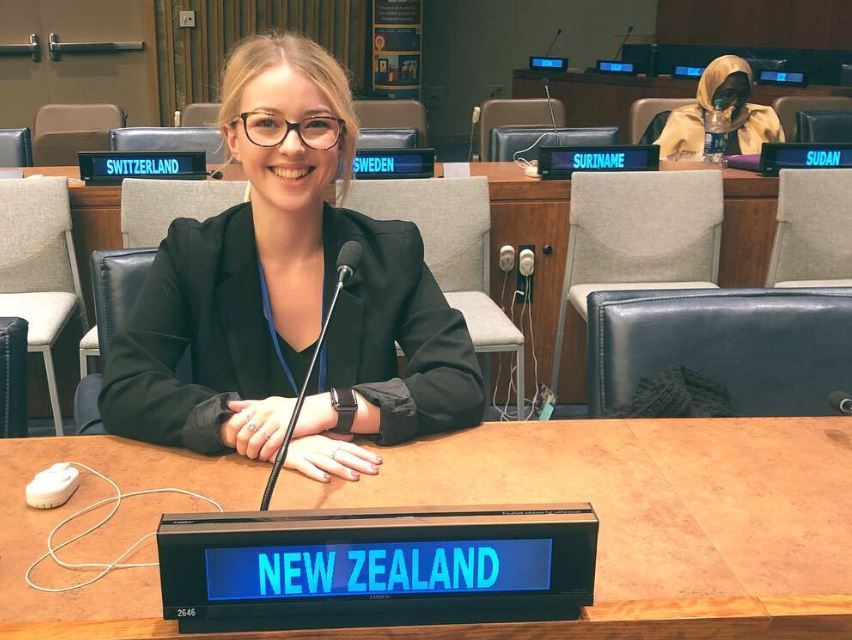 Our speaker this week was Maisy Bentley, a teenager until last week but with experience far beyond her years.

Maisy is well-known to the club, having spoken at the Women’s Suffrage Celebration in 2017. She already has credentials as a relentless activist in the cause of women’s and young people’s rights, through her school and university years. She has worked with charities, NGOs, the Ministry of Women’s Affairs and the YWCA.

In support of the New Zealand National Statement on Women, she researched the efforts of other countries, especially their welfare provisions in, for example, domestic violence, pensions, transport and childcare.

In March, Maisy was New Zealand’s Youth Delegate to the annual conference of the United Nations Commission on the Status of Women, a large event hosted by the UN in New York. This is the most important policy-making body in the field of women’s rights.

She explained how the conference functioned and how policy was negotiated, both in the formal sessions and off-line in smaller breakout groups. It was possible to engage with the UN’s top brass, including the Secretary-General.

The outcome of the conference was a 300-page policy document, a miracle of compromise among the nations.

Maisy concluded with some observations about youth engagement in policy-making, which the older generation is finding challenging because they lag behind in social media.

Maisy is now back at Victoria and her studies in Law and International Development. No doubt she will be able to teach her lecturers a thing or two about international diplomacy.

Editor's note: Our resident techie genius, aka Peter Sinke, has managed to load Maisie's talk (which we videoed) onto not one, but three YouTube posts. It was a long talk and YouTube will only allow posts of 15 minutes. Peter has cleverly separated the talk into three parts and here are the links. (Many thanks, Peter).