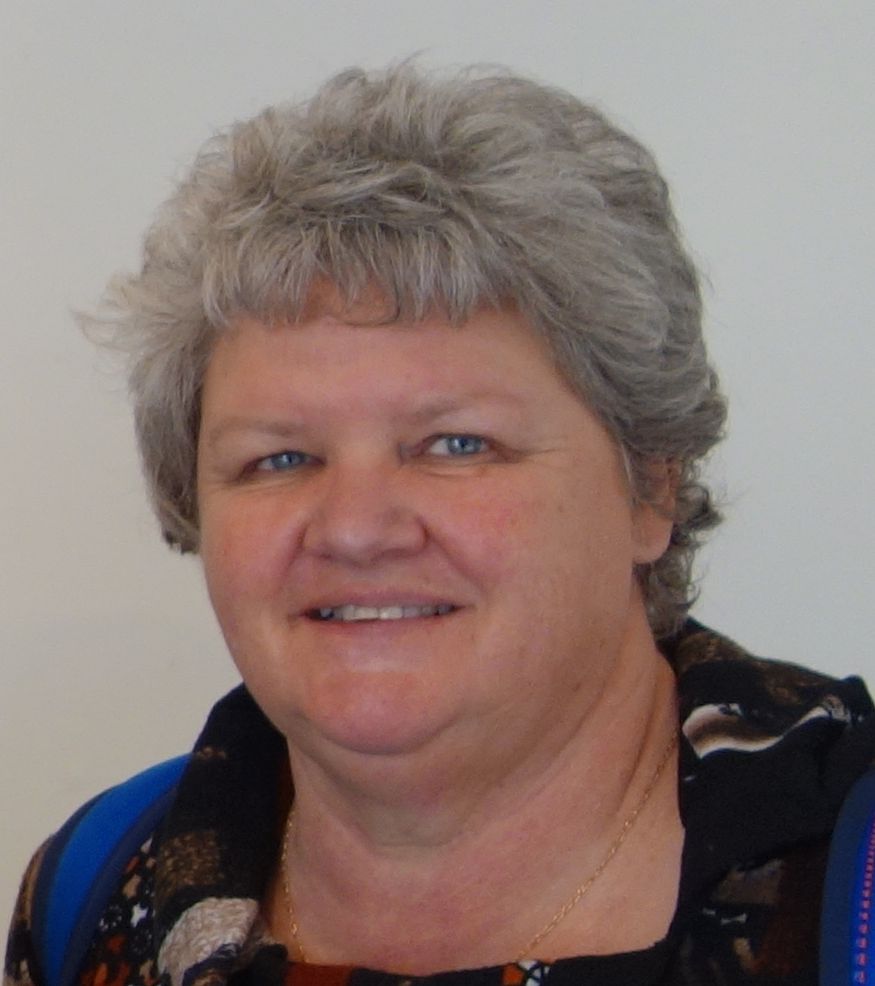 President Adrienne gave her overview of the year ahead based on the planning of the Directors over the last few months.

Her Information Bites each week feature three logos: The Rotary Club of Plimmerton, Rotary International, and the theme for the year under the leadership of World President Ravi Ravindran – Be a gift to the world.

1 - to adopt a partnership model
2 - to embrace change to have a relevant club now and for the future, but to respect traditions and acknowledge mana
3 - to build public knowledge of Rotary through more sponsorship and more successful projects. 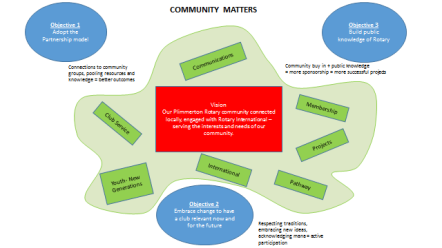 Ideas for some Initiatives:

Each Team Leader (committee chair) gave their plan for this year before members adjourned to their respective monthly planning group meetings (committee meetings).

As advised at our first meeting of the year there will be a club forum on 8 August where everyone will be given the opportunity to discuss the proposed plan and put forward any new ideas. 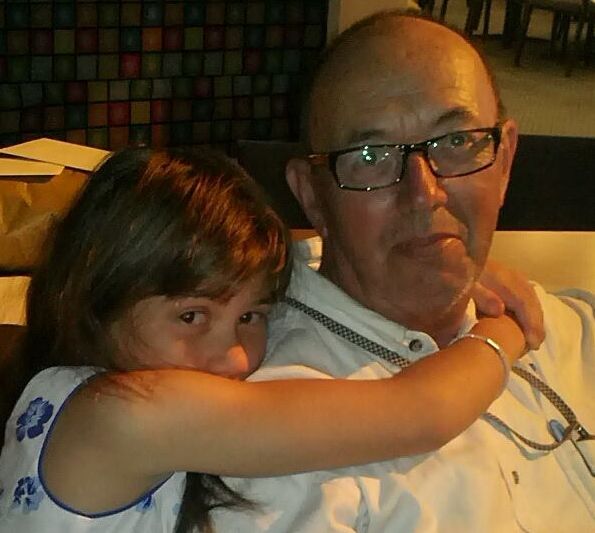 Peter Sinke
Peter has come through his surgery OK and everything went well. He's still in intensive care and we're being asked to give him and Linda some space before visiting. We'll keep you informed of his progress.

Greek Bailout - a reasonably good explanation
Following the recent visit from AMP Chief Economist, Bevan Graham, who explained many things about the current state of the world economy, this might help members to understand more about the situation in Greece.

It is a slow day in a little Greek Village. The rain is beating down and the streets are deserted. Times are tough, everybody is in debt, and everybody lives on credit.

On this particular day a rich German tourist is driving through the village, stops at the local hotel and lays a €100 note on the desk, telling the hotel owner he wants to inspect the rooms upstairs in order to pick one to spend the night. The owner gives him some keys and, as soon as the visitor has walked upstairs, the hotelier grabs the €100 note and runs next door to pay his debt to the butcher.

At that moment the traveller comes down the stairs, picks up the €100 note, states that the rooms are not satisfactory, pockets the money, and leaves town. 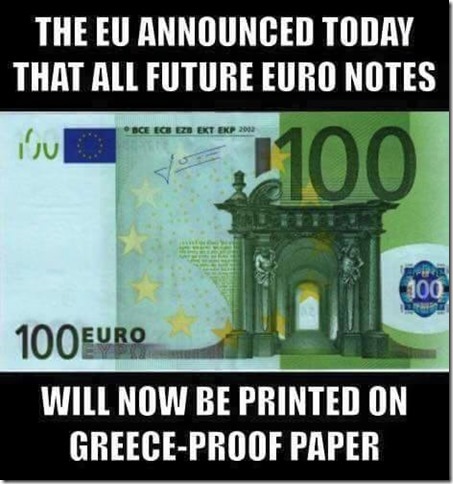 No one produced anything.
No one earned anything.
However, the whole village is now out of debt and looking to the future with a lot more optimism.

And that is how the bailout package works!

If you don't know where you are going - any road will do
+ Text Size -
Do NOT follow this link or you will be banned from the site! Original generation time 3.6705 seconds. Cache Loaded in: 0.0383 seconds.