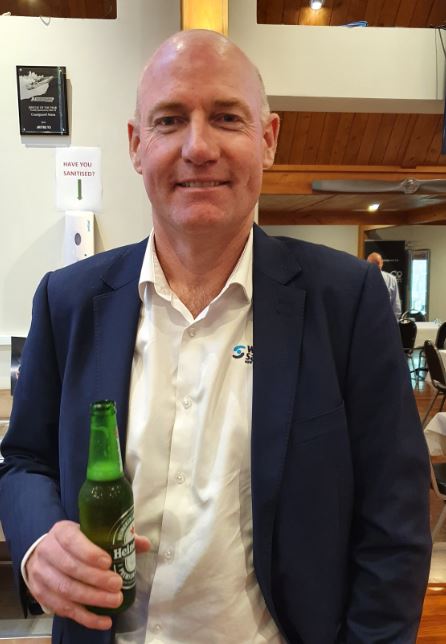 This week we had a vigorous and informative talk by Jonty Mills, CEO of Water Safety New Zealand. Its title was ‘The Evolution of Drowning Prevention’.

Jonty was raised in Plimmerton, where he was active in water sports. He went to work for BP, and there he connected with Surf Lifesaving, through BP’s sponsorship. He has been at Water Safety NZ for 4 years.

Water Safety NZ is a charity and is the umbrella organisation for the water safety sector, which comprises 40 partner organisations, notably Surf Lifesaving and the Coastguard.

It is not a government agency, a regulator, or a legislator. Its prime role is education and awareness and as a funder of partner organisations. Its funds come largely from ACC, Lotteries, and Sport NZ.

At the operational end, ie rescue work, water safety depends almost entirely on volunteers, who in turn are supported by sponsorships and donations.

Death by drowning has long been a problem in New Zealand. We have a long coastline, cold and changeable waters, a population that travels often to remote places around the country, and very high participation in water activities. In earlier times river crossings were particularly dangerous.

Added to this we now have new migrants and overseas students who lack awareness of the dangers, and a macho attitude to the water among young males. People drown, in the main, because they lack survival skills and make bad decisions.

There are about 80 preventable drownings each year, and 20 unpreventable ones (suicides, car accidents, and the like). Drowning is the No1 cause of recreational death and the No3 cause of accidental death. 1400 people are rescued each year by Surf Lifesaving and the NZ Coastguard.

Looking to the future, many school pools have closed, and water skills are not explicitly in the school curriculum, which is a problem since participation in water sports continues to rise. However, young people are more responsible than their elders; for example, they are more amenable to wearing life jackets.

Volunteering is changing, and technology is impacting both on water sports (eg foiling) and rescue techniques.

This was a most engaging talk by someone who really knew his subject.