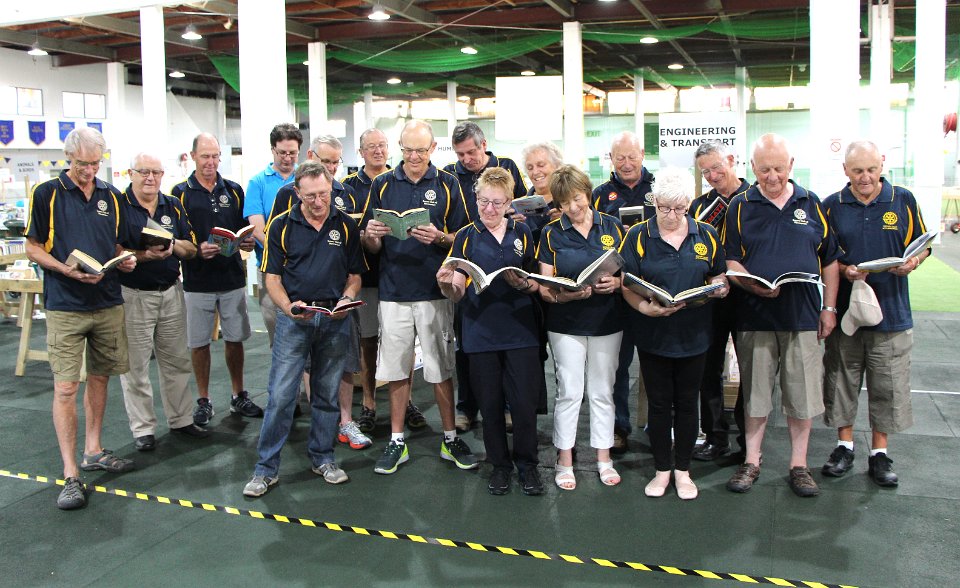 The Rotary Club of Plimmerton Annual Book Fair is the club project which involves more member participation than any other. It was held at the New Zealand Kennel Club premises over the weekend of April 1st and 2nd.

Planning started well before Christmas and the collection and sorting of books got under way at the beginning of March. This quickly became a seven-day-a-week job and the two lock-ups which the club uses were packed to the doors. It was estimated that we ended with over 50,000 books for sale, which would have had an original retail value approaching $2M.

Along the way, a lot of books were discarded as unsaleable. Technical and business books, travel guides and the like tend to date very quickly, and so older ones can’t be sold. This also seems to be true of out-of-fashion authors like Dan Brown. (If anyone wants 30 pristine copies of ‘The da Vinci Code’, let us know.) Anyway, off they went to the recycling centre at the tip and they end their lives as egg-boxes.

The really hard work comes on the Thursday and Friday prior, and the Sunday, when trestles and trays and 1200 banana boxes full of books had to be transported from our lock-ups to the Kennel Club and the remains in the other direction after the event. Luckily we had help from a PD contingent from the Department of Corrections, and parents from Papakowhai School.

Book dealers tend to come early on the Saturday and typically buy large quantities. It’s interesting to observe which books they selected for on-sale in their shops at much higher prices than ours. 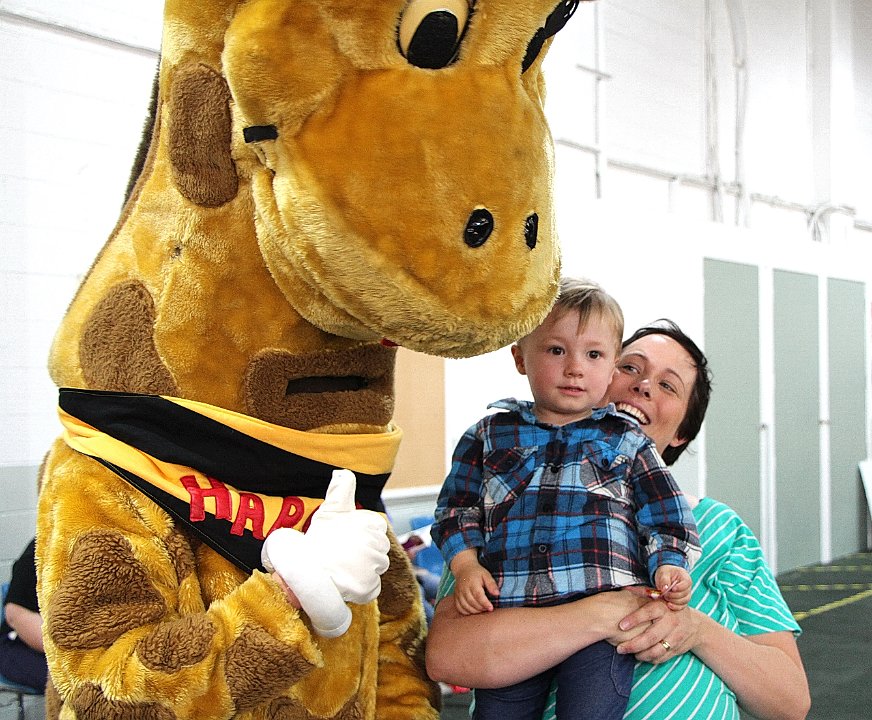 The general public arrived over both days, with Saturday being busier than Sunday- although we made a pitch for families on Sunday by having a bouncy castle and Harold the Giraffe in attendance.

A straw poll at the checkout revealed that customers were aware of the Book Fair because they had been previously, had seen our billboard advertising, or had seen our ad in the Kapi Mana News.

We grossed about $20,000 from book sales, and expenses will be $3000 or so. This is similar to last year’s result. The net proceeds are split between the Club, for various projects, and the Life Education Trust. 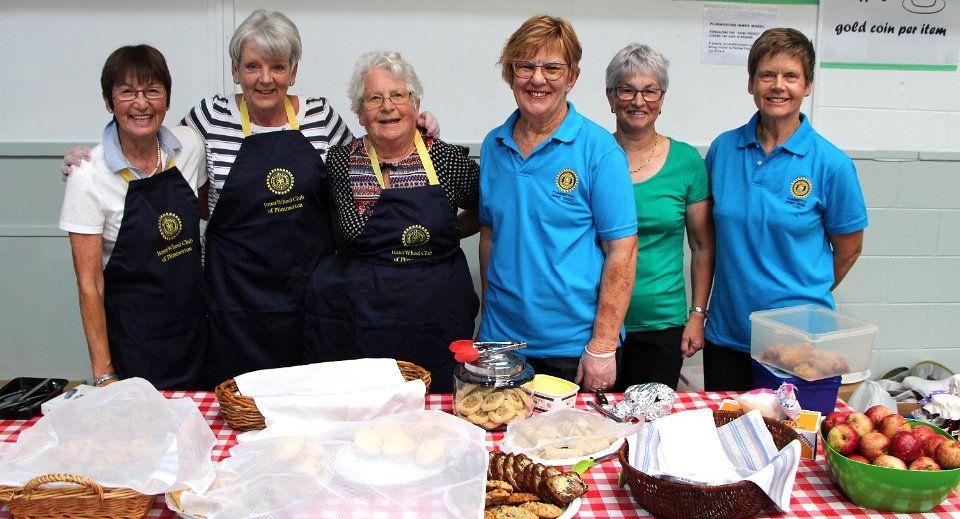 Our Inner Wheel friends provided catering throughout the weekend and raised nearly $1500, which will be donated to the ‘Shine’ Literacy project.

At the end, Zonta chose a good number of left-over books for the library at the Arohata women’s prison, and our own Julie McLagan (with husband Rob) took 12 cartons of children’s books for Maraeroa School. The children there were delighted to hear they could keep the books for themselves, and take some home for their younger brothers and sisters. Julie has become the ‘Book Angel’ at Maraeroa.

Apart from the club members’ efforts, and particularly project leader Allan Nichols, special thanks must go to Ted Nation who gave us the use of two lock-ups and his truck, and Ian Turner for his truck. We also have to thank the good folk at the pick-up points, Tommy’s (Mana), the Professionals (Whitby) and P&Z Decorating. The staff at the NZ Kennel Club were most helpful, too.

In all, a lot of work for the club, but a good result for all concerned.

Another year, another Book Fair
+ Text Size -
Do NOT follow this link or you will be banned from the site! Original generation time 2.7652 seconds. Cache Loaded in: 0.0206 seconds.