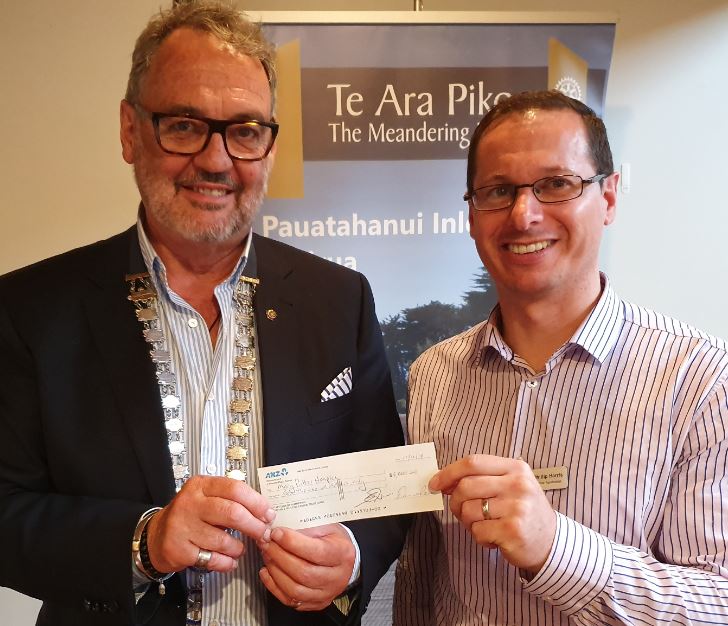 President Euon welcomed Phillip Harris, the Senior Fund Advisor for Mary Potter Hospice in Wellington, who runs fundraising events and encourages corporates to do the same.  Thanks to the 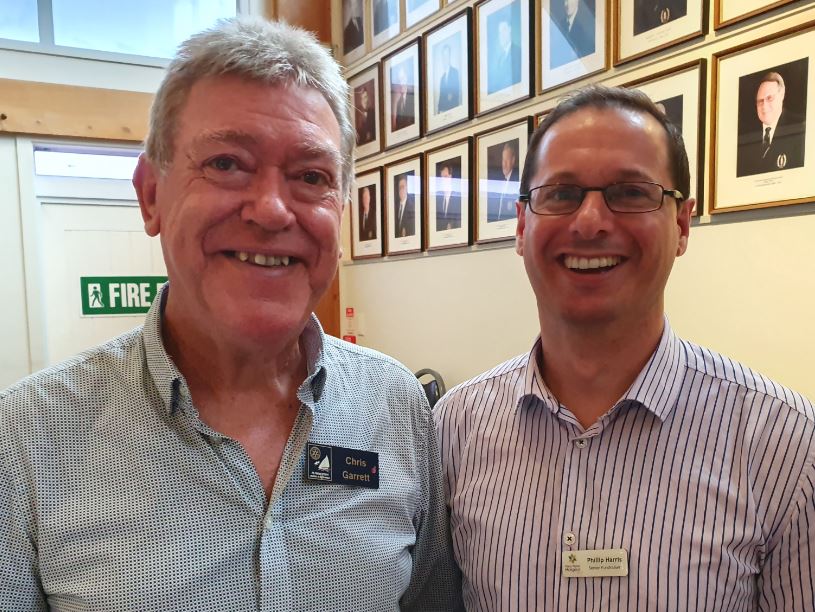 efforts of Chris Garrett and his team in staging the very successful Charity Golf Tournament, he was able to present Phillip with a cheque for $6,000. Phillip told us that this money will go towards the $1 million dollars needed to build the new Community Hospice in Porirua.

Euon has written to Porirua City Council to say that Plimmerton Rotary will be able to support the final stage of Te Ara Piko to the tune of $96,000. The Council confirmed that they are calling for tenders.

This was the night for the two Annual General Meetings. President Euon conducted a fast and efficient Club AGM on the basis that all the documentation had been circulated in advance which had given members a chance to ask questions. The Club AGM and that of the Charitable Trust, run by Donna, both went off without a hitch and sincere votes of thanks were accorded to our Treasurer, Bruch Couch and Secretary, Graeme Tongs, for their hard work and efficient handling of their roles. 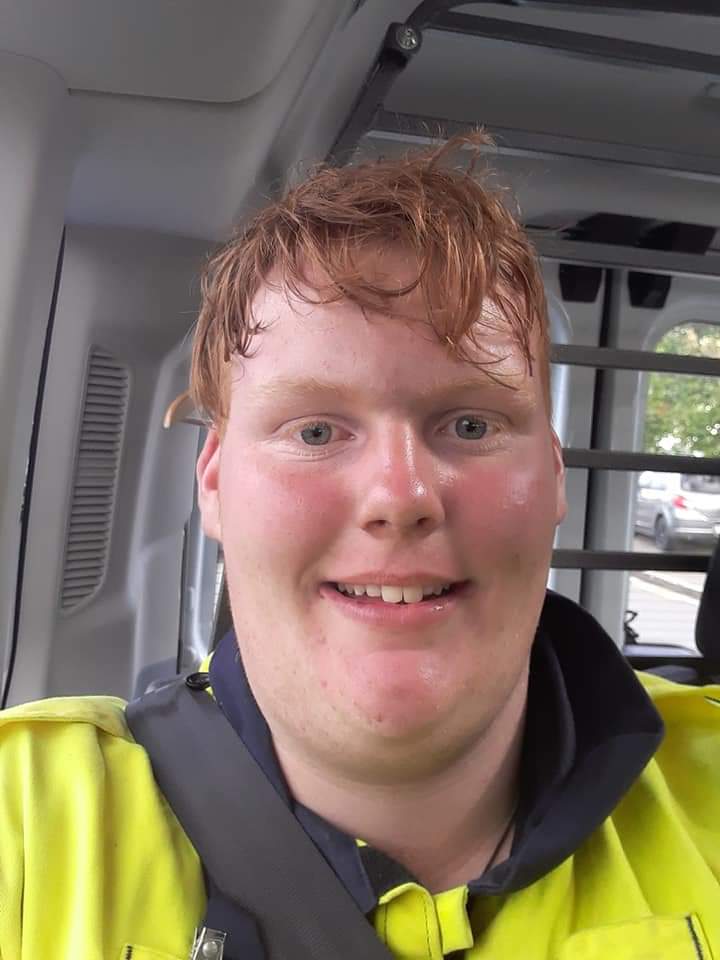 Following his talk to us about himself, and his forthcoming Exchange to The Netherlands, you'll be delighted to know that, following an intensive week-long course in Auckland, Theo Sutorius has passed out / graduated as a firefighter! Congratulations Theo.

The December issue of the Gillies McIndoe Research Institute newsletter has arrived and makes interesting reading. If you didn't receive a copy and would like one, you can ask Wendy to send it to you.

There is one change to the membership list that need not concern members (unless they are visiting physically). Philip Mottram will be living temporarily at 78 Guildford Road, Paraparaumu 5032. Philip's email and mobile numbers remain the same but he no longer has a landline.

Jessica Sebastian, our District Scholarship lawyer in Berlin who is finishing her masters in Human Rights, has written to say that she is doing well and is currently waiting for approval to start her thesis.  She has been accepted to do the IEP Ambassadorial course and has to give a presentation on positive and negative peace.  She is currently enjoying the warmth of Malaysia for her Christmas break as she gets some things ready for her thesis.

President Euon reminded members about the Book Fair in March. Allan Nichols has said that this will be his last year of organising this event and a volunteer is needed urgently who can pick it up and learn the ropes, ready to take over in 2021. He urged members to give this some thought otherwise, the annual Book Fair would be a thing of the past.

Stop Press: Donna (of the eagle eyes) has spotted a sad post on Facebook. The White Island tragedy has touched so many people. Jane Owens, District 9500 Governor, Australia, writes, 'No doubt you have followed the various media stories of the tragic events on White Island New Zealand. Assistant Governor Gavin Dallow was confirmed dead and his step-daughter, Zoe, has also been confirmed dead, being one of the last 6 brought back from the Island. Membership Chair Lisa Dallow was in the Special Burns unit in Hamilton Hospital New Zealand with 57% burns to her body, and has now been transported to The Alfred Hospital's Special Burns Unit in Melbourne.'

Our thoughts are with their loved ones and those of so many others.

We start the New Year on 21 January with a casual get-together at Ruby's on Mana Esplanade. Please remember that the usual procedure for apologies apply so remember to ring Professionals the day before if you can't be there.

At the first formal meeting of 2020, 28 January, we will hear from Rob Wilson about Ghostfishing.

Watch this space ... We have a small window of opportunity in February to watch the Film Festival documentary on the Life of Helen Kelly, to fundraise for International Peace and Understanding. Director, Tony Sutorius, will offer a short introduction and a Q and A at the end.

Euon said that the second half of his year was going to be busy with the Book Fair in March, a Cluster Group 'Hope' Luncheon in aid of youth suicide prevention on 2 June with Tawa and Porirua clubs, supported by the Derek Wootton Trust and hopefully with Sir Graham Henry as the speaker. Following this, the 'Dancing for Life Ed' is going ahead in July at Te Rauparaha (the Taupo event raised $90,000) with a great lineup of celebrities (more information to follow). Half of the funds from this event will go to Life Education Trust, the other half to the Children's Hospital in Wellington.

Graeme Tongs brought us the Parting Thought tonight from Roy L. Smith, 'S/he who has not Christmas in his/her heart will never find it under a tree'.

As his Parting Thought, Don Johnston said, 'I think we should spare a thought this Christmas for those people who were affected by the White Island tragedy last week, the families and friends of those who were killed, maimed, or are still missing. I would also like to wish you all a happy, Happy Christmas and a Merry New Year. For those who are driving somewhere, drive safe, and for those who are staying put, stay safe.'

The first roster for the new year will appear in the Update following our casual evening on 21 January.