It was an altogether humbling experience for members of Plimmerton Rotary to be involved in the inaugural “North Island Rotary Best Speaker Awards.”

Championed by Club member Julie McLagan and generously sponsored by Euon Murrell of Tommys Real Estate, the event was open to intellectually disabled young adults from throughout the North Island.

The aim of the contest was “to increase self-esteem and confidence among IHC youth, often undervalued and overlooked members of our community.” 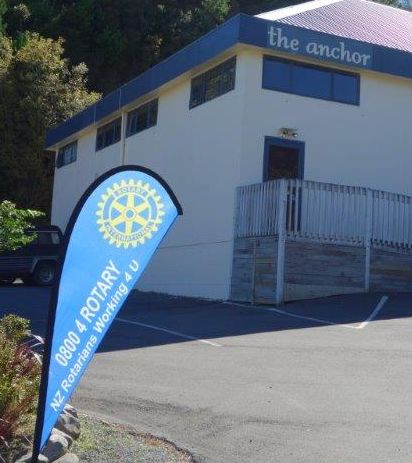 A total of six young speakers entered the contest. Along with family, caregivers, and members of the Rotary Club, they assembled at Anchor Church in Whitby on Saturday 21 March. The subject given to all of the speakers was “Introducing Myself”.

In what must have been a daunting environment for them, each contestant gave of their very best, despite their individual difficulties. The earnestness with which they approached the task had a deep emotional effect on their audience, who were clearly left wondering how these disadvantaged young people could possibly stand in front of a group of strangers and speak so well. 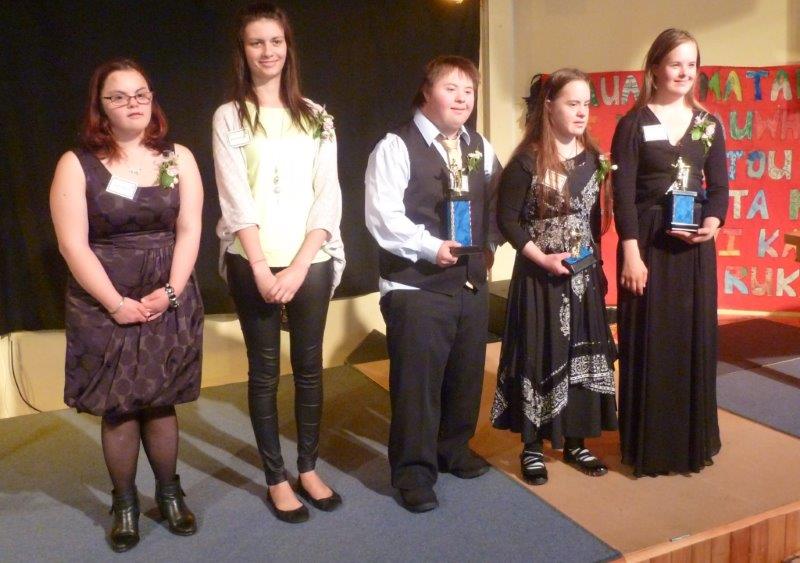 Those who entered the contest were: Tessa Haanen, Laura Haider, Nick Smith and Katrina Sneath, all from the Wellington area, also Michael Pulis from Whakatane and Portia Johnson from Hamilton. The judges were Wendy Betteridge (Convenor), David Knight, and David Pine, all from Plimmerton Rotary, each of whom were current or past members of the Toastmasters organisation. (Following his speech, Nick, a self confessed sporting addict and missing from this photo, left early so that he could watch the cricket quarter final between New Zealand and the West Indies).

After contestants had given their presentations the judges retired to consider their decision. Wendy Betteridge later summed up by saying that although she and her fellow judges had assessed the speakers partly along conventional lines, they had also been sensitive to the degree of disability of each contestant. She said the judges had all felt deeply privileged to be involved with a group of such fine young people. After careful deliberation, the decision of the judges had been unanimous. 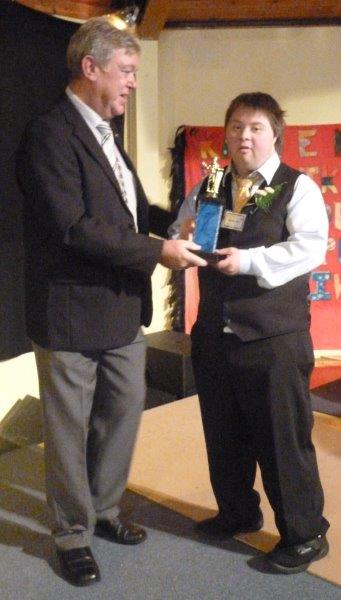 First place was awarded to Michael Pulis, with second place to Katrina Sneath and third place to Laura Haider. These three will now go forward to the final of the national competition to be held at Lincoln University near Christchurch on 31 March, at a function hosted by the Rotary Club of Lincoln.

All six participants received a well-deserved Certificate of Merit.

After the event, Julie McLagan received a note from the father of one of the contestants in which he said: “One of the outcomes we would all like is for our young people with disabilities to be fully integrated into the community. This competition is one way of contributing to that end and illustrating just what these young people are capable of. Our community is all the better for it.”

'Seems we are on a roll!
Last night, Yvonne (our Practice Leader) who comes from Taneatua, applied to the Taneatua Community Board for the balance of the airfares (to Christchurch). She took Michael with her and both attended the meeting. Michael took a copy of his speech and power point, his trophy and certificate of Merit. They asked him questions about his experience in Wellington.
I’m not sure when we started this that we quite realised the benefits that Michael would have from the outcome. He is now 10 feet tall and feeling that nothing stops him when it comes to speaking to people. Previously he noticed when he was not understood, that he was talking fast to keep up with everyone else. The competition has taught him that he has his own speed and he is a winner! He will also be in the local paper later this week.'

We hope that all the other competitors, as well as Michael, have gained significant benefit from having had the courage to enter the competition.