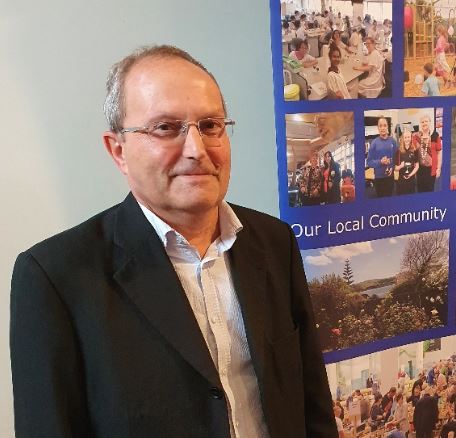 This week’s speaker was Nigel Clarke, senior advisor to the Porirua City Council on harbour and catchment.

Porirua is defined by its spectacular two-armed harbour, but keeping it healthy has become a serious challenge. It is surrounded by roading and housing, and there are fifteen catchments feeding into it, some of them rising in neighbouring jurisdictions.

Long ago, and before the 1855 earthquake, ships could sail into the Pauatahanui arm to discharge at Ration Point. The harbour is shallow now, averaging one metre in depth, and vulnerable to silting.

The health of the harbour has been in decline for some time, with a 50% loss of birds and 80% of seagrass from the 1978 benchmark. Pollutants such as heavy metals, chemicals and plastics flow into the waterways when wastewater overflows occur.

Reversing these problems will take a long time- perhaps 40 years.

Nigel talked us through the bureaucratic maze which he has to navigate: reports, committees, monitoring and collaboration with numerous other agencies, leading to strategies and action plans.

In the end, the tools available to the Council are limited. Engineering works are in hand to contain wastewater, trees can be planted and by-laws tightened up. Major developments like Transmission Gully, and the work of building contractors can be monitored. But the underlying issue is that much pollution is caused by the actions of thousands of householders around the city, and their lifestyles are not easily changed.

Nigel stressed the importance of education and awareness, and community action such as the protection of Taupo Swamp, in which the club is involved already.

Editor's note: Nigel has been kind enough to share his presentation for those who would like to go through it again more slowly.  Double click on this link. Where_to_for_the_Harbour_and_Streams_Rotary_16_February_2021