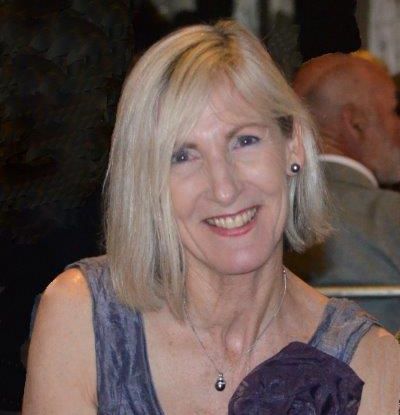 Raewynne Graf has recently re-joined Plimmerton Rotary following her return from Australia. In a lively presentation to members on 15 September, Raewynne explained that on one side of the family her ancestors were originally from Germany. Her grandparents unfortunately lost their family fortune after World War Two, whereupon Raewynne’s grandfather decided to immigrate to New Zealand, but in an unconventional way – he stowed away aboard ship.

Raewynne is an only daughter. Her father was unable to work for a considerable period of time due to an accident, and so the family were pretty much on the 'breadline'. ‘My mother had to go out and work and, despite her skill base, was paid the minimum wage’.

From these difficult early years, Raewynne and her brothers became very independent and enterprising. Career choices  for women were limited at that time and she decided to become a nurse, mainly for the reason to help people. After graduation she was planning to go on her big OE, but fate intervened when she met her future husband.

Thereafter, they decided to move to the country where they established an orchard, built their home, had children and held down other jobs; the business went well but not the marriage.

The years passed and Raewynne took on a complete change of direction, studying at Massey and Victoria Universities. 'I pursued a career as an accredited business Project Manager working across industry in Wellington. This was a fulfilling career for me. Over the last eight years I worked across three universities in Sydney as a Clinical Tutor and Facilitator and arrived back in New Zealand in December 2014'.

Raewynne was delighted to advise that in recent days she had become the grandmother of twin girls who are both dong well.

Inner Wheel
The September Inner Wheel newsletter is up on their page. You can find it here.

Duty Roster
Thanks to Phil Reidy's creative design work, you can find the duty roster for September and October pretty near the top of the right column in the Intranet (you'll need to log in).

Programme
Again thanks to Phil, our schedule of speakers and events for the rest of this year is on our Programme page.  You can direct potential new members to this page so that they can see which of the speakers or events they'd like to come to. It's a really quick and easy way of inviting new friends along to join in our club's activities!

Next week's meeting
Deb and Neville Gimblett are coming to talk to us about their visit to Africa.

Another Changeover loaded into our Gallery
David Pine has managed to track down the Power Point presentation he gave to the club at the end of his 2009-2010 year. If you log in and click on Club Intranet, you will be able to find this in the Photo Gallery at the bottom of the right column in the Intranet + Visual Memories Year by year. It's well worth checking out to bring back happy memories and to recall some of the events that happened during that year.