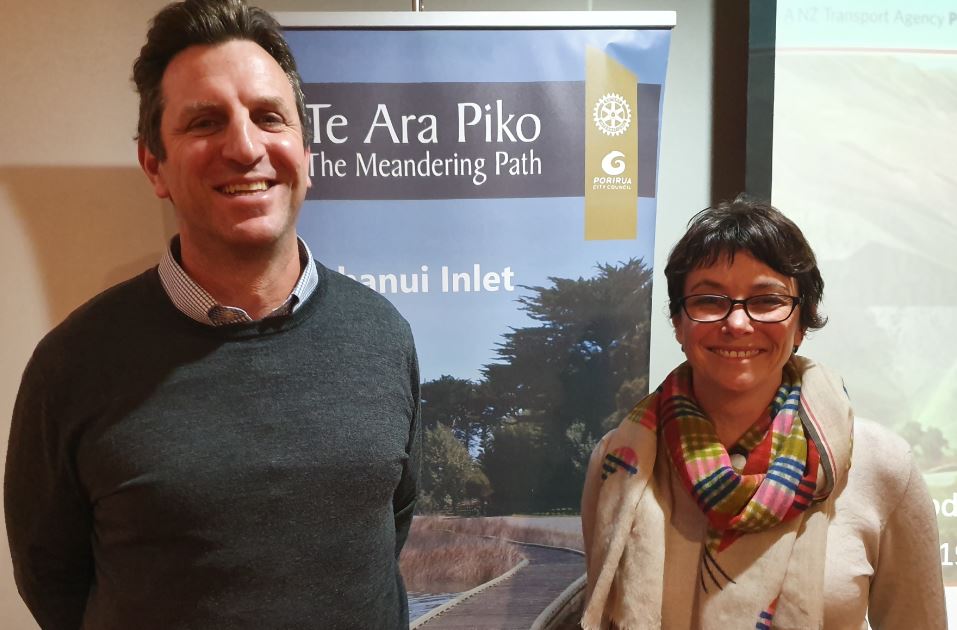 The Transmission Gully roading project has been mired in controversy for generations. There is an urban myth that the US Marines offered to build it at their own expense during the war so that their troops encamped on the Kapiti coast could get to Wellington’s bars and nightclubs more easily.

In the 1970s the cost of the new road was estimated to be $53 million, a trifling sum, but opposition to the idea was fierce. Back then the Porirua City Council’s official policy was to oppose the project, on the grounds that it would bypass and thus isolate the commercial centre of the city. Later the Council became a grudging supporter, despite having to shell out millions of ratepayers’ money on building approach roads.

Those of us living in the northern suburbs will rarely need to use the new road. Whatever its costs and benefits may be, we will be glad to see the end of huge trucks thundering along Mana Esplanade. It’s an ill wind …

Last evening we were treated to an update on the project given by CEO Justin Redelinghuys, and his communications offsider Sarah Ropata. Justin is a civil engineer who is based in Perth but works internationally, managing large construction projects.

Justin talked to a drone flyover video, which took us from the north end at MacKays Crossing to the south end at Tawa. He pointed out the main features along the route, some of which have been rather challenging.

It is a big project, with big numbers attached. So big, in fact, that it has stretched our national resources in several ways. Only 40% of the workers are New Zealanders, with the rest coming from 27 countries. Some of the construction machinery had to be imported, and a new quarry, owned by the project itself, was opened at Willowbank Farm. Rock was even imported from the South Island.

Justin stressed the environmental protection measures which are required by the contract. One million trees have been planted, with another million still to come. Watercourses will be sheltered and shaded. Sediment runoff is a major issue all along the route.

The final construction cost will be $1Billion, more or less, and there is a 25-year maintenance commitment on top of that. Justin was cautious about the opening date but said it would be before the end of 2020.