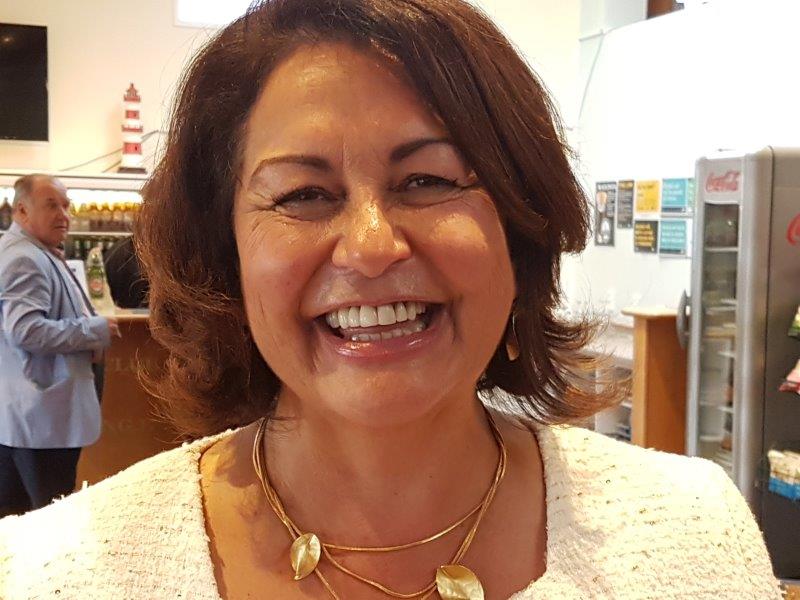 If Education Minister The Honourable Hekia Parata had her way, every child in New Zealand would become fluent in at least two languages. Speaking at Plimmerton Rotary on 14 February, the Minister spoke of her passion for enabling every child in NZ to become well educated generally, and to be able to speak both Maori and English as well as at least one other language.

“My husband Sir Wiri Gardiner and I have been delighted to see the positive effects on both of our children through the opportunity they had to take part in Rotary’s Youth Exchange programme. Each of our daughters spent six months in another country. Mihi lived in France and Rakai in Brazil. This experience has been extremely positive for both of them, and for us as a family. Without Rotary this would not have been possible.” The Minister credited their rural upbringing as a major factor in their children’s sense of belonging. “They know their roots. They are bilingual and bicultural. They are confident about who they are.”

The Minister had signalled in 2016 that she would be stepping down from Parliament in 2017. She had loved her job as Minister “but the country can only take so much of me! It’s time for someone else to take over.”

Ms Parata had been heartened and impressed by the smooth transition from former Prime Minister John Key to the current PM Bill English. “Bill English has been a prudent manager of our economy. We are the envy of so many other countries. We enjoy 3.5% annual growth, rising employment, and a median wage of $66,000. National has a clear plan around finding practical ways to help people get ahead and achieve in their lives.”

The future of education in NZ was a subject that had occupied many minds in Parliament in recent times. “In the not too distant future we hope to complete an overhaul of the way education is funded in this country. We are close to finalizing better ways to help disadvantaged kids, both Maori and Pakeha, to achieve at higher levels. One idea is to enroll Pakeha kids in Maori schools, and Maori kids in Pakeha schools.

The minister was completely opposed to the idea put forward by the Labour/Greens coalition that Te Maori should be compulsory in all schools. “The idea of NZ kids becoming bilingual is great, but schools need to be motivated to introduce the idea voluntarily.”

The way in which children were assessed needed to change. A new system was being trialed which would examine all aspects of a child’s environment. “An holisitic assessment of each child is what is required. And we need to get rid of the decile system of rating schools – this idea of separating rich kids and poor kids is wrong. Class streaming is another aspect which needs to be seriously examined.”

The Minister hoped that in the future all types of children could be accepted into all schools, with better teachers assigned to classes containing students who were struggling. “And the system needs to be modified so that all teachers across the board are encouraged to become the best teachers they can be.”