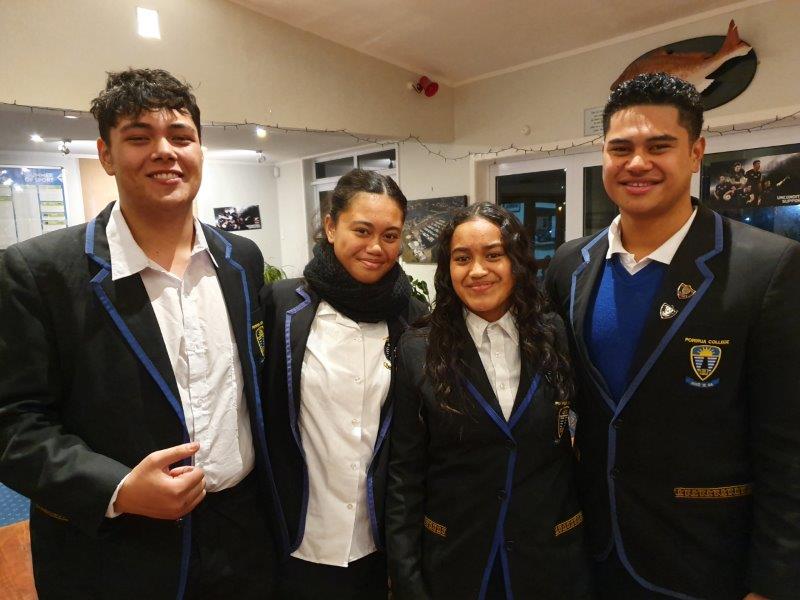 This week Bill McAulay chaired a panel discussion focussed on young people and their opinions. The panellists were all from Porirua College, with which our club has a close association. Pictured here from left to right are:

The students had chosen five themes: Labels, Gender, Sports, Stereotypes, and The Future. They made some initial observations on each theme and then responded to questions from the floor.

Porirua College is unusual. The roll is two-thirds Pasifika and a quarter Maori, a makeup which naturally determines the culture of the school. They told us about prejudice, their pride in the college and the city, and the importance of sport in fixing identity. They considered themselves more liberal than previous generations, especially in gender matters.

In thinking about the future, they were apprehensive about climate change, pollution, species extinctions and the loss of traditional freedoms. They accepted that they were the next responsible generation and would have to deal with these problems.

Were they being too pessimistic? Is the outlook for humanity any worse than during the cold war?

The students were unfazed by having to address a room full of oldies, and confident in their delivery. We wish them the best of luck.

Seventh Formers educate Club Members
+ Text Size -
Do NOT follow this link or you will be banned from the site! Original generation time 1.9575 seconds.