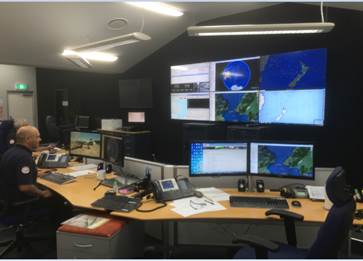 Paul Craven is a man on a mission. He is Operations Manager for the Rescue Co-0rdination Centre of Maritime New Zealand (RCCNZ), based in Wellington.

Speaking at Plimmerton Rotary on 6 June, Mr Craven explained that search and rescue functions globally had been divided into several regions, with NZ’s region including Antarctica, as well as the whole of the Pacific Islands area. It also included Easter Island. “In fact we have the third largest region in the world. It’s equivalent in size to the whole of Europe plus about two thirds of Africa.”

Search and Rescue missions could be by land, sea or air. “If you need to be rescued, and you send out a mayday call, who is going to answer your call? We are. We are the ones who will come to your aid.”

For rescues that were land-based within NZ, or close in shore, it was the NZ Police who RCCNZ would call on to carry out the rescue. For everything else, RCCNZ was there to help, sometimes in conjunction with the NZ Police. “The basic procedure for every rescue is that we take the distress call, gather intelligence about the site and the people involved, search for the victims, locate them and carry out the rescue. For all of this to happen we need to be sure we have the right assets in place at the right time, that we organise the logistics, and that we are able to co-ordinate and manage the actual rescue.”

Emergency locater beacons were critically important. There were some 60,000 of these beacons registered in New Zealand.

RCCNZ sometimes became involved in many other tasks during the course of its work, for example helping with searches in other regions, securing ships that were in distress, dealing with illegal immigrants, and handling bomb alerts.

For offshore searches, RCCNZ would often call on the Defence Force to make planes available. Their Orions would on average be involved in 15 to 20 rescues per annum. The Royal NZ Coast Guard was also called in frequently, as were rescue helicopters such as the Wellngton-based Westpac Rescue Helicopter. 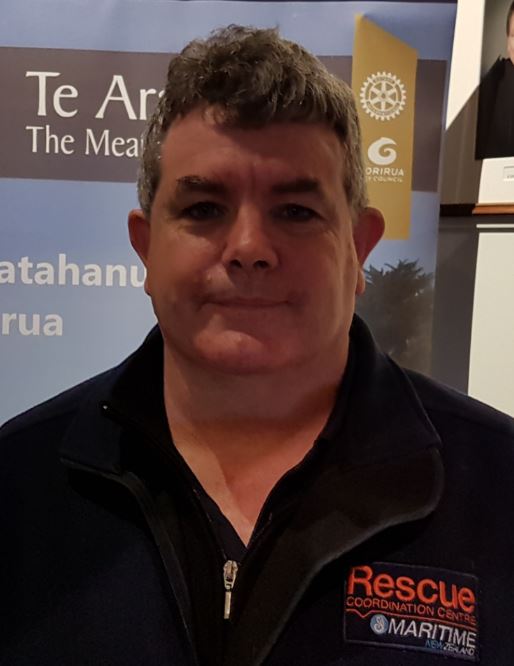 Mr Craven described two long range missions to the Antarctic region. “In one of these there were 24 people stranded on a fishing boat that was stuck in ice and taking in water. Their onboard pump was working OK but the water was coming in faster than the pump could pump it out. It was decided to air drop a more powerful pump to them. This was done successfully and the extra pumping capacity enabled them to stay afloat until help arrived. Without the pump they would probably all have perished.”

The second mission involved a Norwegian reality TV star who owned a super yacht. “This guy and about 6 others sailed the yacht from Norway to Antarctica, where the plan was to jump on their quad bikes and drive to the South Pole. They were able to get their bikes onto Antarctica OK, but the American police arrested them for trespass and confiscated their bikes. Meanwhile those on board the yacht were alerted to the fact that a violent storm was approaching and they should move their vessel to a sheltered location. They completely ignored the warning, and the yacht and all those on board were never seen again.”