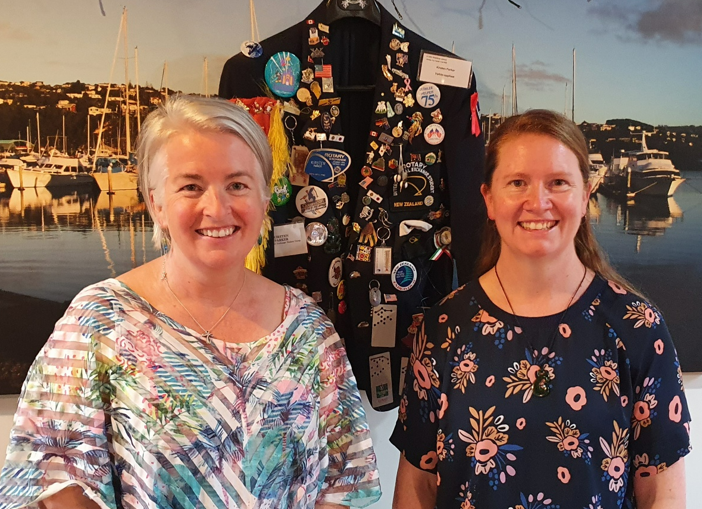 Renee Corner and Kirsten Evans gave a wonderful summation of their experiences on Rotary Youth Programmes and the impact it had on their lives subsequently. While one went to the other side of the world, one stayed a little closer to home but nevertheless the experiences and life outcomes were similar.

While these exchanges took place sometime ago the selection process was thorough and helped ensure the prospective participants were suitable for both the experience they would undergo and the country they would spend their time in. Getting it wrong was not a considered option because the modern-day support mechanisms were just not there. Fast communication was by fax and real letters had to be written as there was no ubiquitous internet or cell phones. Producing a video was a major undertaking and any voice recording was done on a cassette tape.

Parental support was provided very much in the Kiwi way with the normal stoicism expected from families despite their children going either to the other side of the world where English was not the first language and the families acting as hosts were unknown as was the culture or a little closer to home where the same family and cultural differences applied.

The exchanges were largely life changing, providing both tangible and intangible memories reinforced by the photo albums and well badged Rotary jackets for the more formalised Youth Exchange Programme. Life changes were about growing maturity and confidence which led to a sharper focus on career choices, strengthened relationships and a better understanding of how to build them.

The bonds created by living with new families are an important part of the exchange programmes and these have remained strong long after the exchanges finished. These bonds also extend to many of the other students exchanging at the same time.

Nearly two and a half decades have passed since Renee and Kirsten participated. The world has changed but their view on the benefits the programme offers both the students and Rotary remains very strongly positive.