Almost every member of Plimmerton Rotary is involved in one project or another. At the Club’s meeting on 21st November, Projects Committee Chair, Ron Lucas, outlined the current situation. 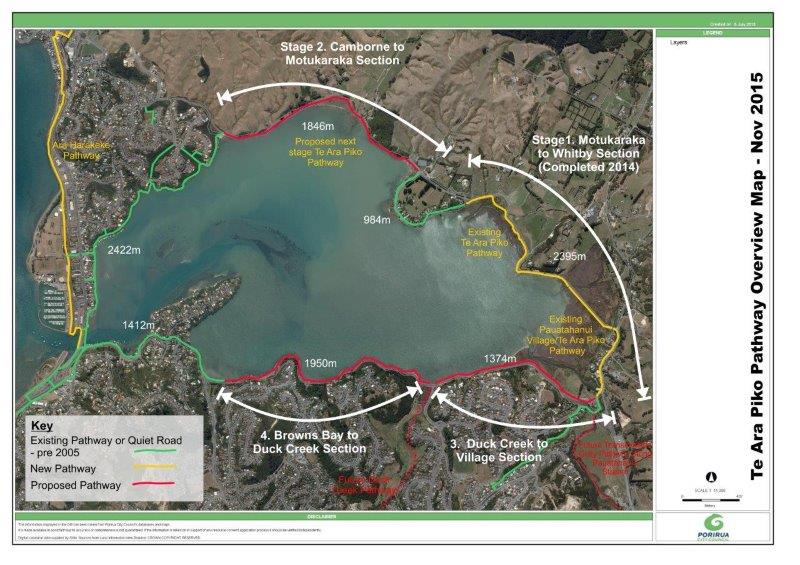 The major ongoing project was Te Ara Piko pathway around the Pauatahanui Inlet, a joint project with Porirua City Council. “We will soon be starting the next stage of this work, with funding being firmed up very soon. When this stage is completed, you will be able to walk along the water’s edge from Pauatahanui Village to Kakaho Stream bridge and boardwalk. The final stage will be from the boardwalk to the ski club parking area.” As well as the construction, the Club would continue to carry out planting either side of the pathway. “We plan to plant a further 600 plants during 2018.”

Club member Adrienne Murray was championing a completely different project, again in partnership with the Council, to provide better access to playgrounds in the Porirua district, particularly for children with disabilities. “The idea is to enable these kids to not only access the but to provide the type of equipment that they will be able to play on”.

Another project being championed by Club member Les Callear, which was expected to have wide appeal for people throughout the region, was connected with the Transmission Gully highway. “The idea here is that on 22nd April 2018 we will have an open day near the motorway works at Battle Hill, where the public can see at first hand a display of the machinery used in the construction, together with other exhibits connected with the project and also a motor show as well.”

In addition to these the Club continued to run its annual book fair at the Porirua Kennel Club in March of each year, which raised funds for the Life Education Trust as well as other local charitable causes. “Plus we continue to provide defibrillators around the district and also we have our free annual blood pressure check days.”

Clearly a busy Club, for busy and committed people.