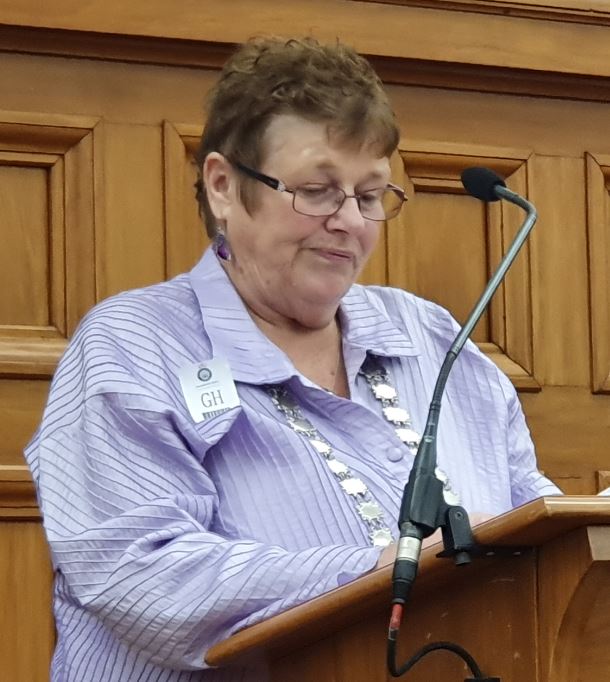 At last night’s Changeover ceremony, Donna Reed reflected widely on how she came to join Rotary, her time as President, and the club’s achievements in the past year.

During her time teaching in Thailand, Donna came across several examples of the good works of the Rotary movement and became involved herself through Interact and Rotaract. On her return, she joined our club and has been active in many ways, including spending three years on the District Youth Committee.

Donna took up the Presidency without having any experience in a similar role, and she recognised the personal growth that followed from that.

She recalled the objectives which were set a year ago and reviewed how the club had performed.

When the club’s activities over twelve months are set out together we see how busy and productive we are. Donna listed an extraordinary range of achievements: Friendship Exchanges, Te Ara Piko development, clean-ups, speech contests and leadership awards, fundraising, migrant literacy, and a host of other things.

The speaker programme has been memorable, too, with an emphasis on maternal and child health.

Donna was particularly proud of the ‘Women in Rotary’ initiative, which is very evident in our own club.

Donna concluded by presenting the 2018-19 Club Achievement Award to Adrienne Murray, which was greeted warmly by those present.