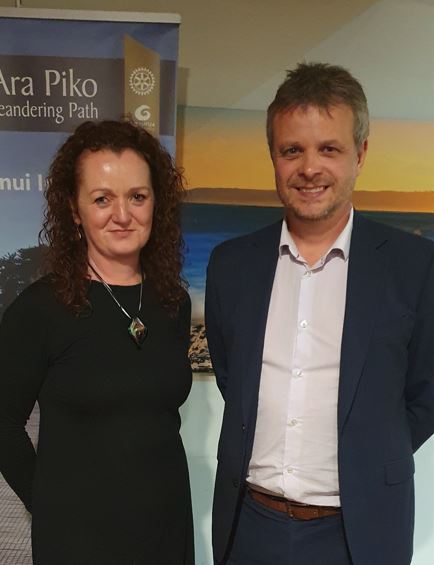 There is a lot, probably too much, going on in the planning world. Last evenings’ speakers were planning commissioner and consultant Gina Sweetman, and Porirua City Planning manager Stewart McKenzie. Gina is the younger daughter of Rhondda and Les, and does a lot of work with, and for, our city council.

They both knew their stuff and were forthright in their views. An overwhelming issue is that our central government has several large balls in the air at once: a review of the 30- year old Resource Management Act, the “Three Waters” proposal, and a review of local government in general. Against this uncertainty, the city council is preparing a new District Plan with a 30-year vision for Porirua.

It will be a plan to deal with growth. Porirua City expects to add 30,000 to its population over 30 years and will need 11,500 new homes and $1.8Bn worth of new infrastructure. This can only be achieved by diversifying housing (eg into medium density types) and making new zoning across the city and surrounding area. Housing will be intensified near transport hubs.

The hearings on the new District Plan will take place from now until June 2022.

Transmission Gulley and the impacts of climate change are more powerful factors than before. The responsibility for dealing with the costs of coastal retreat is yet to be decided.

There was a robust question and answer session. The diminished role of the layperson in planning processes is a constant problem which the city is well aware of. Outcomes for Porirua are to a large degree determined by central government.

Club members were certainly better informed at the close of the lively meeting.

You can access the PowerPoint presentation by Gina and Stewart here.

Planning For Our Future in Porirua - 28 September 2021
+ Text Size -
Do NOT follow this link or you will be banned from the server!